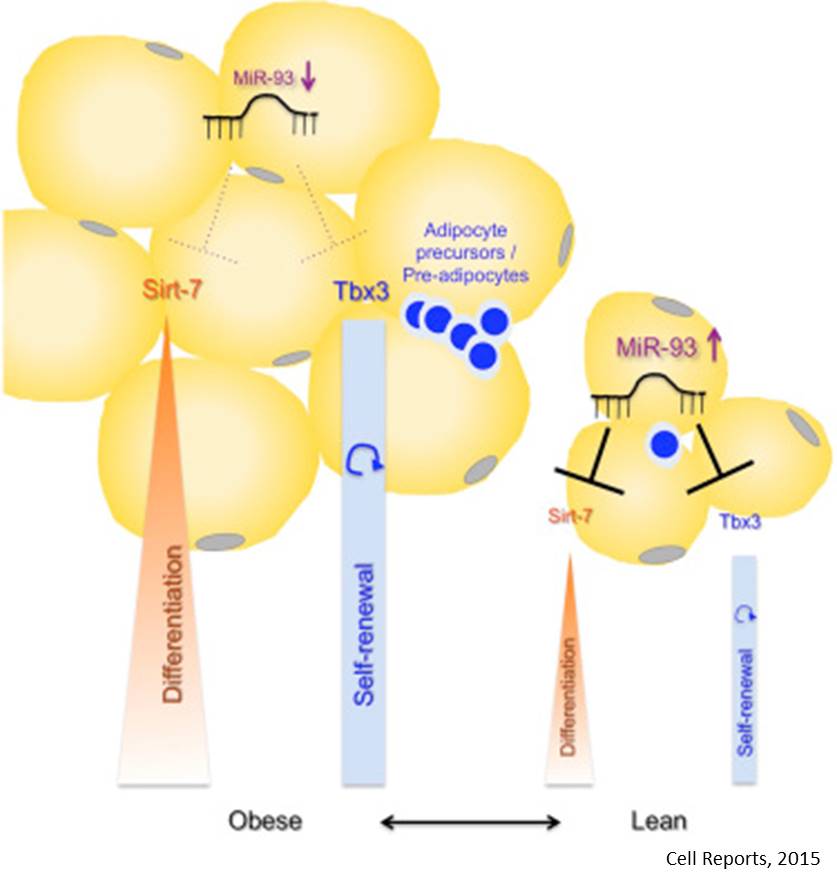 Second, miR-93 inhibits the metabolic target Sirt7, which they identified as a major driver of in vivo adipogenesis via induction of differentiation and maturation of early adipocyte precursors.

Downregulation of miR-93 also occurred in obese ob/obmice, and this phenocopy of mir-25-93-106b–/– was partially reversible with injection of miR-93 mimics.

These data establish miR-93 as a negative regulator of adipogenesis and a potential therapeutic option for obesity and the metabolic syndrome.