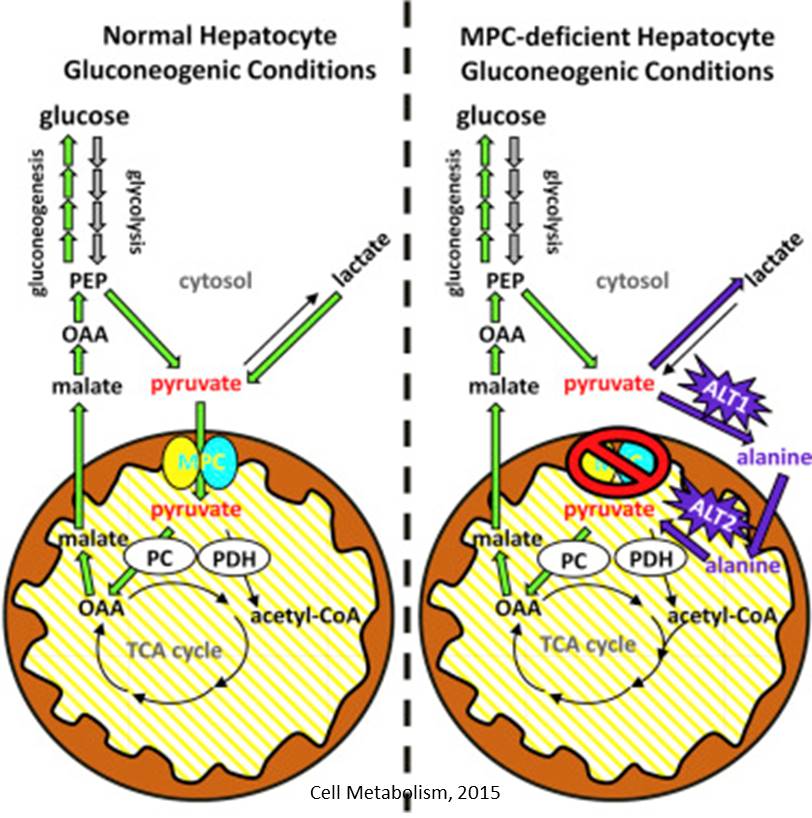 Working in mice, the researchers showed they could reduce glucose production in the liver and lower blood sugar levels. They did so by shutting down a liver protein involved in making glucose, an approach that may work in patients with type 2 diabetes.

The research is published in Cell Metabolism.

Researchers worked with a company that is involved in clinical trials and are evaluating the drug compound MSDC-0602 as a treatment for diabetes. The new study demonstrates that the compound works, at least in part, by inhibiting a protein, mitochondrial pyruvate carrier 2 (MCP2) that's key to glucose production in the liver.

Loss of MPC2 impaired, but did not completely abolish, hepatocyte conversion of labeled pyruvate to TCA cycle intermediates and glucose.

Unbiased metabolomic analyses of livers from fasted LS-Mpc2−/− mice suggested that alterations in amino acid metabolism, including pyruvate-alanine cycling, might compensate for the loss of MPC2.

Recreational cocaine users may have addicted to the drugs unknowingly

How fear can develop out of others' traumas