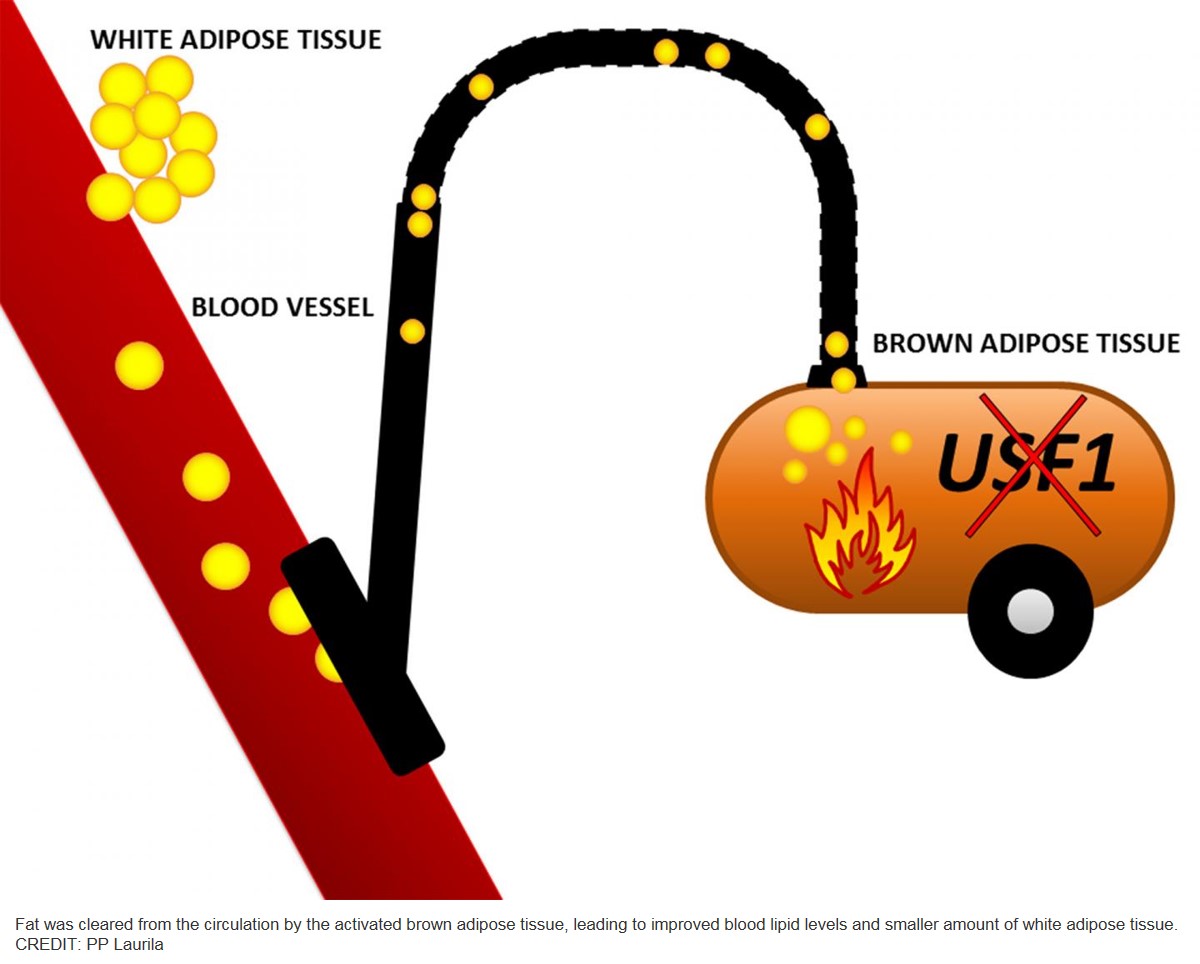 Removal of a gene protected mice against arterial disease, and they stayed lean even when they ate more. Scientists from Finland developed a mouse model which did not gain weight or develop hardening of arteries, even when they were fed a high-fat diet. The study was published by Science Translational Medicine.

The scientists removed the gene USF1 from mice to determine whether USF1 was good or bad for metabolic health - it was already known that the USF1 gene affects cholesterol and triglyceride levels in humans. When USF1 was removed, the blood lipid profile became beneficial regarding heart disease risk: mice lacking USF1 had low levels of triglycerides and high levels of HDL-cholesterol, the exact opposite of that observed in obese people or diabetics. Lower triglyceride levels were due to their more rapid clearance from the circulation.

The scientists initially intended to focus on lipid levels and arterial disease, but an unexpected discovery changed the course of the research: the researchers found that the mice lacking USF1 stayed lean, even when fed a high-fat diet. Meanwhile, the weight of normal mice was nearly doubled in that period. Scientists began to investigate how such an observation was possible.

When the researchers observed that mice lacking USF1 had increased oxygen consumption and carbon dioxide production, they knew they were on the right track - this indicated that the mice had an increased metabolic rate. The driver behind the increased energy expenditure was discovered to be brown fat - whose activity was higher in mice lacking USF1.

While burning energy nutrients, the brown fat also cleared fats and sugars from the circulation to be burned, acting like an efficient vacuum cleaner. As a result, blood lipid levels improved, and importantly, the arteries of the mice lacking USF1 were protected against vascular disease, having only one fourth of the plaques compared to normal mice.

Finally, the researchers explored whether a small amount of USF1 is also beneficial in humans. By combining Finnish population samples, they discovered a less active form of USF1, and showed that individuals having this genetic variant also had improved blood lipid levels, improved insulin sensitivity, and less blood vessel plaques than the average population.

It has been previously thought that brown adipose tissue is present only in certain mammals, such as mice. However, recent studies have shown that brown fat is also present in humans. As inactivation of USF1 protected the mice against obesity, diabetes, and vascular disease, and as the beneficial effects of low USF1 levels were also shown in humans, the researchers concluded that inhibition of USF1 might be a good strategy to treat cardiovascular disease and diabetes.