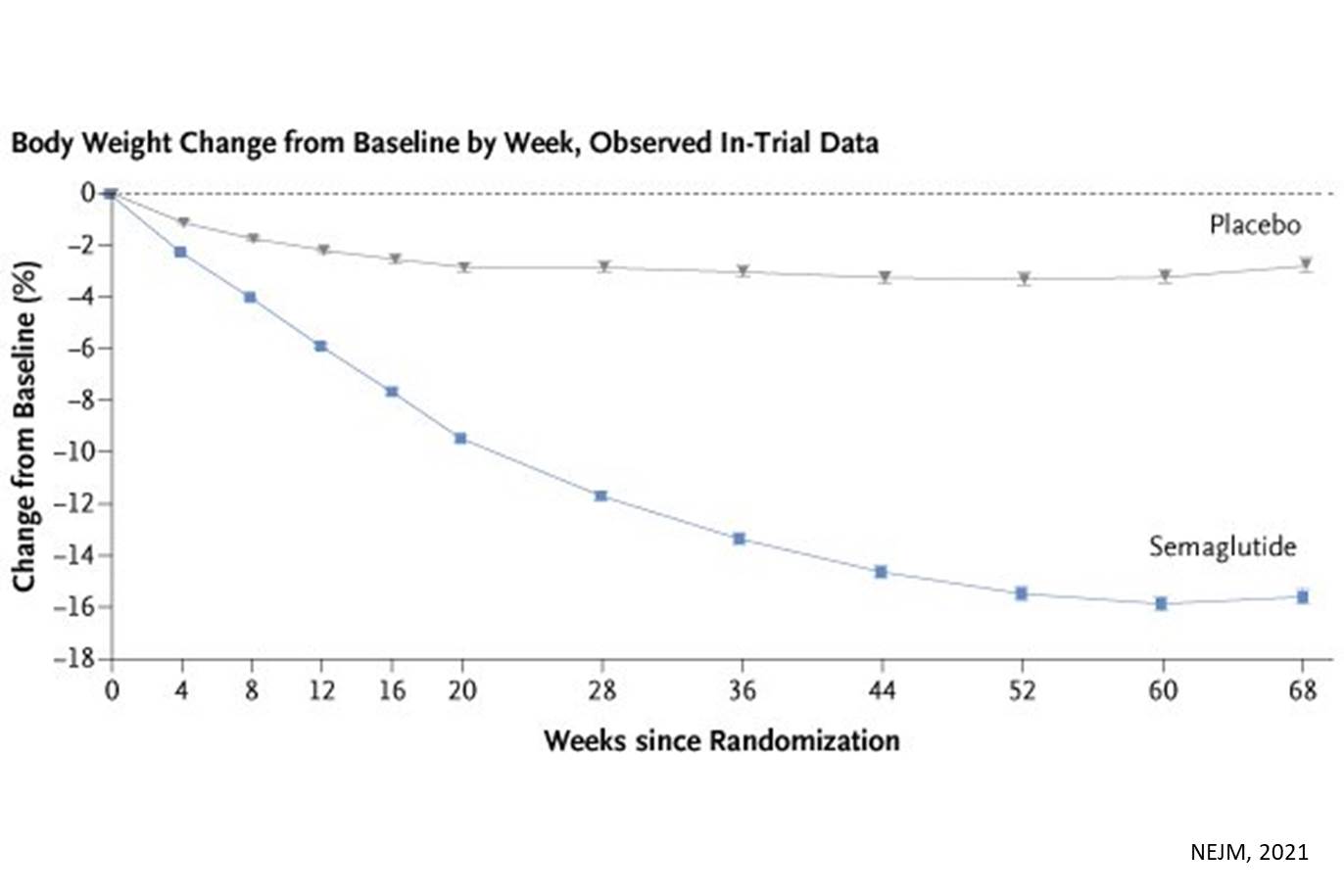 One third (35%) of people who took a new drug for treating obesity lost more than one-fifth (greater than or equal to 20%) of their total body weight, according to a major global study involving UCL researchers.

The findings from the large-scale international trial, published in the New England Journal for Medicine, are being hailed as a "gamechanger" for improving the health of people with obesity and could play a major part in helping the UK to reduce the impact of diseases, such as COVID-19.

The drug, semaglutide, works by hijacking the body's own appetite regulating system in the brain leading to reduced hunger and calorie intake.

The lead author said: "The findings of this study represent a major breakthrough for improving the health of people with obesity. Three quarters (75%) of people who received semaglutide 2.4mg lost more than 10% of their body weight and more than one-third lost more than 20%. No other drug has come close to producing this level of weight loss - this really is a gamechanger. For the first time, people can achieve through drugs what was only possible through weight-loss surgery."

The average participant in the trial lost 15.3kg (nearly 3 stone); this was accompanied by reductions in risk factors for heart disease and diabetes, such as waist circumference, blood fats, blood sugar and blood pressure and reported improvements in their overall quality of life.

With evidence from this trial, semaglutide has been submitted for regulatory approval as a treatment for obesity to the National Institute of Clinical Excellence (NICE), the European Medicines Agency (EMA) and the US Food and Drug Administration (FDA).

Participants took a 2.4mg dose of semaglutide (or matching placebo) weekly via subcutaneously (under the skin) injection; similar to the way people with diabetes inject insulin. Overall, 94.3% of participants completed the 68-week study, which started in autumn 2018.

Those who had taken semaglutide also saw reductions in risk factors for heart disease and diabetes, such as waist circumference, blood fats, blood sugar and blood pressure and reported improvements in their overall quality of life.

Semaglutide is clinically approved to be used for patients with type 2 diabetes, though is typically prescribed in much lower doses of 1mg.

The drug possesses a compound structurally similar to (and mimics) the human glucagon-like peptide-1 (GLP-1) hormone, which is released into the blood from the gut after meals.

While the STEP study has been through Phase I and II trials, assessing the 2.4mg doses for safety, in the Phase III trial some participants reported side effects from the drug including mild-to-moderate nausea and diarrhoea that were transient and generally resolved without permanent discontinuation from the study.