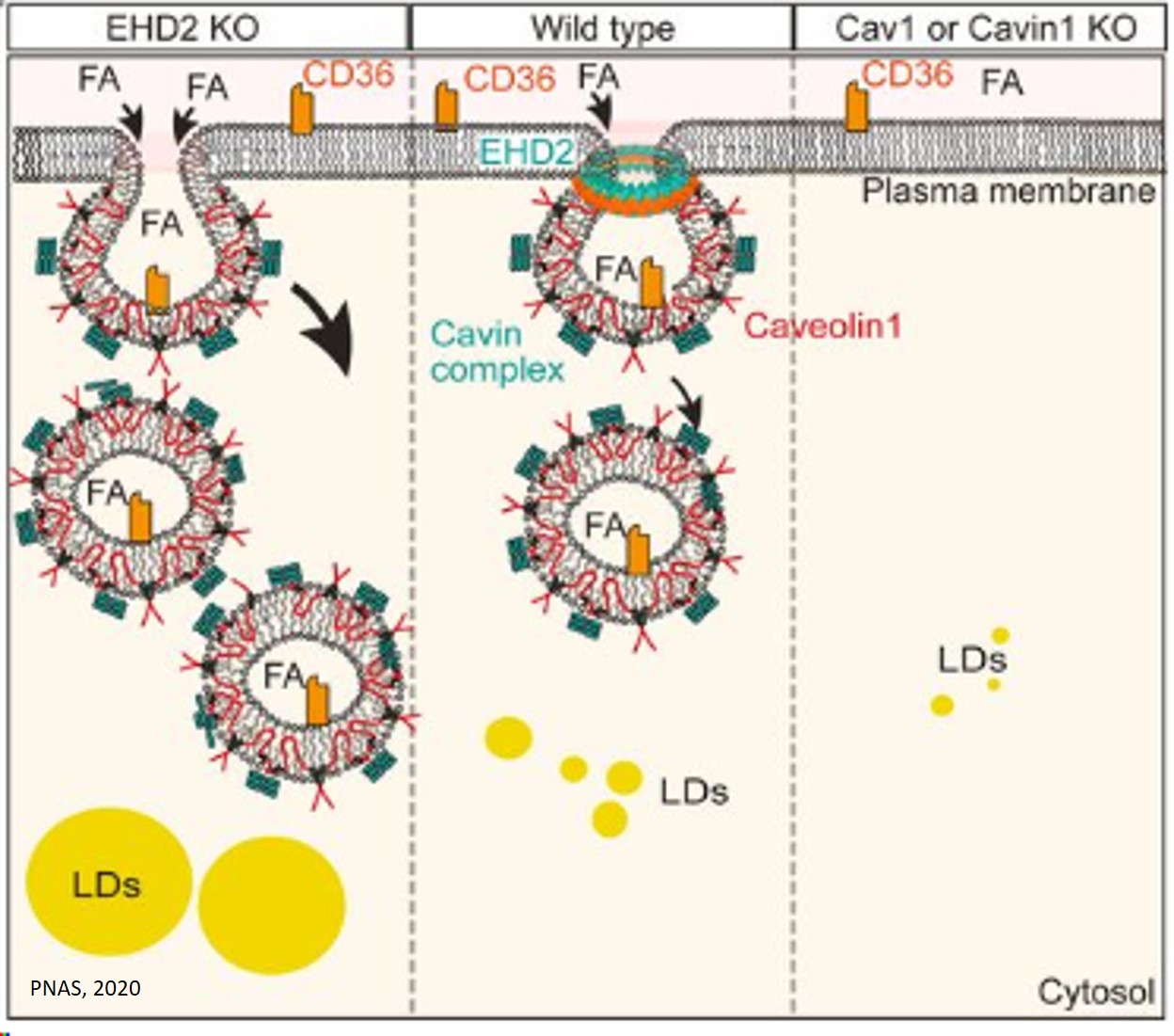 Many foods - whether it's the mozzarella on your favorite pizza, the olive oil in salad dressing or hollandaise sauce during asparagus season - contain lots of fat. The fatty acids in these foods are among the essential nutrients that people need to survive. When someone eats more fatty acids than the body can immediately convert into energy, the extra amount is stored in tissues - often in the form of unwanted rolls of fat around the hips or stomach - and serves as a kind of reserve supply.

The quantity of fatty acids transported by blood to the tissues and deposited there is determined by a wide range of factors. Researchers have now identified one of these factors as the protein EHD2.

If this protein is missing completely, fat-storing cells take up significantly more fatty acids from the cellular environment. "We have discovered that overweight people produce less EHD2 than people with normal weight," the author says. It is not clear yet why this is the case. Based on these new insights, the authors assume that EHD2 controls a metabolic pathway that regulates fatty acid uptake in fat cells. This pathway is modified in obesity, the researchers write in the journal PNAS.

As a membrane protein, EHD2 resides inside muscle and fat cells. During the inward folding of the cell envelope, small flask-shaped membrane structures called caveolae are formed. These invaginations either remain on the surface of the cell membrane or they pinch off and carry foreign material - such as fatty acids - into the cell. This process is known as endocytosis. The researcher assumes that the EHD2 protein assembles into ring-like structures around the neck of the membrane vessel and thus stymies the pinch-off process. The authors are convinced that if EHD2 is not present as a stabilizer, caveolae pinch off more frequently and the cell takes up more fat.

The researchers worked with mice in which the EHD2 gene had been switched off. Using an electron microscope, the authors observed that compared to normal mice, many more caveolae had become detached from the plasma membrane. They were also able to determine that fatty acid uptake was greater in cells lacking EHD2 and that the lipid droplets, which are intracellular accumulations of fat, were larger in these cells.

The authors wanted  to determine if EHD2 has an influence of fat metabolism in humans. So they studied tissue samples from men and women with different body weight. They quickly discovered that in people who were overweight (body mass index of 25 or higher), cells produce less EHD2 than in slim people. The researcher presumes that there is a correlation between frequent membrane pinch-off and the formation of fat depots. "During obesity, we observed that the number of caveolae and their detachment from the membrane get out of sync," the author says.