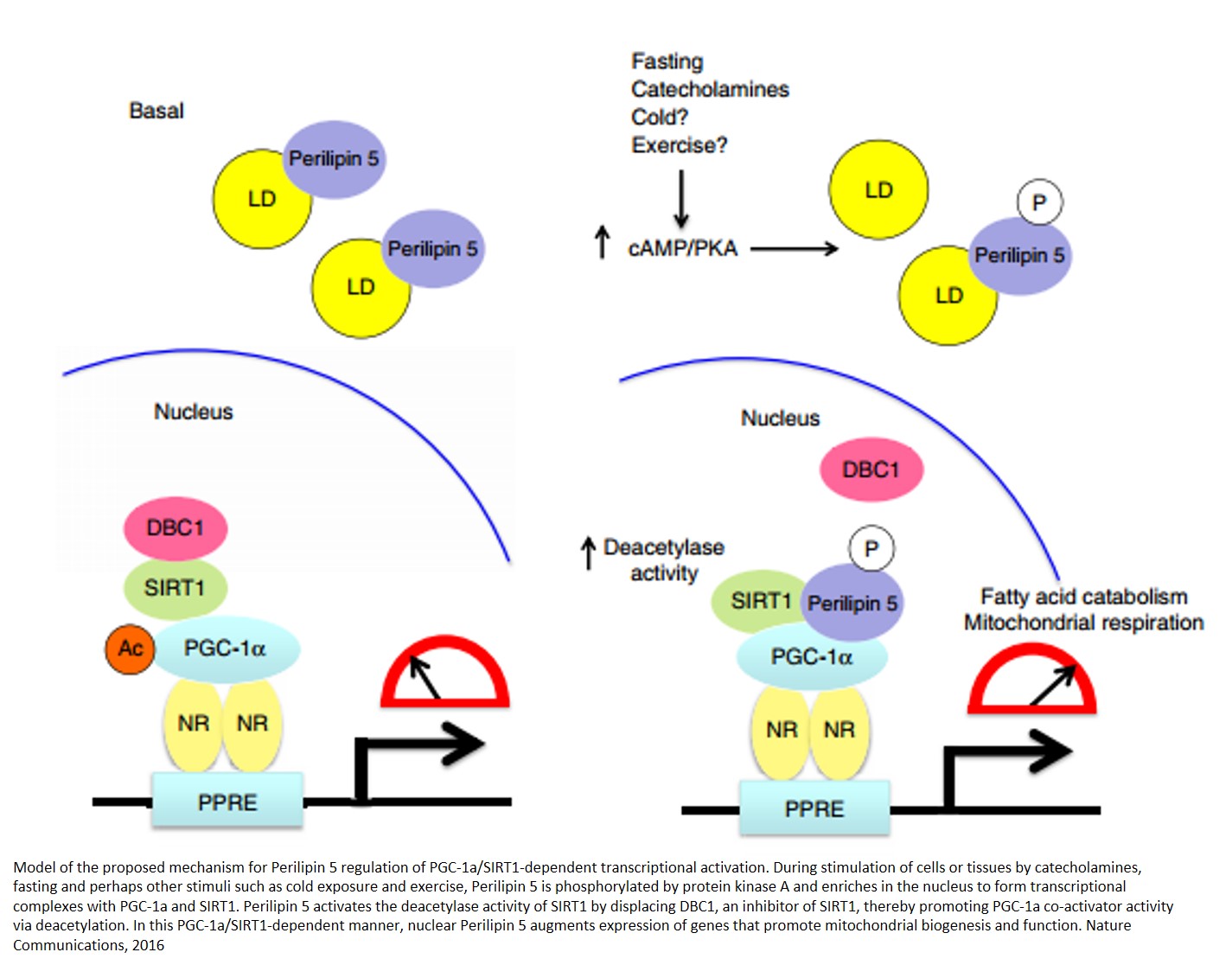 Researchers have found that a protein often located on the surface of fat droplets within cells - and especially abundant in the muscles of endurance athletes - can kick-start the more efficient and healthful breakdown of fat.

The findings could have significant implications for development of new ways to treat obesity and type 2 diabetes, said senior author of the study published in Nature Communications.

More than 29 million Americans have diabetes, and it is the seventh leading cause of death in the U.S., according to the American Diabetes Association. Almost 26 percent of Americans age 65 and older have diabetes.

The study reports a new role for the protein, Perilipin 5, in the cell nucleus as a regulator of fat metabolism. The finding that it was in the nucleus "was a complete surprise to us," said the senior author.

In obese people and rodents, excess fat can accumulate in tissues not specialized for fat storage, such as skeletal muscle, the heart, and liver. This buildup can lead to dysfunction of those tissues.

Trying to break down large amounts of fat can overload the body's metabolic system, swamping the tiny cellular mitochondria whose jobs are to turn fat into fuel for work or heat, he explained. "If you overload the factory with fuel, then it does not work well."

The cells are then left with a brew of partially processed fats that can be toxic to the mitochondria and lead to the insulin resistance seen in type 2 diabetes, author said.

Endurance athletes - who paradoxically accumulate at least as much fat in their muscle cells as do obese, insulin-resistant people - have been found to have higher levels of Perilipin 5, and the the team's new findings may explain why such athletes are able to exploit the increased stored fat for fueling exercise while avoiding the toxicity of increased muscle fat.

In experiments with cultured cells and mice, the research team found that when cells are stimulated to release fat stored in fat droplets, Perilipin 5 can leave the surface of those droplets and move to the cell's nucleus, where it works with another protein, PGC-1α, to encourage the creation of additional - and more efficient - mitochondria. In this way, Perilipin 5, "helps match mitochondrial capacity to burn fat with the fat load in the cell," author said.

The lab's findings eventually could lead to a new approach for treating obesity-related diabetes - perhaps a new drug that could mimic Perilipin 5 or an aspect of its function, author said.

For now, the team is continuing research on the action of Perilipin 5 in mice, and hopes to complete that study by early next year.