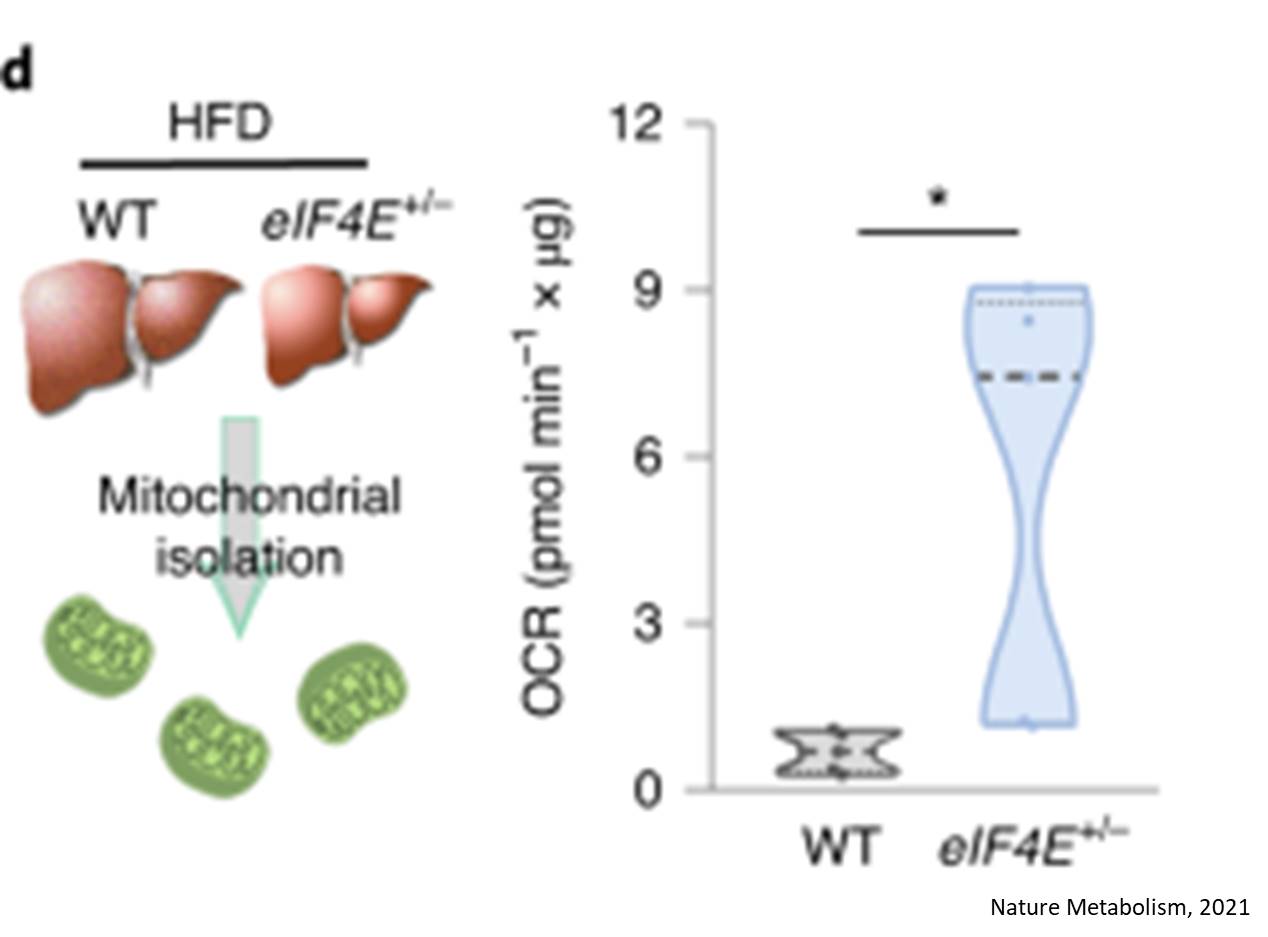 As obesity becomes a growing issue worldwide - nearly tripling over the last-half century - scientists are trying to gain a better understanding of the condition at the molecular level. Now, new research suggests that a single protein could play an outsize role in weight gain.

As reported in Nature Metabolism the researchers found that mice in which activity of a protein called eIF4E is diminished, either genetically or pharmaceutically, gain only half the weight of other mice, even if all the mice eat a high-fat diet.

"These mice were basically protected from weight gain," said the senior author, "and their livers were more healthy and not full of fat droplets."

The eIF4E protein plays a critical role in initiating protein synthesis and is found in all cells of the body. During the process called translation, strands of messenger RNA (mRNA) carry protein-making instructions from genes to ribosomes, the cellular machines in which proteins are made. In organisms ranging from yeast to mammals, eIF4E forms a key part of a complex that binds to a cap at the end of each mRNA strand and guides the mRNA to ribosomes. eIF4E is thereby thought to be essential for the production of all proteins.

Because of its importance, until recently, a full complement of eIF4E was viewed as essential to life. But in 2015 the research group made the surprising discovery that mice that were genetically modified to carry just one copy of the gene for eIF4E - and thus only half the amount of the eIF4E protein found in normal mice - were still able to synthesize proteins and developed normally.

But the team explored whether there might be more subtle effects of eIF4E deletion in certain living conditions. In experiments, the team fed both normal and the eIF4E-modified mice a high-fat diet for five months. As described in Nature Metabolism, they found that the modified mice only gained half as much weight than their counterparts, suggesting that eIF4E activity is involved in fat storage.

"Targeting mRNA translation may become a novel way to cure obesity," said a co-first author of the new paper.

Obesity develops when an individual consumes more energy than they expend. In particular, any excess of dietary fats gets deposited in what are known as lipid droplets in organs like the liver. Compared to the livers from other mice fed a high-fat diet, the livers of the eIF4E-modified mice contained far fewer - and smaller - lipid droplets. With these findings in hand, the group took a closer look at how eIF4E controls obesity.

The authors used mass spectrometry to profile proteins in both the normal and modified mice. From these data, the researchers discovered that many of the proteins present in eIF4E-modified mice were not only reducing lipid storage in the liver, but also boosting lipid metabolism - essentially, the mice could eat more and also burn more fat.

"If you put each type of mouse on treadmills or made them run a marathon, eIF4E-modified mice would always win - they could keep going because they can burn the lipids," said the senior author.

In 2012, the senior author co-founded eFFECTOR Therapeutics, a biopharmaceutical company developing cancer drugs that target translation. Among the small molecules he had already developed is a translation inhibitor called eFT508 (tomivosertib). Currently in clinical trials for various forms of cancer, eFT508 inhibits the actions of eIF4E.

This newly discovered fat-burning mechanism could be enticing for athletes who want to increase their endurance, said another co-first author of the Nature Metabolism paper.

Obesity is a risk factor for cancer, and the new findings involving eIF4E provide an intriguing new perspective on this link, the senior author said and hopes that researchers will more deeply investigate the role of this translation factor in obesity, cancer, and the relationship between the two.

Moving forward, the authors also keen to study whether the eFT508 translation inhibitor can prevent or treat other features of obesity, including non-alcoholic fatty liver disease, or NAFLD - a severe form of liver damage from obesity that may lead to liver cancer.