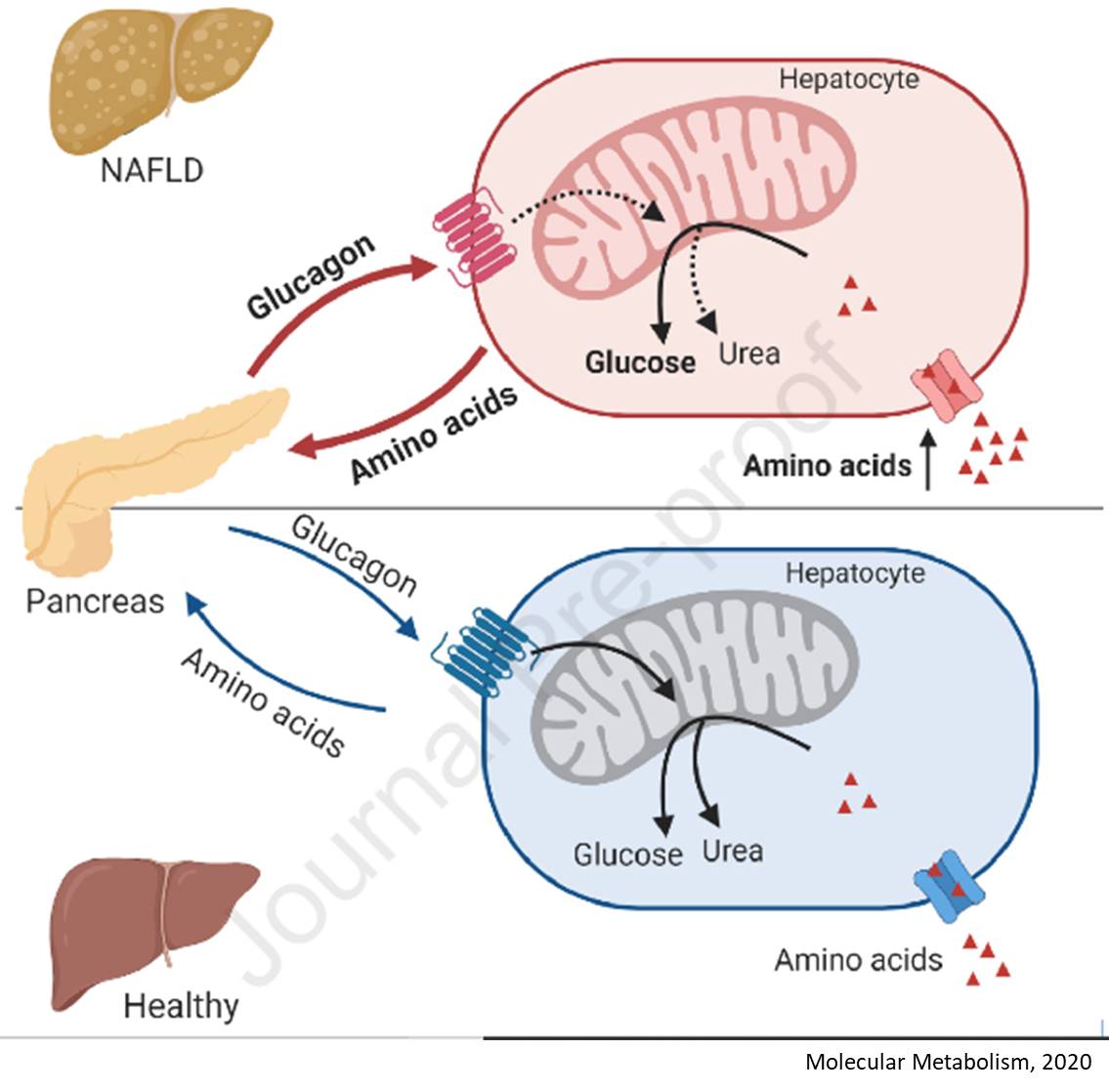 Up to one in four Danes has an unhealthy accumulation of fat in the liver, also known as fatty liver. Fatty liver is rarely the cause of symptoms in itself, but people with fatty liver have an increased risk of developing diabetes. Exactly how the two diseases are linked has, however, so far been unknown.

Now, a new study shows that people with fatty liver have reduced sensitivity to glucagon which increases the glucagon secretion and leads to increased amounts of glucagon in the blood. The same is seen in patients with type 2 diabetes, the vast majority of whom have increased fat in the liver.

With the study, the researchers are introducing an entirely new concept within the field of diabetes: glucagon resistance. They believe that the concept is so fundamental to the understanding of diabetes that it should not be limited to laboratories and research environments.

'Glucagon resistance is an entirely new biological concept that we will include in the future teaching of medical students, just as we do today with insulin resistance', says the author.

'Our study points to a new biomarker (the glucagon-alanine index) that may be useful in identifying persons with impaired glucagon sensitivity. If we can detect glucagon resistance from a blood test, we can start treatment early and thus prevent the development of type 2 diabetes', says the graduate student.

The treatment consists primarily of weight loss, which will limit the amount of fat in the liver, but may also include drugs that go in and inhibit the hormone glucagon.

'We know that the pharmaceutical industry has just started using our marker for glucagon sensitivity in studies where new treatments are tested. Our study has the potential to demonstrate glucagon resistance in fatty liver based on a simple blood test, and we must now investigate this in a so-called lottery experiment', says the author.