Tiny changes in an enzyme reverses prediabetes in mice 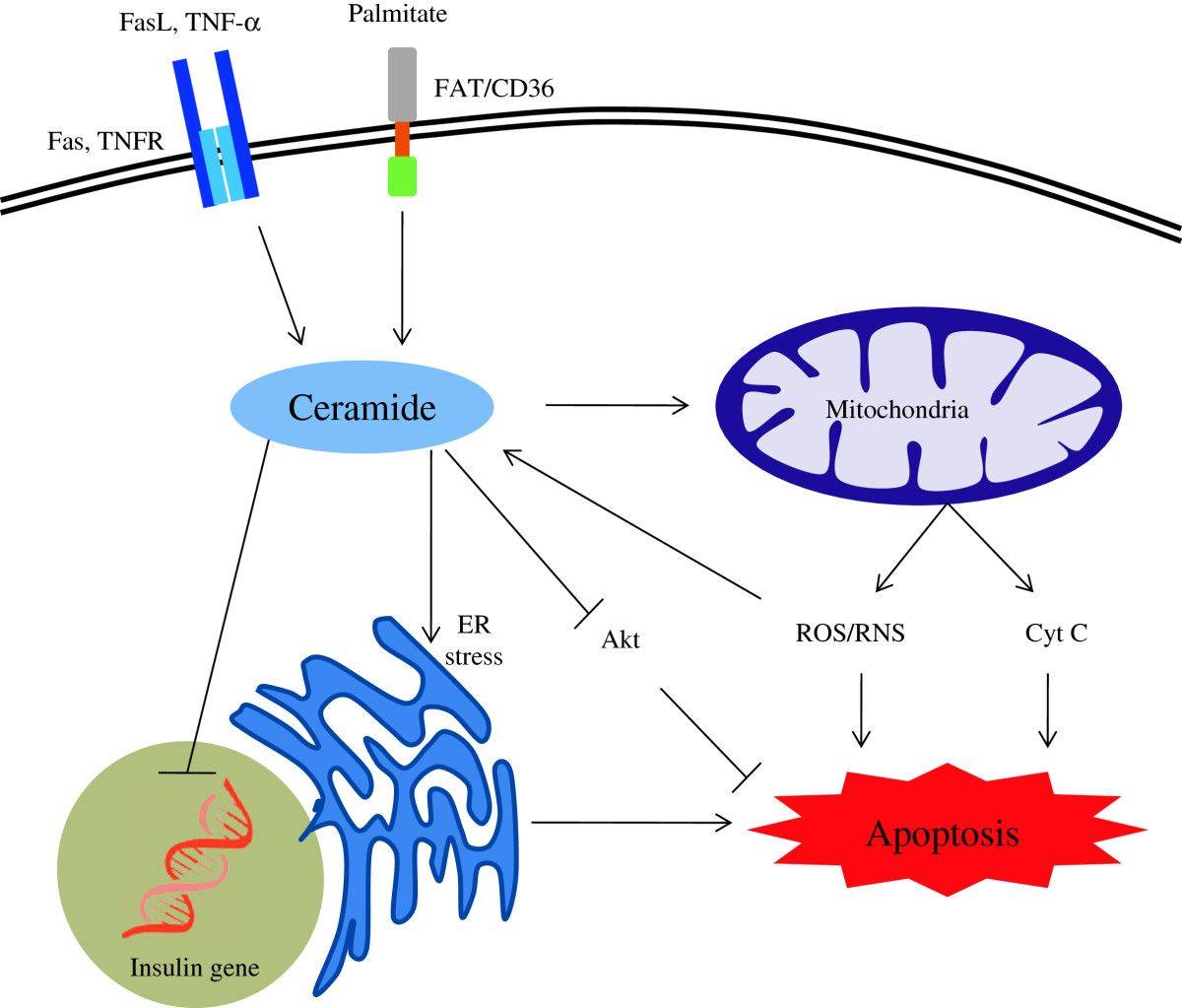 A small chemical change -- shifting the position of two hydrogen atoms -- makes the difference between mice that are healthy and mice with insulin resistance and fatty liver, major risk factors for diabetes and heart disease. Making the change prevented the onset of these symptoms in mice fed a high-fat diet and reversed prediabetes in obese mice.

The scientists changed the trajectory of metabolic disease by deactivating an enzyme called dihydroceramide desaturase 1 (DES1). Doing so stopped the enzyme from removing the final hydrogens from a fatty lipid called ceramide, having an effect of lowering the total amount of ceramides in the body.

The finding published in Science highlights a role for ceramides in metabolic health and pinpoints DES1 as a "druggable" target that could be used to develop new therapies for metabolic disorders such as prediabetes, diabetes and heart disease -- that affect the health of hundreds of millions of Americans.

"We have identified a potential therapeutic strategy that is remarkably effective, and underscores how complex biological systems can be deeply affected by a subtle change in chemistry," says the co-senior author on the study.

This isn't the first time that the group has found that lowering ceramides could reverse signs of diabetes and metabolic disease. However, techniques used in previous experiments caused severe side effects, showing the approach would not be suitable for therapeutic applications.

This time, rather than taking a sledgehammer to the problem, they developed a fine scalpel. They wondered whether making the smallest change possible and at a precise time and place might yield better results.

To lower ceramides, the investigators blocked the final step of ceramide synthesis in two ways. The group genetically engineered mice in which the gene coding for DES1 could be switched off during adulthood and deactivated the gene from tissues throughout the body, or alternatively from either liver or fat cells. The group also injected short hairpin RNA into the adult liver, a method that selectively lowered production of DES1 by destroying the RNA precursor.

The scientists tested the new approaches first by placing adult mice on a high-fat diet - one that resembled cookie dough with plenty of sugar and six times the fat of a normal rodent diet. The mice gained two times their body weight within three months. Along with obesity came a strain on their metabolic health. They developed insulin resistance and fat accumulated in the liver, both signs of metabolic disease.

Within weeks after lowering ceramides using either technique, there were significant changes. Mice remained obese but their metabolic health improved. Fat cleared from the liver and they responded to both insulin and glucose like a healthy, skinny mouse. In contrast to previous interventions, mice remained healthy during the two-month investigation. Long-term effects on health are currently under investigation.

In another paradigm, lowering ceramides before putting the mice on a high-fat diet prevented weight gain and insulin resistance.

Although the impact of lowering ceramides in humans is still unknown, there is evidence that ceramides are linked to metabolic disease, says the co-senior author and points out that clinics are already performing ceramide screening tests to gauge an individual's risk for developing heart disease.

If ceramides cause poor health, why do we have them in the first place? The group addressed the question by measuring how the lipid affects metabolism. They found that ceramides trigger a number of mechanisms that promote the storage of fat in cells. They also impair cells' ability to use glucose, a type of sugar, as fuel.

The evidence for these effects includes activation of a molecular pathway, Akt/PKB, that inhibits both the ability of cells to synthesize sugars and to take them up from the bloodstream. At the same time, ceramides slow the turnover of fatty acids in part by causing cells in the liver to increase fatty acid storage and adipose tissue to burn less fat.

The shift in how cells use fuel is an advantage in the short-term, says the co-senior author. This is because ceramides have another role in stiffening the cell membrane. Further, promoting fat storage increases production of ceramides. These data lead to a model suggesting that one benefit of ceramides is that they protect the cell. When food is plentiful and cells store lots of fat, the increase in ceramide levels strengthen the cells' outer membrane, preventing ruptures.