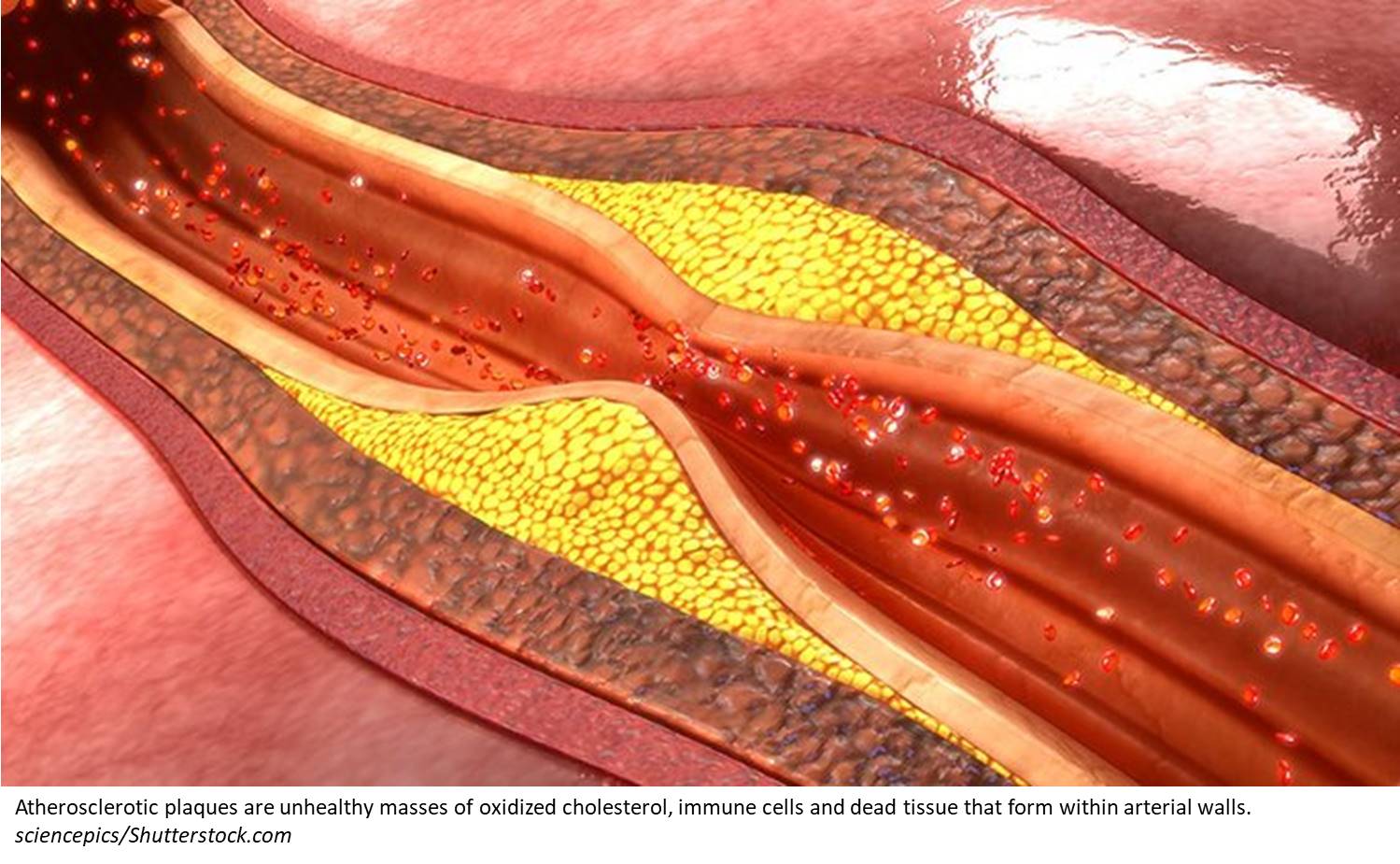 Unregulated cell growth seems to be a driver behind the growth of atherosclerotic plaques, changing the traditional story of plaque formation. The rapid cell growth in the arterial wall is similar to pre-cancerous growth in other tissues.

For decades, the standard story of how atherosclerotic plaque forms focused on the accumulation of cholesterol and inflammatory cells in arterial walls. Now, researchers have identified another factor that initiates the formation of these plaques: inflamed smooth muscle cells in the linings of arterial walls that multiply in an unregulated way.

“Cardiovascular disease remains the world’s No. 1 killer, despite widespread use of cholesterol-lowering medicines,” said the senior author. “Recent studies have indicated that the standard dogma about how atherosclerosis happens wasn’t really capturing the whole story.”

In 1973, researchers proposed that a substantial portion of atherosclerotic plaques were made up of arterial blood vessel cells that had expanded over time, and that these abnormally growing cells could be driving the growth of the plaque. But for decades, that idea was sidelined in favor of findings pointing to the importance of cholesterol in plaque formation.

Recently, the authors renewed their interest in the old finding. They demonstrated that these abnormal blood vessel cells were protected from removal by the immune system, indicating that the cells could be part of the disease process underlying plaque formation.

To find out how these rapidly proliferating cells arise, sparking the chain of events that leads to plaque formation, the researchers looked at blood vessel muscle cells in a plaque using “rainbow” mice, which can be triggered so that every cell in their bodies expresses a particular color of a fluorescent protein.  A single cell can be marked the color red, for instance. As it and its offspring divide, all the exact copies, or clones, that arise will colored red.  The researchers showed that early in the formation of a plaque, a single cell in the smooth muscle cell layer of the artery starts to proliferate more than it should, leading to the growth of a lesion in the vessel wall that can constrict blood flow.

Normally, such poorly regulated cell growth can be controlled by immune cells that eat the outlaw cells. But in addition to losing regulatory features that control cell growth, the smooth muscle cells arm themselves with CD47, a cell marker that gives off a “don’t eat me” signal to immune cells.

“The combination of hyperproliferative growth and increased expression of ‘don’t eat me’ signals that frustrate immune mechanisms that would otherwise control them give these cells a competitive advantage over normal smooth muscle cells,” the senior author said.

A paper describing the research was published in the Proceedings of the National Academy of Sciences.

The authors identified an additional characteristic of these rogue cells that leads to plaque formation. “The cells are not only proliferating in an uncontrolled way, they are also spewing out inflammatory factors,” the senior author said. When the researchers looked at the genes turned on and off in proliferating cells, they found that they produced high levels of a molecule called C3, a key part of the immune system that pumps up immune activity and inflammation. A systemic increase in C3 is known to be a risk factor in cardiovascular disease.

Moving beyond the mouse model and into human patients, they confirmed that C3 production is increased in a subset of smooth muscle blood vessel cells in human plaques.

Finally, the researchers analyzed plaque samples from patients with coronary artery disease and confirmed that human plaques had cells that had gene expression profiles similar to those of the plaque-initiating smooth muscle cells in the mouse model.

“This research confirms that plaques are founded on a clone of arterial smooth muscle cells that are rapidly dividing, evading immune control, and producing prodigious amounts of pro-inflammatory signals,” the senior author said.

The unregulated clonal expansion of cells in atherosclerotic plaques parallels that of poorly regulated cell growth in cancerous or pre-cancerous tissues, the researchers said.

“The clonal expansion of smooth muscle cells looks a lot like what we find in other pre-cancerous diseases like myelodysplastic syndrome,” which is caused by a clone of blood-forming stem cells taking over the blood forming system, said professor  a co-author on the paper. “In theory, given enough time, this might become a cancer of the arteries, but it kills people through plaque formation long before that.”

“If we block the CD47 signaling, these plaques start to go away,” the senior author said. There is currently no FDA-approved therapy to block CD47 signaling, but anti-CD47 therapies are in clinical trials as a cancer therapy. Clinical trials of anti-CD47 therapy against atherosclerosis are likely to follow, the author said. Researchers are also still working to understand how the unregulated blood vessel cell growth relates to the accumulation of cholesterol and other materials in plaques.

The senior author said that the proliferative smooth muscle cell model of atherosclerotic plaque formation has implications that point to other possible treatments. “These multiplying cells can give rise to different varieties of smooth muscle cell, some bad and some good,” the author said.  “In the future we may be able to bias the reproduction of these cells away from the bad, toward the good.”