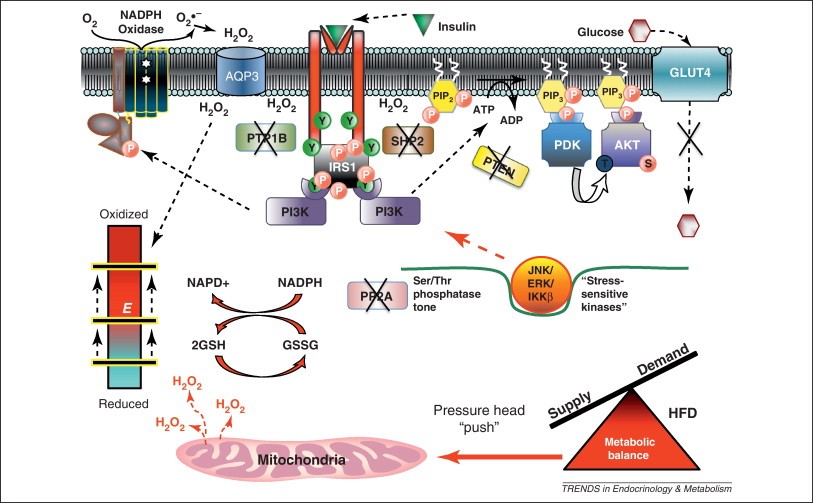 The research involved six healthy men who were either of normal weight or overweight. The research team asked the men to consume 6,000 calories of a typical American diet every day for one week.

That's a huge boost in food intake: According to the Institute of Medicine, a healthy diet for the average sedentary male aged 30 to 50 years should average around 2,200 calories per day.

The six men were monitored closely in a hospital as they engaged in the high-calorie diet. The men were also not allowed to engage in any physical activity during this time.

Reporting in Science Translational Medicine, the research team said that all of the men gained an average of about eight pounds in just a week.

In addition, in as little as two days after starting the diet, all of the men reached a metabolic state known as insulin resistance—often a precursor to diabetes. Insulin resistance occurs when the body produces the hormone, but cannot use it efficiently. What exactly is happening?

The new study suggests that the oxidative stress on cells—stemming from eating excessive amounts of food—may be the missing link. Oxidative stress involves the overproduction of oxygen byproducts that are toxic to cells, the researchers explained in a university news release.

After analyzing the men's urine and fat tissue, the researchers spotted a rise in proteins associated with oxidative stress.

Oxidative stress appeared to trigger changes to a glucose transporter protein, known as GLUT4. These changes may have affected the protein's ability take up glucose in response to insulin, leading to insulin resistance, the team theorized.

According to the researchers, the findings suggest an antioxidant treatment, or a therapy designed to target GLUT4, might someday help control obesity-linked insulin resistance.

While the study was small and relatively brief, it certainly does reinforce recommendations for folks to be mindful about their intake of calories and to exercise more. Glucose or insulin, which is the culprit in patients with covid-19 and diabetes?