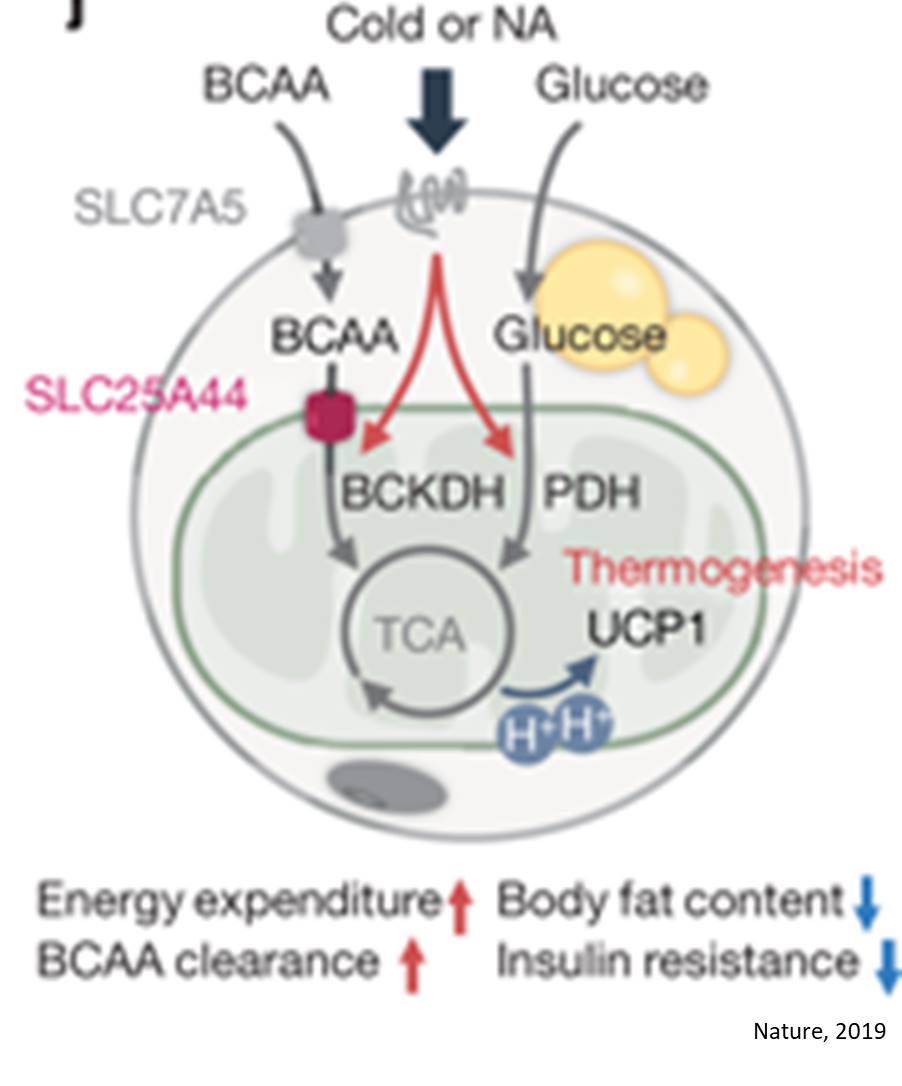 Scientists have discovered how brown fat, also known as brown adipose tissue, may help protect against obesity and diabetes. Their study in the journal Nature adds to our knowledge about the role of brown fat in human health and could lead to new medications for treating obesity and type 2 diabetes.

Brown fat is considered a heat organ. People have a few grams of it in areas including the neck, collarbone, kidneys and spinal cord. When activated by cool temperatures, brown fat uses sugar and fat from the blood to generate heat in the body.

The study found that brown fat could also help the body filter and remove branched-chain amino acids (BCAAs) from the blood. BCAAs (leucine, isoleucine and valine) are found in foods like eggs, meat, fish, chicken and milk, but also in supplements used by some athletes and people who want to build muscle mass.

In normal concentrations in the blood, these amino acids are essential for good health. In excessive amounts, they're linked to diabetes and obesity. The researchers found that people with little or no brown fat have reduced ability to clear BCAAs from their blood, and that may lead to the development of obesity and diabetes.

The study also solved a 20-plus year mystery about brown fat: how BCAAs enter the mitochondria that generate energy and heat in cells. The scientists discovered that a novel protein (called  4) controls the rate at which brown fat clears the amino acids from the blood and uses them to produce energy and heat.

"Our study explains the paradox that BCAA supplements can potentially benefit those with active brown fat, such as healthy people, but can be detrimental to others, including the elderly, obese and people with diabetes," said co-author.

Researchers next need to determine whether uptake of BCAAs by brown fat can be controlled by environmental factors - such as exposure to mildly cold temperatures (65 degrees Fahrenheit) or consumption of spicy foods - or by drugs. This could improve blood sugar levels that are linked to diabetes and obesity, the co-author said.