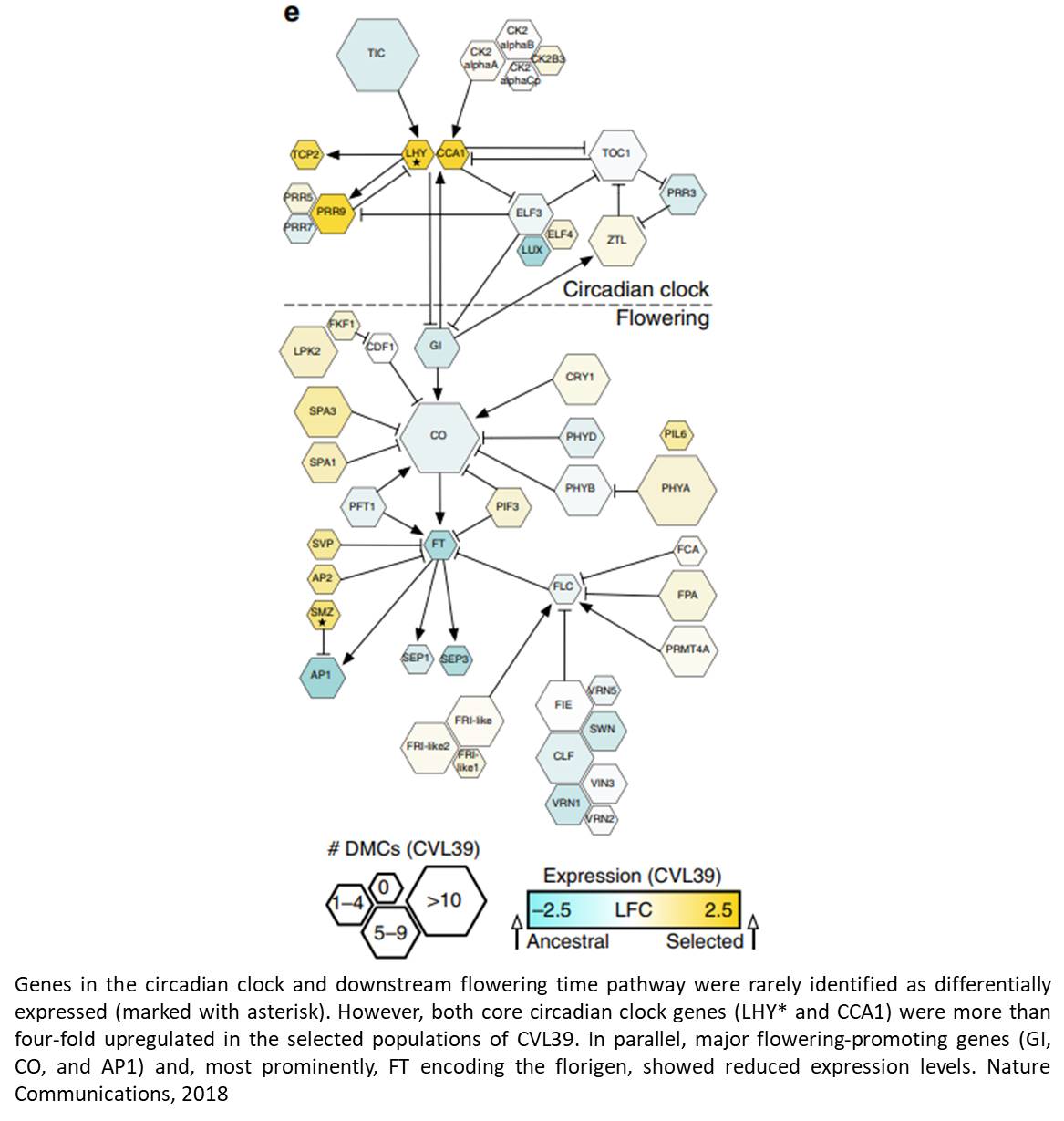 The sequence of genes passed on to daughter cells or offspring isn't the only factor that determines the traits of cells and organisms. Chemical changes in the genetic material that do not alter the underlying DNA sequence also play a role in controlling which genes are active or inactive. Methylation is one such epigenetic mark, which involves the addition of small chemical groups to specific bases in the DNA. The role of the inheritance of epigenetic variation in humans and mammals is controversial; however, there are several examples of epigenetic inheritance in plants.

Plant biologists have now demonstrated that naturally occurring epigenetic variation in mouse-ear cress (Arabidopsis thaliana) is subject to selection. The team showed that newly selected traits - which are important for seed dispersal - are passed on for at least two to three generations even without selection. "Epigenetic variation thus contributes to the ability of plants to quickly adapt to changes in the environment without sequence changes in the genome," explains the researcher.

In their experiment, the plant biologists simulated a rapidly changing environment. They selected Arabidopsis populations over five generations according to how far they dispersed their seeds. Only seeds that spread to locations a certain distance from the mother plant were used for the subsequent generation. The researchers then took the seeds of three independent populations featuring effective seed dispersal and grew them together with seeds of the original, non-selected population - but this time in an environment without selection pressure. The plant populations were examined in depth after a further two generations.

"We were able to show that in the selected plants, two traits that are important for seed dispersal were different compared to the original population. The plants flowered later and had a higher number of branches," says the author. These changes could not be traced back to mutations in the genome of the plants. However, the researchers found significant differences in the epigenome: The state of methylation was altered at about 50,000 bases in the DNA. Differences were also found in the activity of genes that controlled flowering, for example.

Even under normal environmental conditions without selection, the new traits were maintained for at least two to three generations. "Like genetic variation, epigenetic variation is subject to selection and contributes to the diversity of plant traits. Since the genetic basis of crops is often very limited, epigenetics could be used to expand the material for plant breeding," emphasizes the author. Climate change is likely to alter the environmental conditions in many of the world's regions within a short period of time. Plant species that can quickly adapt to changes are thus becoming increasingly important.