Genetic code for wheat unraveled for the first time 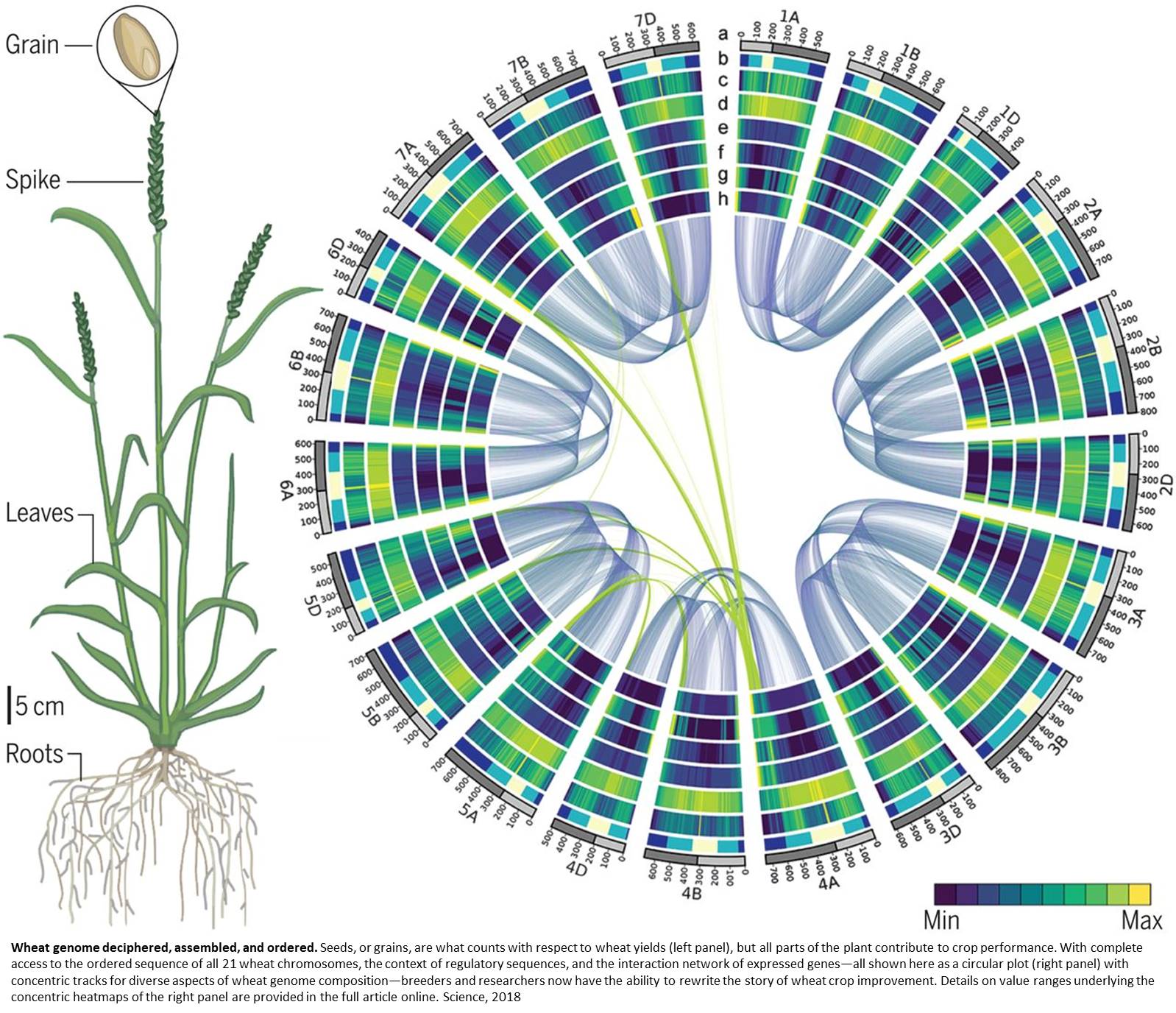 Researchers published findings in Science detailing the full genome sequence of wheat, the world's most widely cultivated crop. Additionally, a second companion paper was published in the same issue of Science using this genome sequence to examine the way genes are expressed in wheat, specifically relating to heat, drought, and disease stressors. This work will pave the way for the production of wheat varieties better adapted to climate challenges, with higher yields, enhanced nutritional quality, and improved sustainability.

The research article - authored by more than 200 scientists from 73 research institutions in 20 countries - presents the reference genome sequence of the wheat variety Chinese Spring. The DNA sequence ordered along the 21 wheat chromosomes is the highest quality genome sequence produced to date for wheat. It is the result of 13 years of collaborative international research.

A key crop for food security, wheat is the staple food of more than a third of the global human population and accounts for almost 20 percent of the total calories and protein consumed by humans worldwide, more than any other single food source. It also serves as an important source of vitamins and minerals.

To meet future demands of a projected world population of 9.6 billion by 2050, wheat production will need to increase by 60 percent. In order to preserve biodiversity, water, and nutrient resources, the majority of this increase has to be achieved through crop and trait improvement on land currently cultivated.

With the reference genome sequence now completed, breeders have new tools at their disposal to address these challenges. This will allow for rapid identification of genes and regulatory elements underlying complex agricultural traits such as crop yield, grain quality, resistance to diseases, and heat and drought stress tolerance - all integral to the production of hardier wheat varieties.

"When this discovery was made for rice and maize, rapid advances were made in those crops almost immediately after," says the author.

Sequencing the wheat genome was long considered an impossible task, due to its enormous size and complexity. The wheat genome is forty times larger than the rice genome, with more than 85% of the genome composed of repetitive elements.

Now researchers will have direct access to all the genes in the genome and information about their expression patterns, and it will allow them to unravel the genetic basis of important agronomic traits," explains the author.

"We are in a better position than ever to increase yield, breed plants with higher nutritional quality, and create varieties that are adapted to climate changes thanks to the research we and the international community are publishing," says another author. "It has been a bad year for wheat yields in Maryland, so we are excited to give growers and researchers this good news and bright hope. These landmark results and resources will allow us to address the imminent challenges of global food security in changing climatic conditions," adds the author.

How the mind influences the body