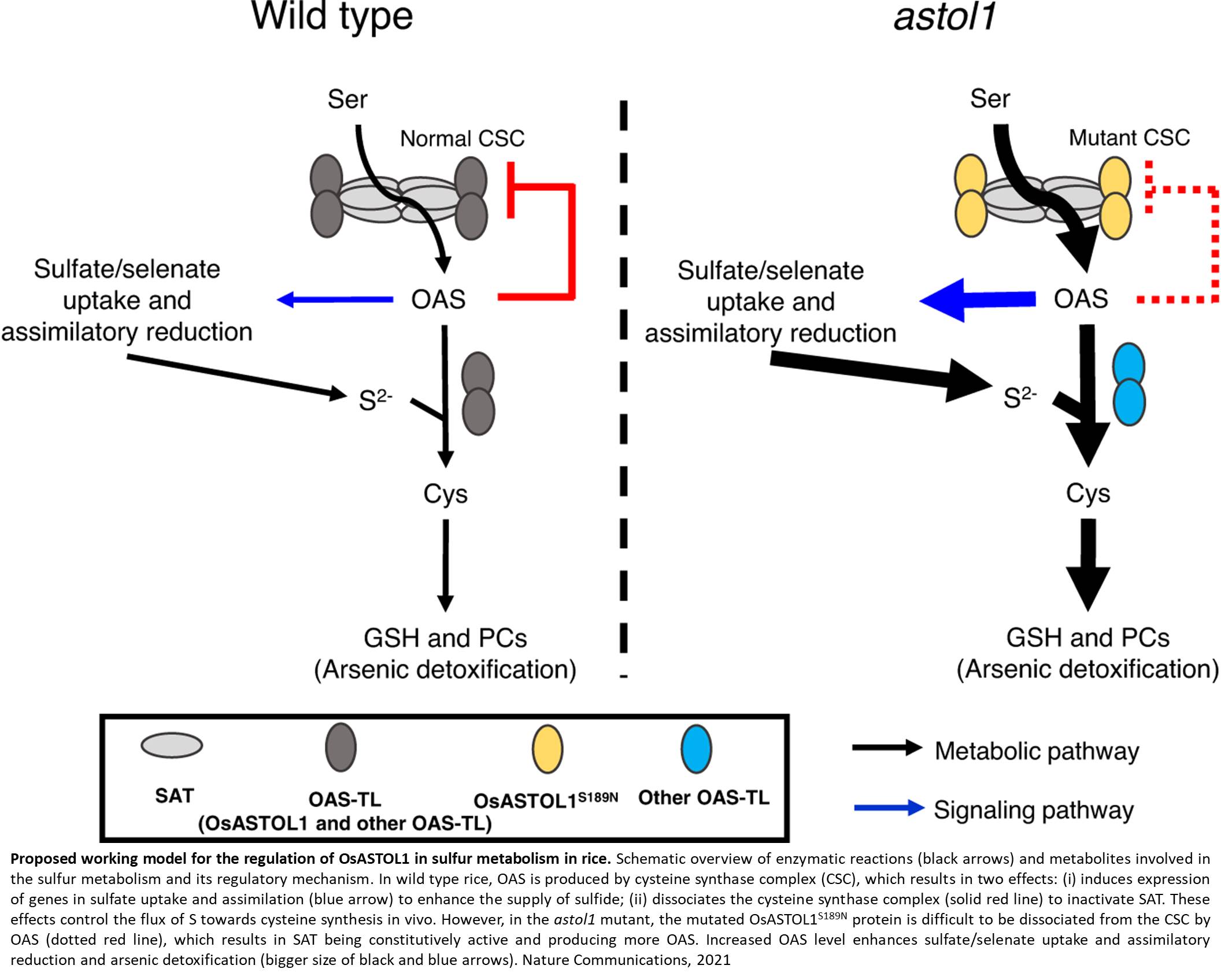 The agricultural cultivation of the staple food of rice harbours the risk of possible contamination with arsenic that can reach the grains following uptake by the roots. In their investigation of over 4,000 variants of rice, a research team discovered a plant variant that resists the toxin. Although the plants thrive in arsenic-contaminated fields, the grains contain far less arsenic than other rice plants. At the same time, this variant has an elevated content of the trace element selenium.

The researchers explain that especially in agricultural regions in Asia, increasing amounts of the metalloid arsenic get into the groundwater through large-scale fertilisation or wastewater sludge, for example. Because rice is cultivated in submerged fields, the plants absorb a good deal of arsenic through the roots, thus giving the potential carcinogen a pathway into the food chain. According to one of the senior authors, arsenic pollution in some soils in Asia is now so high that it is also causing significant crop losses because the arsenic is poisonous to the plants themselves.

In the course of their research project, the scientists exposed over 4,000 rice variants to water containing arsenic and then observed their growth. Only one of the plants studied proved to be tolerant against the toxic metalloid. What biologically characterises the rice variant called astol1 is a so-called amino acid exchange in a single protein.

"This protein is part of a sensor complex and controls the formation of the amino acid cysteine, which is an important component in the synthesis of phytochelatins. Plants form these detoxifying substances in response to toxic metals and thus neutralise them," explains the senior author. The neutralised arsenic is stored in the roots of the plant before it reaches the edible rice grains and can endanger humans.

In the field study, astol1 rice grains absorbed one third less arsenic than conventional rice grains that were also exposed to arsenic-contaminated water. The researchers further discovered a 75 percent higher content of the essential trace element selenium, which is involved in the production of thyroid hormones in humans. As for yield, astol1 is just as good as the standard high-yield rice variants, making it especially suitable for agricultural use.