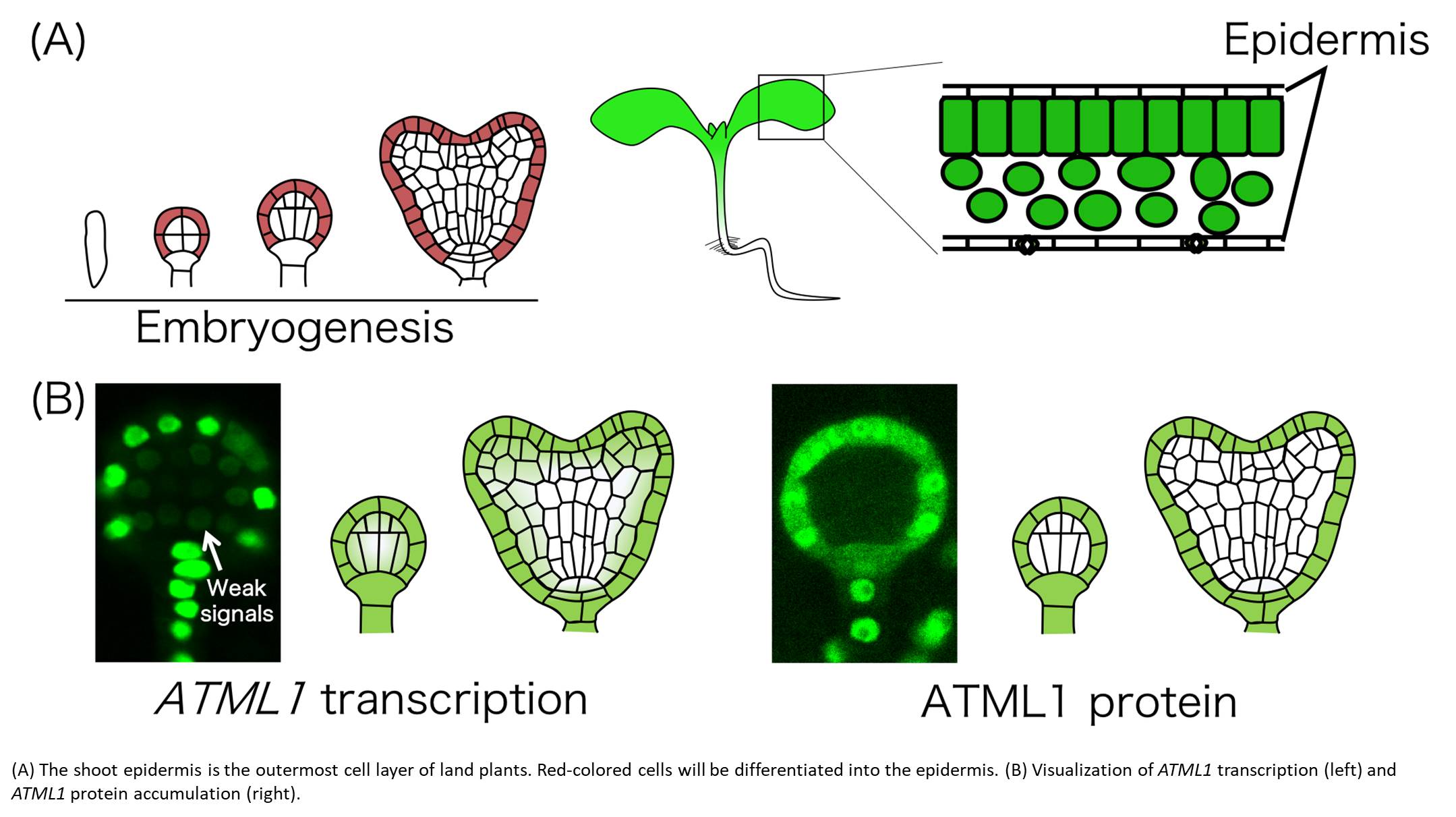 While the fate of most human cells is determined by their lineage--for example, renal stem cells go on to form the kidney while cardiac progenitor cells form the heart--plant cells are a little more flexible. Research shows that although they undergo orderly division during growth, the fate of plant cells is often determined by their location in the growing plant rather than how they started out. Intriguingly, this suggests that plant cells recognize where they are and can alter gene activity in response to their location.

To investigate position-dependent gene expression in plants, researchers studied the differentiation of shoot epidermal cells in model plant Arabidopsis thaliana. Publishing in a recent issue of Development, the researchers showed that in plants, location really is everything.

"Many land plants have a single layer of epidermal cells to protect themselves from dehydration. However, it is not known how only the outermost cells are differentiated into the epidermis," explains lead author. To examine the differentiation process, the researchers focused on a protein called ATML1, which helps determine epidermal cell identity in the shoots of plants.

"We found that although the ATML1 gene was expressed in subepidermal cells, there was a much greater accumulation of ATML1 protein in the outermost cell layer, suggesting that protein accumulation was inhibited in the internal cell layers," says the lead.

By tagging the proteins with a fluorescent dye, the researchers could also examine where ATML1 was located inside the cells. Interestingly, while the fluorescent protein was most frequently found in the nucleus of the outermost cells, nuclear accumulation of ATML1 was less common in the inner cells, meaning that it could not interact with genes necessary for epidermal cell differentiation.

Going one step further, the researchers were even able to show that a section of the ATML1 protein called the ZLZ domain was necessary, but not entirely responsible for, the reduced nuclear accumulation and activity of ATML1 in the inner cells.

"Our study shows that post-transcriptional regulation of ATML1 based on the location of the cells is likely to be responsible for the formation of the single epidermal layer seen in many seed plants," says senior author of the study. "These findings provide greater insight into plant morphogenesis and help us to understand the evolutionary processes by which land plants have acquired the epidermis."