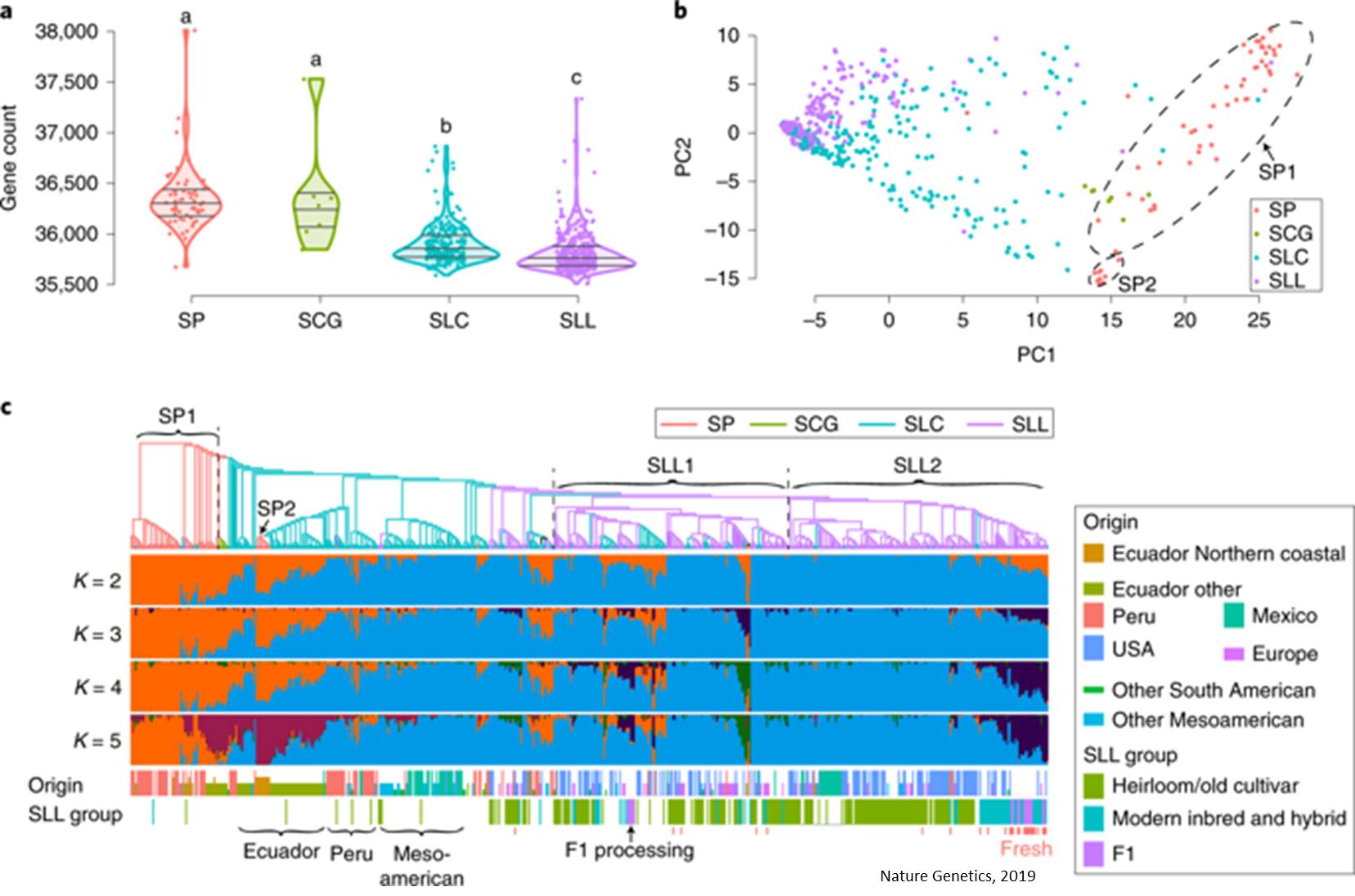 Almost everyone agrees that store-bought tomatoes don't have much flavor. Now, scientists have spotlighted the solution in a paper just published in Nature Genetics.

Researchers have finished constructing the pan-genome for the cultivated tomato and its wild relatives, mapping almost 5,000 previously undocumented genes.

A genome is a biological map of an organism's genes and their functions. But a genome is usually of a single variety, which then acts as a reference genome for the rest of the species. This pan-genome includes all of the genes from 725 different cultivated and closely related wild tomatoes, which revealed 4,873 genes that were absent from the original reference genome.

While cultivated tomatoes have a wide range of physical and metabolic variation, there have been several severe bottlenecks during its domestication and breeding. This means today's tomatoes have a narrow genetic base. The pan-genome helps identify what additional genes beyond the reference might be available for crop breeding and improvement.

In modern times, breeders have concentrated on traits such as yield, shelf life, disease resistance and stress tolerance, traits that have been economically important to growers. Tomatoes are one of the most eaten vegetables--although they actually are fruit botanically--with a worldwide annual production of 182 million tons, worth more than $60 billion.

U.S. tomato consumption per capita was 20.3 pounds for fresh tomatoes in 2017 plus an additional 73.3 pounds of processed tomatoes eaten per person. Tomatoes are the second most consumed vegetable in the United States after potatoes.

"One of the most important discoveries from constructing this pan-genome is a rare form of a gene labeled TomLoxC, which mostly differs in the version of its DNA gene promoter. The gene influences fruit flavor by catalyzing the biosynthesis of a number of lipid (fat)-involved volatiles--compounds that evaporate easily and contribute to aroma," explained the author.

In addition, the researchers found a new role of TomLoxC. It also facilitates production of a group of apocarotenoids--organic chemicals derived from carotenoids including vitamin A precursors--that work as signaling molecules influencing a variety of responses in plants including environmental stresses. The compounds also have a variety of floral and fruity odors that are important in tomato taste.

The rare version of TomLoxC was found in only 2 percent of older or heirloom cultivated large tomato varieties, although the version was present in 91 percent of currant-sized wild tomatoes, primarily Solanum pimpinellifolium, the wild predecessor of the cultivated tomato. It is becoming more common in newer varieties.

"It appears that there may have been strong selection pressure against or at least no selection for the presence of this version of TomLoxC early in the domestication of tomatoes," the author added. "The increase in prevalence of this form in modern tomatoes likely reflects breeders' renewed interest in improved flavor."

With the availability of this wide array of specific genetic information, breeders should be able to work quickly to increase the flavor of store bought, mass production tomatoes while preserving the traits that make them an economically advantageous crop.

"These novel genes discovered from the tomato pan-genome added substantial information to the tomato genome repertoire and provide additional opportunities for tomato improvement. The presence and absence profiles of these genes in different tomato populations have shed important lights on how human selection of desired traits have reshaped the tomato genomes," said another author.

The scientists expect the addition of nearly 5,000 genes to the tomato genome repertoire will provide additional opportunities for improvement as their roles in tomato biology and fruit quality are determined.