Origin and diversification of sunflower family 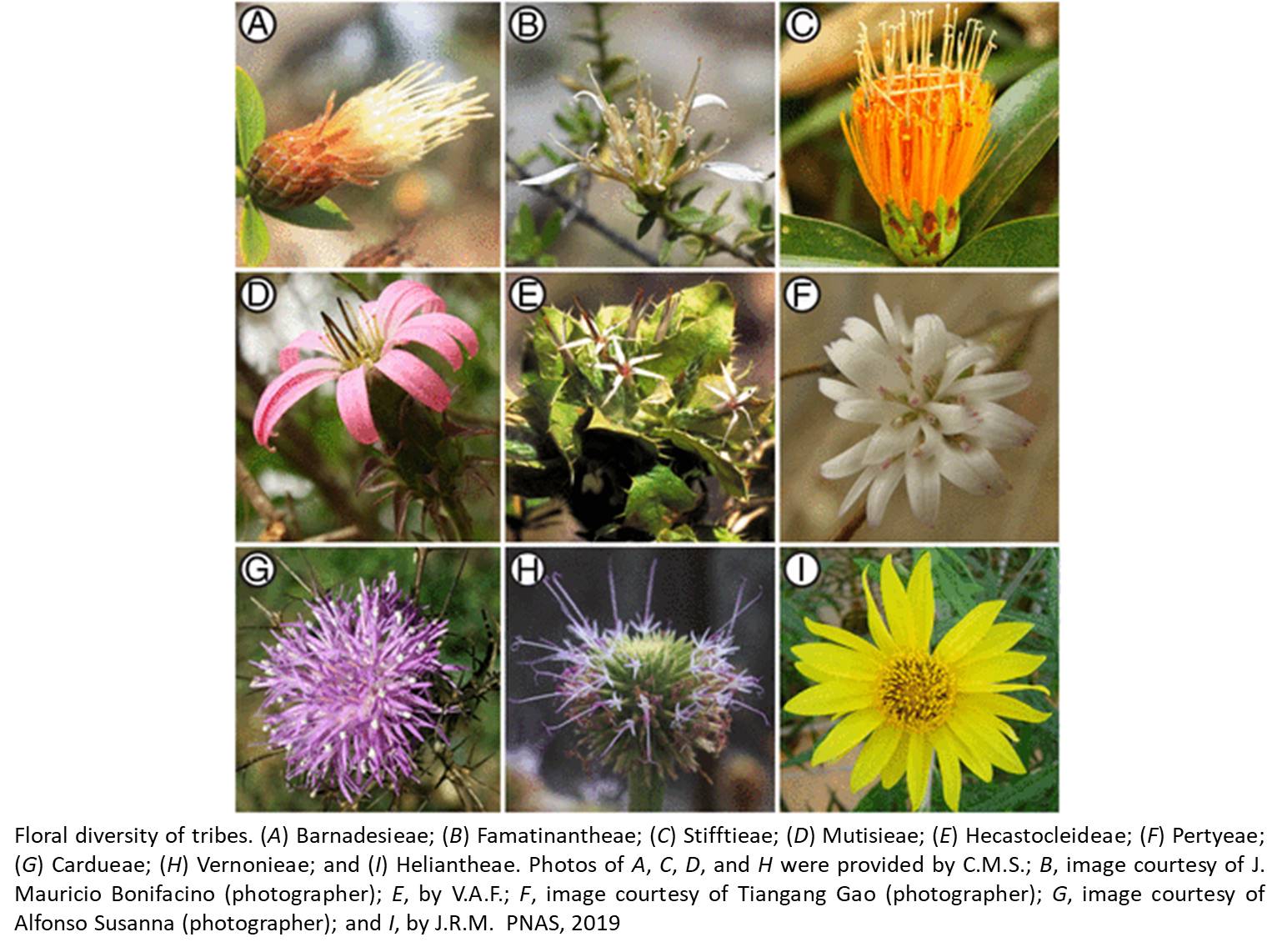 The sunflower family, composed of an estimated 25,000–30,000 species, accounts for nearly 10% of all flowering plants. Global in distribution, the family occupies nearly every type of habitat on Earth and is marked by a complex inflorescence as seen in the North American sunflower, in which individual flowers are clustered to mimic a single large flower to lure pollinators. However, the origins, migration routes, and patterns of diversification that led to the family’s ecological success remain unclear. Asteraceae are clearly monophyletic, yet resolving phylogenetic relationships within the family has proven difficult, hindering our ability to understand its origin and diversification.

Using phylogenetic analysis of nearly 1,000 genomic locations in around 250 species, researchers found that the family likely originated around 83 million years ago in the Late Cretaceous Period in southern South America. The earliest diversification out of South America may have occurred around 56 million years ago, during a period of dramatic climate change.

Subsequently, the family rampantly diversified during the middle-to-late Eocene Epoch, 42–37 million years ago, a period marked by global cooling, resulting in more than 95% of existing species. Biogeographical analysis suggests that the family migrated to North America, south and central Africa, and Asia, with ancestral range estimates suggesting different possible dispersal routes out of South America.

Regardless of the actual route, the family’s prolific diversification and global colonization likely began once it reached Africa around 42 million years ago. The rapid mid-Eocene diversification is aligned with the biogeographic range shift to Africa where many of the modern-day tribes appear to have originated.

According to the authors, the findings illuminate the evolutionary processes underlying the wide reach and vibrant diversity of a major group of flowering plants.