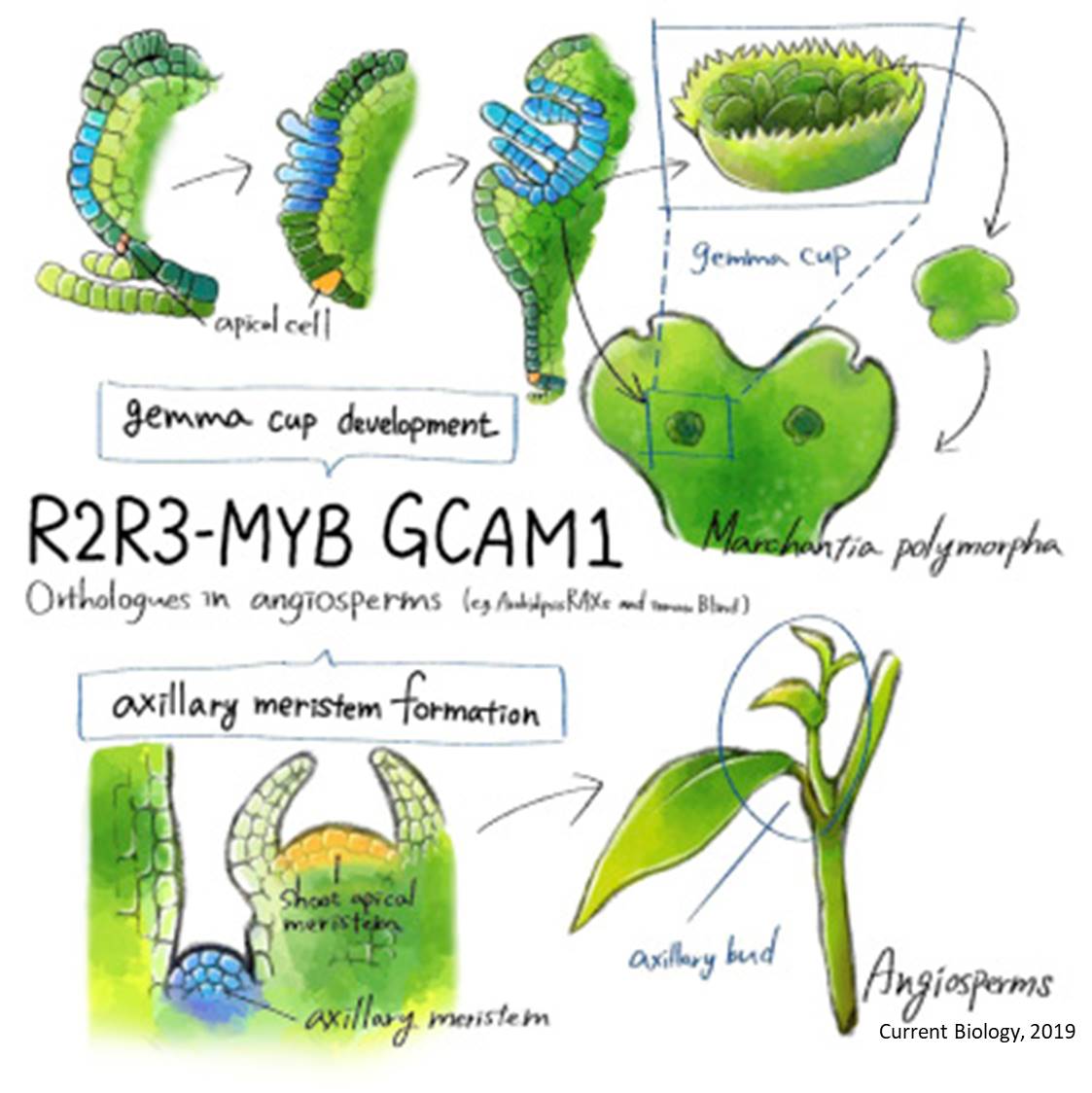 It is hoped that these discoveries will lead to the development of technologies to increase the cultivation rate of a variety of plants in agriculture and horticulture. These research results were published in the journal Current Biology.

Meristems are pools of undifferentiated, or unspecialized cells located in areas of plants where growth can occur- usually at the tips of the plant. These meristem allow for new shoots and flowers to grow, in addition to enabling many varieties of plants to reproduce asexually by creating clones of themselves. This process is called vegetative reproduction. The clonal progenies formed via vegetative reproduction have the same genetic makeup as the parent plant.

Vegetative reproduction occurs in different areas depending on the variety of plant, for example, stems (potato, strawberry), roots (sweet potato) or even leaves (kalanchoe). It can also be induced using a number of techniques, such as cuttings and grafting, and is commonly utilized to produce plants in both agriculture and horticulture. However, many aspects of the mechanism behind this reproduction system remain unknown.

Vegetative reproduction in liverwort takes place inside gemma cups, which form on the surface of the body of the plant. A research group consisting of some of the same members recently illuminated the mechanism by which gemmae develop within the gemma cup. However, it was still unclear what mechanism allowed gemma cups to form in the first place.

This research group sought to illuminate which genes play a large role in gemma cup formation via comprehensive analysis of gene expression. Through this analysis they found one transcription factor, which they called Gemma cup-associated MYB1 (GCAM1). They discovered that removing this GCAM1 gene from the plant prevented gemma cups from forming (GCAM1 mutant). However the removal of this gene didn't affect other aspects of the plant's growth apart from the gemma cups, leading them to conclude that the GCAM1 proteins that encode the GCAM1 gene are vital for triggering the formation of gemma cups.

Next, they illuminated the function of the GCAM1 proteins with the aim of controlling gemma cup formation. To do this, they created an overexpression of GCAM1 proteins inside the liverwort plant. When GCAM1's protein function is overexpressed, the plant is unable to grow and there is an increase in undifferentiated cells with stem cell properties. Based on this result, it is thought that GCAM1 is responsible for suppressing cell differentiation in the meristem regions, which under normal conditions would allow for gemma cup and gemmae formation.

GCAM1 is an R2R3-MYB transcription factor gene. The same subfamily of genes in Angiosperms is known to have an axillary bud forming function (RAXs in Arabidopsis thaliana and Blind in tomato plants). To investigate this evolutionary relationship, an experiment was carried out using the model plant Arabidopsis thaliana.

It has been previously discovered that mutant Arabidopsis thaliana plants without the RAXs gene develop few axillary buds compared to the wild-type (control) plant. However, this research group found that introducing the GCAM1 gene into this mutant caused the number of axillary buds to increase. Liverwort's GCAM1 gene displayed the same function in Arabidopsis thaliana, indicating that the RAXs gene and the GCAM1 gene are orthologs. Orthologs are genes in different species that evolved from a common ancestral gene and thus retain the same function.

Technology to control axillary shoot formation in angiosperms could be used to directly increase crop production. It is hoped that further research into GCAM1 could provide a foundation for such technology. Next, it is necessary to illuminate the network involved in GCAM1 management, and to investigate the commonalities between liverwort and angiosperms. This will contribute not only to the understanding of vegetative reproduction in liverwort but will also reveal the common mechanism by which plants produce new buds.