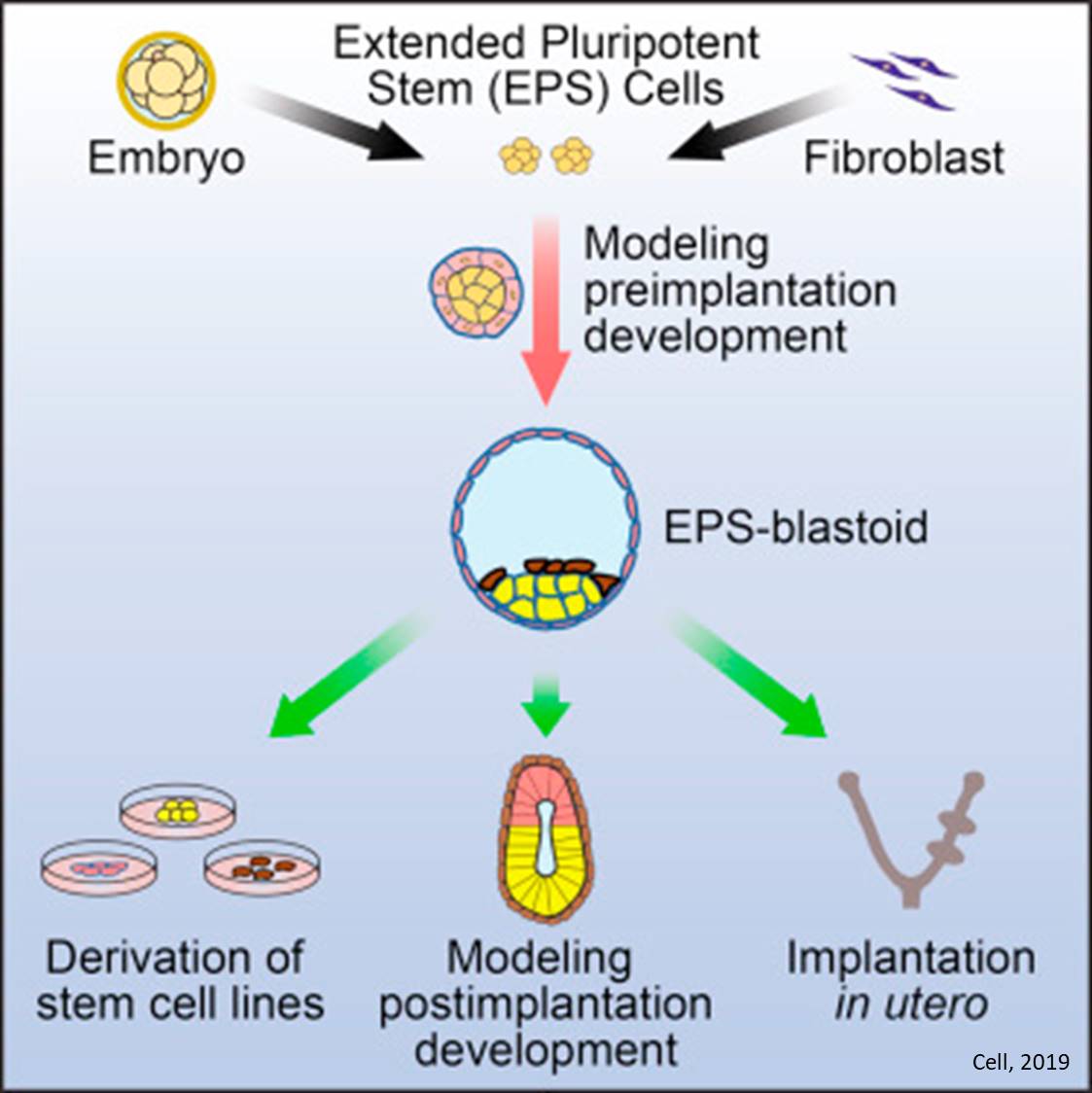 Although graduating from school, a first job and marriage can be important events in life, some of the most significant events happen far earlier: in the first few days after a sperm fertilizes an egg and the cell begins to divide.

The way the first 100 cells (collectively called a blastocyst) organize themselves has profound implications for whether a pregnancy is successful, how organs form, and potentially even for diseases later in life, such as Alzheimer's. However, scientists have not had a good way to model how a blastocyst is formed, until now.

For the first time, researchers have created mouse blastocyst-like structures, or "blastoids," from a single cultured cell, circumventing the need for natural embryos. As they reported in the journal Cell, these cultured blastoids have the same structure as natural blastocysts and can even implant in the uterus--and could help advance research into development as well as inform issues around pregnancy, infertility, or health problems later in the offspring's life.

"These studies will help us to better understand the very beginnings of life; how early on in life a single cell can give rise to millions of cells and how they are assembled in space and time to give rise to a fully developed organism. Importantly, this work avoids the use of natural embryos and is scalable," says the senior author.

Natural blastocysts, which can become an embryo once they implant in a uterus, have proven difficult to study. The problem is that animal models, such as mice, only produce these structures in small numbers, and scientists cannot easily test the effects of malnutrition or exposure to toxins or a variety of genetic mutations on development at a level sufficient for study.

"We are optimistic that this work will enable important research into early developmental defects," says the co-lead of the study.

The teams developed the blastoids using embryonic and, more importantly, adult mouse cells. The adult cells were put into a chemical solution that prompted them to turn into induced pluripotent stem cells, or iPSCs, which can turn into almost any kind of tissue in the body.

To encourage the iPS cells to form blastoids, the researchers put them in small groups in a special culture medium where they soon formed connections with each other. This was exactly what the researchers hoped to see--the cells were beginning to form structures similar to the developmental stage before a fertilized egg becomes a blastocyst.

Over time, the connected cells started forming a ball with an inner and outer layer. The cells facing inward accumulated proteins that made them distinct from the outside cells. The cells facing outward also began activating a protein called YAP, which entered the cell nucleus and began the process of inducing expression of proteins to build what could eventually become a placenta.

"The formation of blastoids mimics the natural developmental process," says the co-first author of the study.

"I think this kind of resource is going to be very powerful for studying early development in mammals," says another co-first author of the study.

The team next plans to use gene-editing tools to understand how genetic changes in blastoids affect the three different cell types. The blastoids also provide a new model for testing drugs and chemicals for future therapies.

The blastoids cannot yet develop into functional embryos; instead, the cells grow into disorganized tissue. But the scientists believe the blastoids may reveal details on later stages of embryonic development.
"With further optimization, this technology might lead to the generation of fully functional blastoids able to develop up to the stages when different organ primordia are formed and thus be the seeds for organoids that could be used as invaluable sources for organ transplantation," adds the senior author.