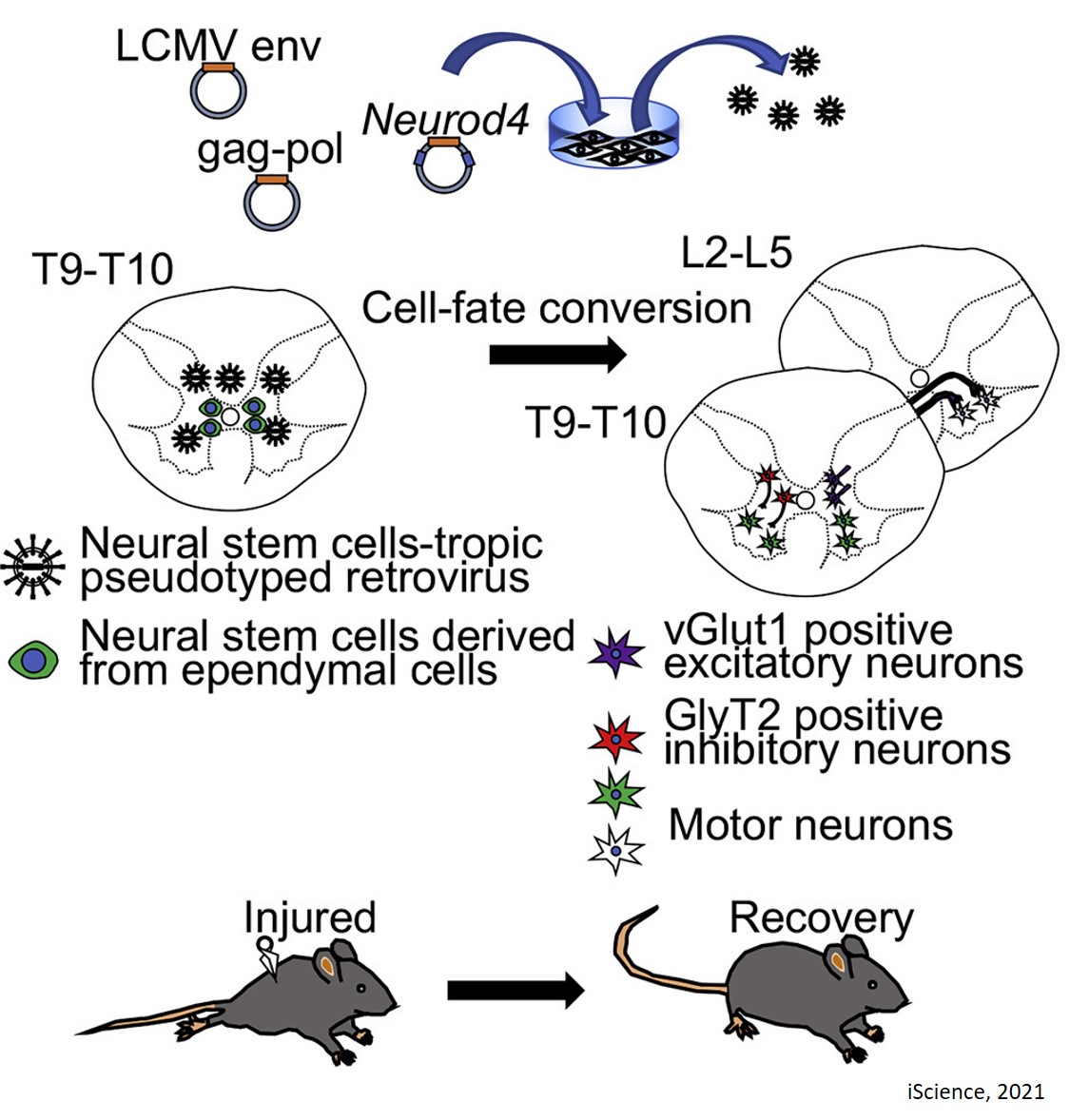 The researchers have identified a gene that plays a crucial role in regenerating neurons of African clawed frog tadpoles, which has an unusually high capacity for nerve regeneration. Their study, published in the journal iScience, showed that introducing the gene into mice with spinal cord injury (SCI) led to a partial recovery of their lost motor functions. These findings could contribute to the development of a new therapy for SCI, which often causes a person to experience permanent and severe physical and neurological disabilities.

Repairing spinal cord injuries in humans and other mammals is difficult, partly because of their limited ability to repair and regenerate neural tissues in the spinal cord. In contrast, there are animals with a high capacity for nerve regeneration, such as the African clawed frog. "As a tadpole, it is fully capable of functional recovery after a spinal cord injury," said the authors in their study, "Genome-wide expression profile of the response to spinal cord injury in Xenopus laevis reveals extensive differences between regenerative and non-regenerative stages," published in 2014.

In this context, the research team conducted a collaborative study to identify transcription factors that regulate nerve regeneration in the African clawed frog tadpole, with the aim of inducing regenerative effects in mammals. The team comprehensively analyzed the gene expression profiles of tadpoles in response to SCI, and found that a gene called Neurod4 was expressed predominantly during nerve regeneration. The team thus hypothesized that this gene is a key factor in the regeneration of neural tissues after an injury.

In this study, the team also focused on the fact that in mammals, neural stem cells (known as self-renewing cells) derived from the ependymal cells lining the central canal of the spinal cord are activated and proliferate in the early stage of SCI, although these types of neural stem cells eventually transform into astrocytes -- a type of cell that forms rigid glial scars.

"Taking these things together, we thought that introducing Neurod4 into activated neural stem cells may help regenerate neurons," said the corresponding author of the study.

To that end, the team conducted experiments in which the Neurod4 gene was introduced to activated neural stem cells in mice just after SCI. The researchers observed that the neural stem cells were successfully converted into neurons and, interestingly, the mice occasionally moved their paralyzed hind legs.

The senior author explained, "Neurod4 introduced into activated neural stem cells facilitates the production of relay neurons, which project to motor neurons of the hind legs. As a secondary effect, glial scar formation was suppressed after the subacute phase of spinal cord injury. This effect allows an environment that was conducive for axons to elongate beyond the injury site and form synapses, thereby improving the motor function of the hind legs."

"Our method is to introduce a neuro regenerative gene directly into neural stem cells that are already present in the spinal cord. This could lessen the problems of rejection and tumor formation, which often occur in conventional stem cell transplantation methods. We believe this study will contribute to the development of new therapeutic approaches to spinal cord injury," the author added.