Dedifferentiation of neurons into precursor-like states in Alzheimer's disease 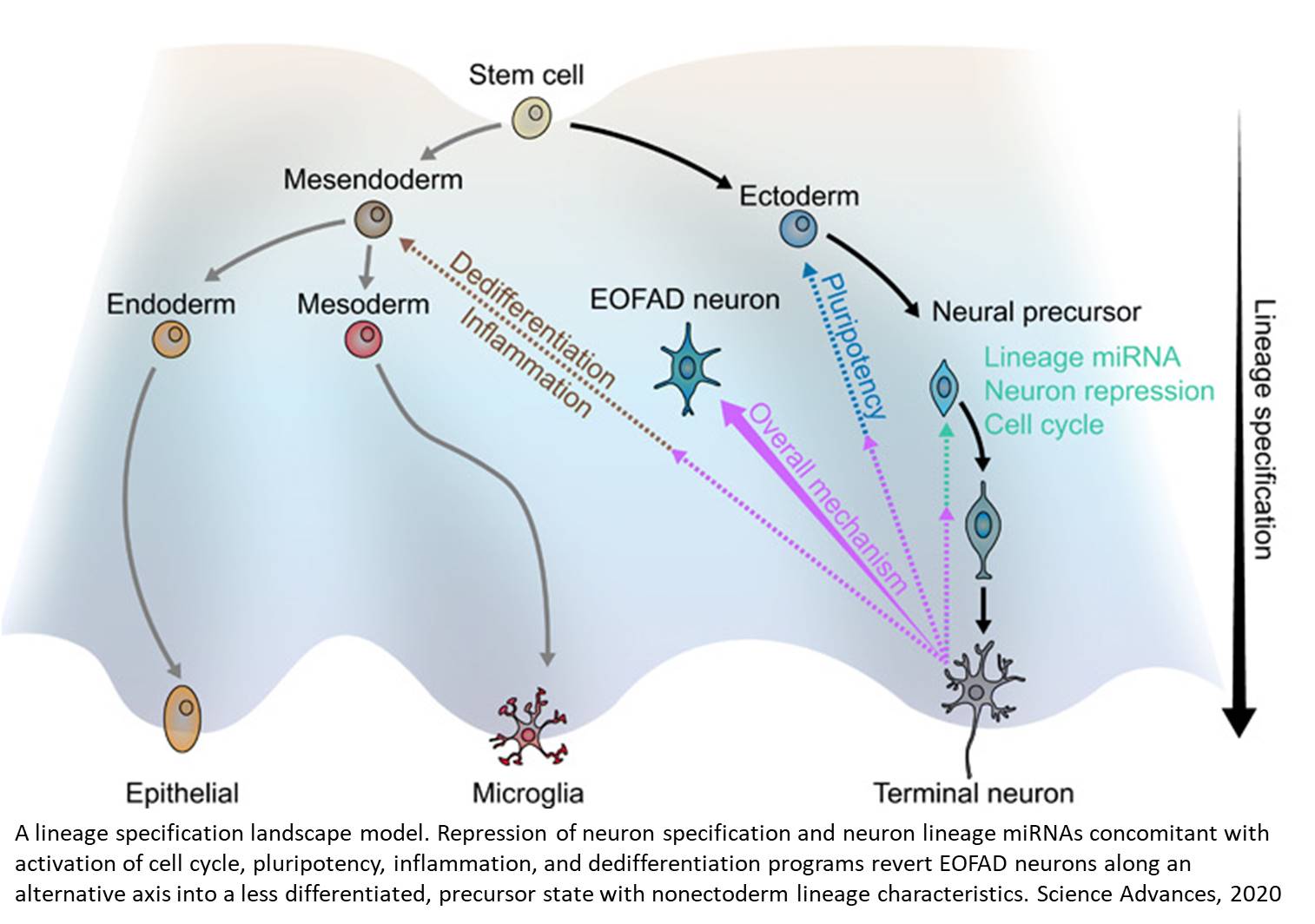 Researchers have identified new mechanisms in neurons that cause Alzheimer's disease. In particular, they discovered that changes in the structure of chromatin, the tightly coiled form of DNA, trigger neurons to lose their specialized function and revert to an earlier cell state. This results in the loss of synaptic connections, an effect associated with memory loss and dementia. The findings are published in Science Advances.

The study was founded on the question: how do neurons in patients with Alzheimer's disease differ from neurons in healthy individuals?

"It's a fundamental question that would provide the framework and foundation for understanding Alzheimer's disease at the cellular level, and thus pave the path for novel therapeutic approaches," said the senior author.

The authors started by taking human induced pluripotent stem cells derived from patients with familial Alzheimer's disease, which is a hereditary form of Alzheimer's, and transformed them into neurons. They used next generation sequencing techniques to look at what genes are being expressed in these neurons and how gene expression is regulated, and then compared how they differ in neurons of healthy individuals.

They discovered that neurons derived from the patients de-differentiate to precursor-like states with signatures of ectoderm and nonectoderm lineages.

"In other words, they cease to be neurons," the author said. "This is the key defect observed across a diversity of patients with distinct mutations. The consequences to the brain are dramatic, with loss of synaptic connections leading to cognitive decline."

The researchers observed other defects: neuronal genes are suppressed, so these cells no longer have any instructions telling them that they are neurons; they are in a precursor-like state, which means they can trigger cell growth and division--this is unusual because adult brains do not produce new neurons; and they have inflammation, which signals damage or stress.

The same defects were also observed in post-mortem human brain samples from patients with Alzheimer's disease. "This was validating for our findings because we weren't just seeing these mechanisms in the stem cells, but in actual brain samples as well," the author said.

The researchers traced all of these mechanisms back to changes in the structure of chromatin. Parts of this structure consist of open regions, where genes are expressed or regulated, and other parts consist of closed regions, where gene expression is repressed. In the diseased neurons, some regions that used to be open are now closed, and vice versa. As a consequence, the neurons are not behaving as they should be, the author explained.

The team is now working on developing drugs to inhibit these mechanisms.