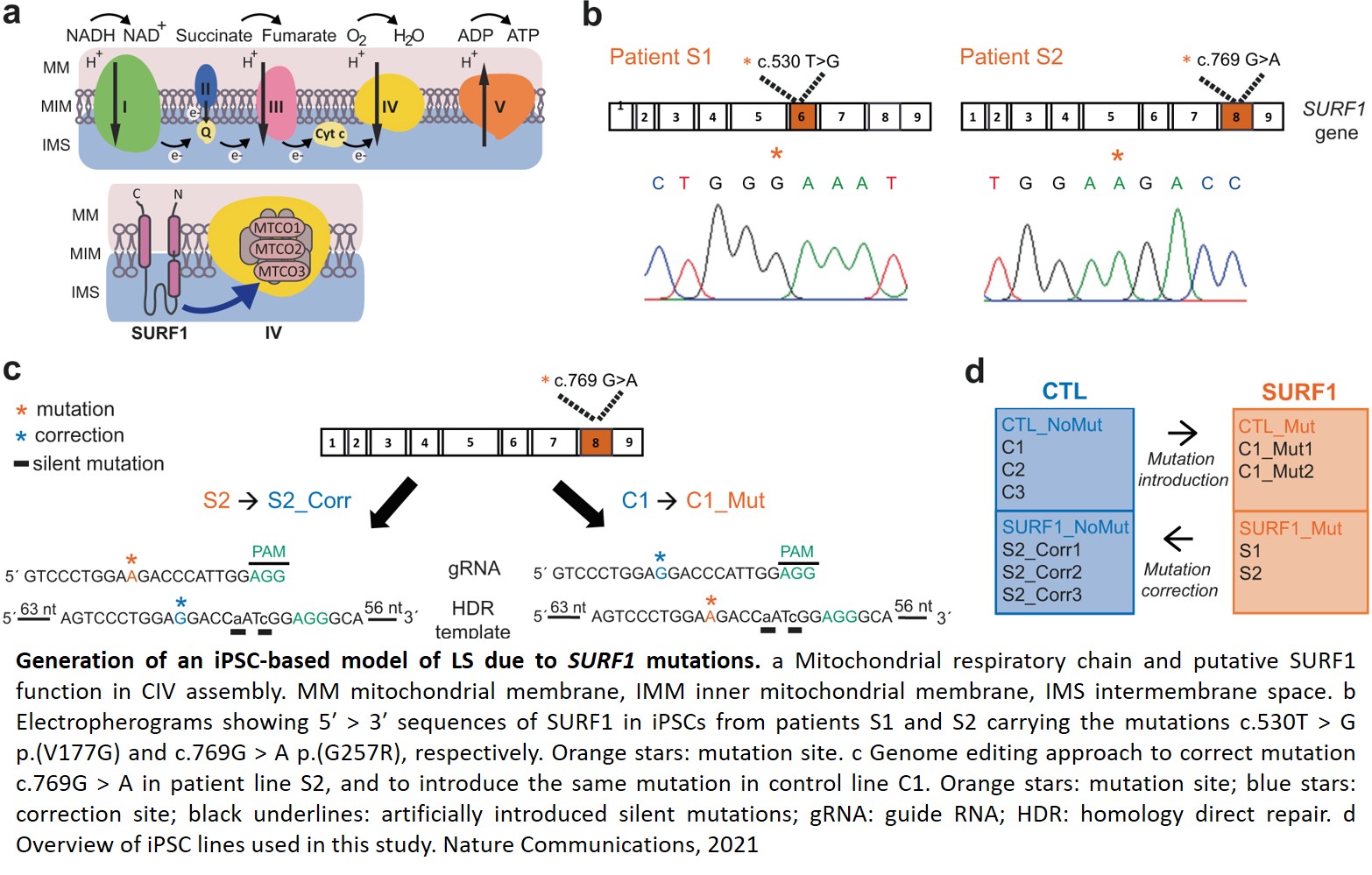 Leigh syndrome is the most severe mitochondrial disease in children. It causes severe muscle weakness, movement defects, and intellectual disabilities. It usually leads to death within the first years of life. No causative treatment is currently available.

One of the genes frequently mutated in patients is SURF1, which encodes for a protein involved in the process of energy generation in the cells. Animal models did not recapitulate the defects seen in the patients carrying mutations in SURF1. Therefore, the scientists did not have the tool to start understanding the disease mechanisms and to identify possible targets for treatment. They report about the first human model for this rare disease in Nature Communications.

The group has now developed the first human model of Leigh syndrome caused by SURF1 mutations.

To achieve this, the authors employed the technology of cellular reprogramming, which enables to convert cells from the skin into stem cells that are capable of generating neurons. They then used the molecular scissors CRISPR/Cas9 to precisely remove the mutation from the patient cells and to introduce the mutations into the control cells. Thus the authors were able to investigate the specific effect of SURF1 mutations in a controlled genetic background. They next generated neurons and brain organoids, which are of a three-dimensional structure and reproduce the features of early human brain development.

Using these models, the authors discovered that the neuronal defects seen in the patients may be caused by an energy deficit occurring at the level of neural precursors, which are the cells that generate neurons. These energy defects lead to insufficient neuronal branching, which causes improper brain function during development. Finally, the authors demonstrate that the neuronal branching defects can be corrected by improving the energy output of progenitor cells using SURF1 gene replacement therapy or by using the drug Bezafibrate, which is currently safe for clinical use in children.

These findings are important since they provide for the first time a model for studying the neuronal pathology of Leigh syndrome caused by SURF1 mutations. Moreover, they indicate practical strategies for treating children affected by the rare disease Leigh syndrome, which is an orphan disease with high medical needs.