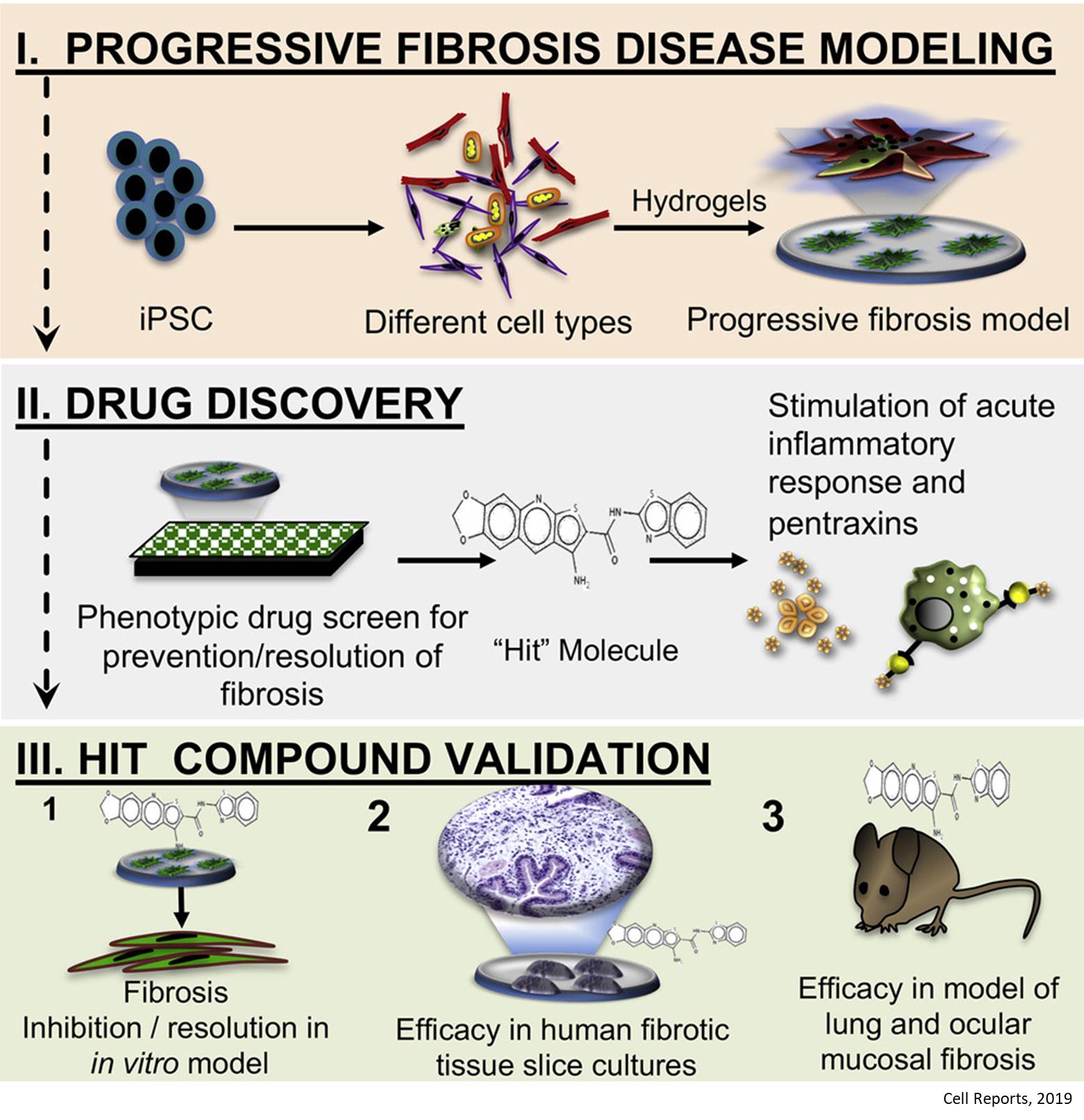 Every organ in the body is capable, to some extent, of repairing itself after an injury. As part of this process, scar tissue forms and then recedes to make room for normal tissue when healing is complete.

However, when healing is disrupted -- whether by chronic injury or disease -- the cells that make up scar tissue can go rogue, continuously dividing and spreading until the scar eventually strangles the organ it was intended to help heal, which can lead to organ failure.

That progressive, out-of-control scarring is called fibrosis, and it can occur in any organ in the body. Fibrosis plays a major role in many diseases and conditions, including chronic kidney disease, liver cirrhosis, idiopathic pulmonary fibrosis, scleroderma and heart failure.

"Millions of people living with fibrosis have very limited treatment options," said the senior author. "Once scarring gets out of control, we don't have any treatments that can stop it, except for whole-organ transplant."

For decades, researchers have been seeking a therapy that can halt or reverse fibrosis, but one major roadblock has been the difficulty of replicating the complex, progressive nature of the disease in the lab, where possible treatments could be tested.

Now, a research team has developed a "scar in a dish" model that uses multiple types of cells derived from human stem cells to closely mimic the progressive scarring that occurs in human organs. The researchers used this model to identify a drug candidate that stopped the progression of and even reversed fibrosis in animal models. Their study is published in Cell Reports.

The model was created using induced pluripotent stem cells, or iPS cells, which are generated by reprogramming adult skin or blood cells back to a stem-like state from which they can generate any cell type.

Traditionally, when iPS cells are used to model scarring and other disorders, they are first coaxed to produce one specific cell type through a process called directed differentiation. To generate their model, the authors took a different approach: They let their iPS cells do what stem cells would normally do in the human body, which is to produce a range of cell types

"Fibrosis likely occurs as the result of interactions between multiple different cell types, so we didn't think it made sense to use just one cell type to generate a scarring model," said the study's first author.

The resulting mixture contained many types of cells that are thought to play a role in fibrosis, including mesenchymal cells, epithelial cells and immune cells. All of the cells in the mixture retained a degree of plasticity, meaning they had the capacity to change cell types, from an epithelial cell to a mesenchymal cell, for example. The model is the first to recreate that plasticity, a hallmark of progressive fibrosis.

With all of the key cell types involved in fibrosis in place, the team just needed to bring about the scarring process. To do that, they placed the cell mixture on a rigid hydrogel that recreated the approximate stiffness of a scarred organ. The cells responded in the same way that they respond to injury in the body, by producing signals of injury or damage and activating a molecule called transforming growth factor beta, or TGF beta, which serves as the spark that sets off the roaring fire of fibrosis.

In the past, when researchers have created models in the lab for fibrosis, they have used one type of cell -- usually mesenchymal cells -- to which they added TGF beta to provoke scarring. Because TGF beta was added by scientists (and not produced by the cells themselves in response to an injury), those experiments produced models that tended to heal on their own, which made it difficult to discern whether possible treatments were working or the model was simply "healing" itself.

By using the hydrogel to simulate injury and provoke TGF beta production, the team ensured their model was not able to heal itself; as long as the cells remained on the hydrogel, they perceived an "injury" and continued to progressively scar. That gave the researchers the rare opportunity to test drug candidates on a scar that wasn't actively engaged in healing itself.

After confirming that the new model accurately recreated fibrosis in human organs, the team set out to identify drugs that could halt or reverse the process. They tested more than 17,000 small molecules -- organic compounds that are often used to create pharmaceutical drugs.

The team identified a small molecule that stopped progressive scarring and even healed the damage it had caused. The researchers suspect the molecule works by activating the cells' inherent wound healing processes.

"This drug candidate seems to be able to stop and reverse progressive scarring in a dish by actually breaking down the scar tissue," said the senior author. "We tested it in animal models of fibrosis of the lungs and eyes, and found that it has promise to treat both of those diseases."

Moving forward, the team plans to pin down how that drug candidate reverses scarring and screen additional small molecules to gain a better understanding of the disease and identify more drug candidates.

The experimental therapy tested by the researchers was used in preclinical tests only and has not been tested in humans or approved by the Food and Drug Administration as safe and effective for use in humans. The newly identified therapeutic strategy is covered by a patent application.