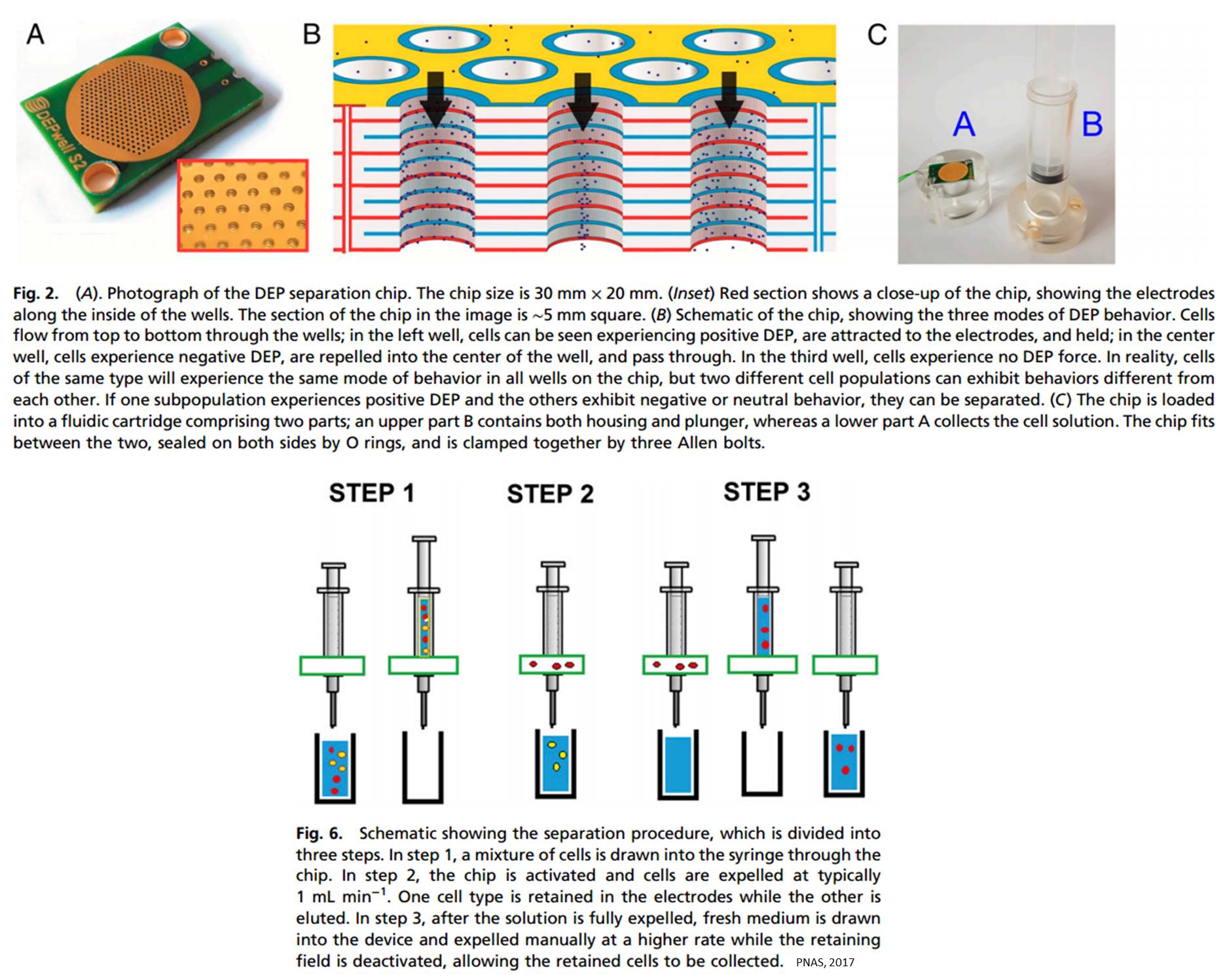 A new cell separator that began life as a tinfoil and epoxy glue prototype built with supplies from a University shop could revolutionize stem-cell and regenerative cell-based therapies. This is published in the Proceedings of the National Academy of Sciences of the USA.

Thanks to the new design the separation process, which is used in vital therapies for life-threatening diseases, can be carried out at a fraction of the usual cost and can be used for therapeutic as well as research purposes.

Separating cells, such as red and white blood cells, has become fundamental in the biomedical sciences for identifying cells for therapeutic and regenerative cell-based therapies. Separation techniques are also vital in biochemistry, electrical engineering, physics, and materials science. However, to date the process has been complicated and expensive.

To overcome this, the University's dielectrophoresis (DEP)-based cell-separation method uses 3D electrodes on a low-cost disposable chip. Using a simple electrical charge, one cell type is allowed to pass through the chip and the other is retained and subsequently recovered. The method advances usability and throughput of DEP separation by orders of magnitude in throughput, efficiency, purity, recovery (cells arriving in the correct output fraction), cell losses (those which are unaccounted for at the end of the separation), and cost.

The DEP sorts cells electrostatically, and is made using the same technology used in printed circuit boards. This causes the cell separation to be done 10,000 times faster by using a device which resembles an "electric sieve" which acts like a forcefield, by "catching" objects which are polarizable.

The advantages of the University's new cell separator are that it costs one hundredth of the rival version, and its cell separations cost less than a tenth of the usual price. More importantly, it does not use chemical labels, so the cells could be used for therapeutic purposes.