How sleeping mammary stem cells are awakened in puberty 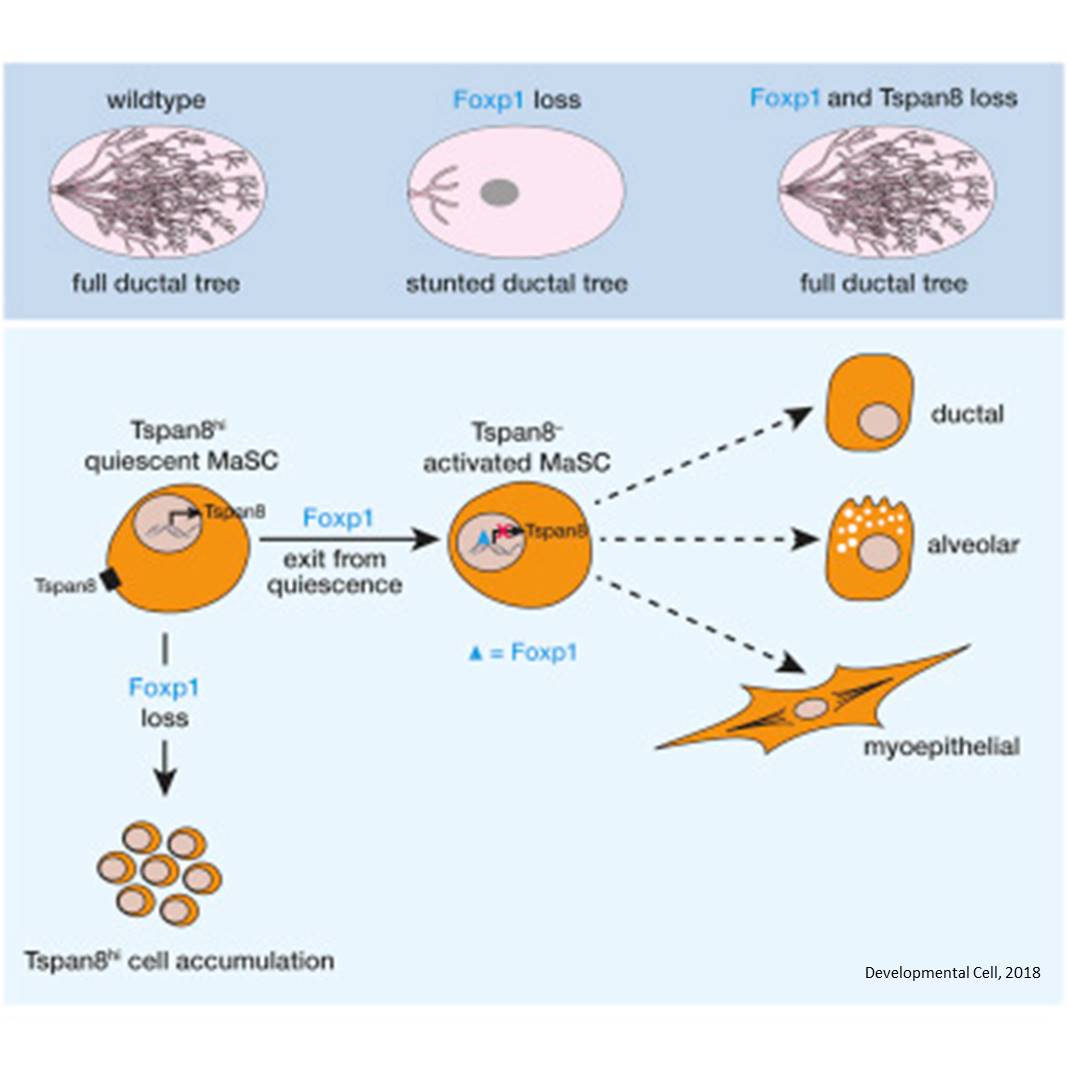 Researchers have discovered how the growth of milk-producing mammary glands is triggered during puberty. Sleeping stem cells in the mammary gland are awoken by a protein dubbed FoxP1, according to the research that was published in the journal Developmental Cell.

The research expands our knowledge of how the mammary gland - a component of the human breast - develops from stem cells, underpinning a better understanding of how defects in this process lead to breast cancer.

Stem cells in the mammary gland exist in a largely dormant or 'sleeping' state throughout life. In puberty, these stem cells need to be 'woken up' to drive the rapid expansion of the mammary gland, said the senior author.

"The mammary stem cells are ready for a signal to start dividing," the senior author said. "We discovered that a gene called FoxP1 is an essential part of this signal in puberty and the adult."

FoxP1 switches off the production of other proteins within cells - by repressing their genes.

"We discovered that FoxP1 switches off the production of one of the key proteins that keep mammary stem cells asleep. As the level of this protein drops, the stem cells wake up and begin to divide, driving mammary gland growth," the author said.

Authors show that ablation of the transcription factor Foxp1 in the mammary gland profoundly impairs ductal morphogenesis, resulting in a rudimentary tree throughout life. Foxp1-deficient glands were highly enriched for quiescent Tspan8hi MaSCs, which failed to become activated even in competitive transplantation assays, thus highlighting a cell-intrinsic defect.

Foxp1 deletion also resulted in aberrant expression of basal genes in luminal cells, inferring a role in cell-fate decisions. Notably, Foxp1 was uncovered as a direct repressor of Tspan8 in basal cells, and deletion of Tspan8 rescued the defects in ductal morphogenesis elicited by Foxp1 loss.

Thus, a single transcriptional regulator Foxp1 can control the exit of MaSCs from dormancy to orchestrate differentiation and development.