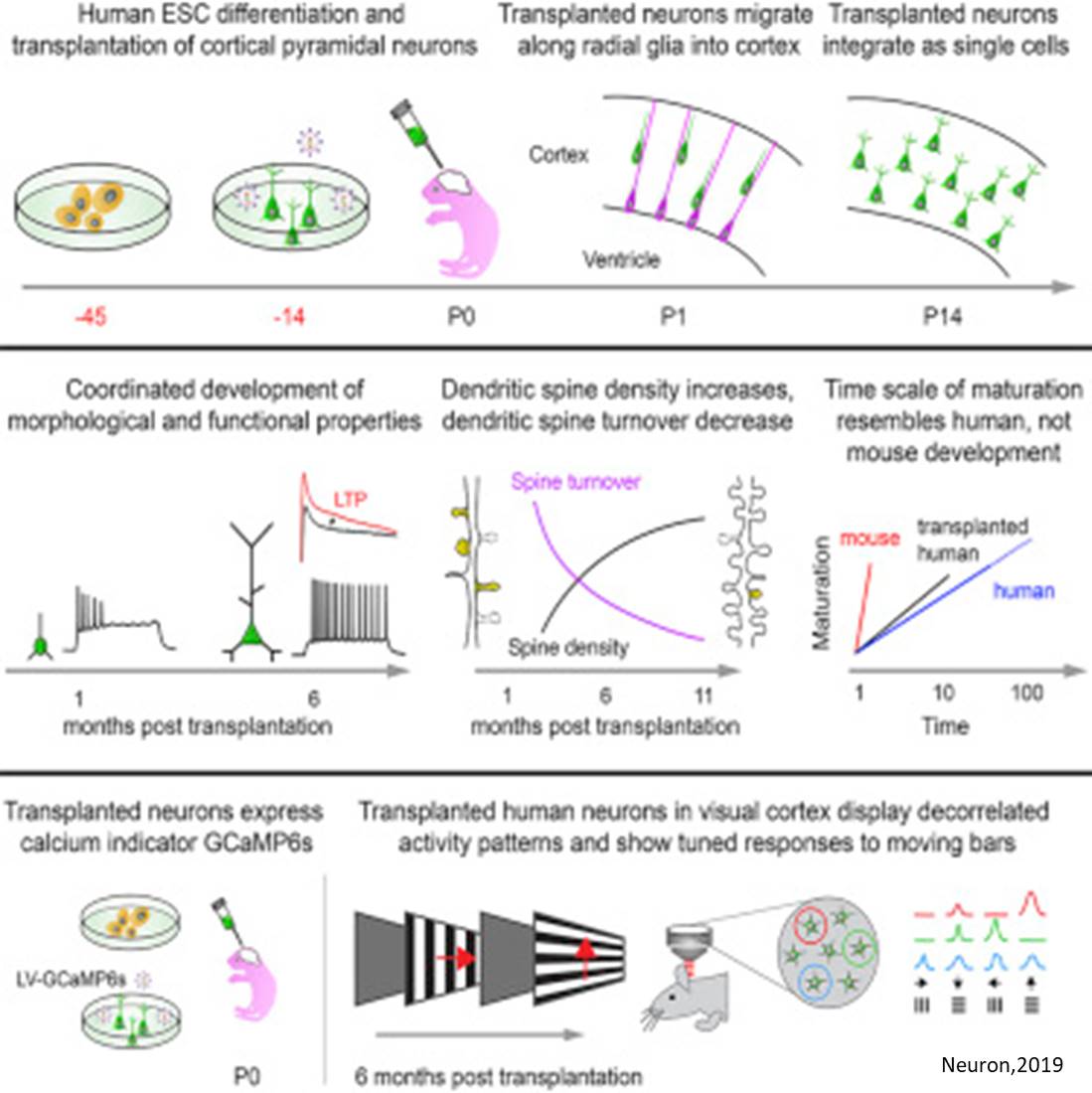 The brain cortex, the outside layer of our brain often referred to as grey matter, is one of the most complex structures found in living organisms. It gives us the advanced cognitive abilities that distinguish us from other animals.

Neuroscientist explains what makes the human brain so unique: "One remarkable feature of human neurons is their unusually long development. Neural circuits take years to reach full maturity in humans, but only a few weeks in mice or some months in monkeys."

"This long period of maturation allows much more time for the modulation of brain cells and circuits, which allows us to learn efficiently for an extended period up until late adolescence. It's a very important and unique feature for our species, but what lies at its origin remains a mystery."

Understanding the mechanisms underlying brain circuit formation is important, for example if we want to treat brain disease, adds the senior author: "Disturbances of circuit development have been linked to intellectual disability, for example, and to psychiatric diseases such as schizophrenia. However, it has remained impossible to study human neural circuits in action in great detail - until now!"

The teams developed a novel strategy to transplant human neurons as individual cells into the mouse brain and to follow their development over time.

The author said: "We differentiated human embryonic stem cells into neurons and injected them into the brains of young mouse pups. This allows us to investigate human neurons in a living brain over many months. We can also apply a whole range of biological tools in these cells to study human neural circuit formation and human brain diseases."

The researchers discovered that the transplanted human cells follow the same developmental plan as they would in a human brain, with a months-long period of maturation typical for human neurons. This means that our nerve cells may follow an 'internal clock' of development that is surprisingly independent of the surrounding environment.

Moreover, the human cells were able to function in the mouse neural circuits. "After months of maturation, the human neurons began to process information, for example responding to visual inputs from the environment," says the author. "The human cells even showed different responses depending on the type of stimulus, indicating a surprisingly high degree of precision in the connections between the transplanted cells and the host mouse's brain circuits."

This study constitutes the first demonstration of genuine circuit integration of neurons derived from human pluripotent stem cells. According to the author, "it's a technological milestone that opens up exciting possibilities to study how genetic information, environmental cues and behavior together shape how the brain wires itself up".

On the one hand, this model could be applied to study a whole range of diseases that are thought to impact the development of human neurons into neural circuits. The researchers plan to use neurons with genetic mutations linked to diseases such as intellectual disability to try and understand what goes wrong during maturation and circuit formation.

"Our findings also imply that nerve cells retain their 'juvenile' properties even in an adult (mouse) brain. This could have potentially important implications for neural repair," adds another author. "The fact that transplanted young human neurons can integrate into adult circuits is promising news in terms of treatment development for neurodegeneration or stroke, where lost neurons could potentially be replaced by transplanting new neurons."