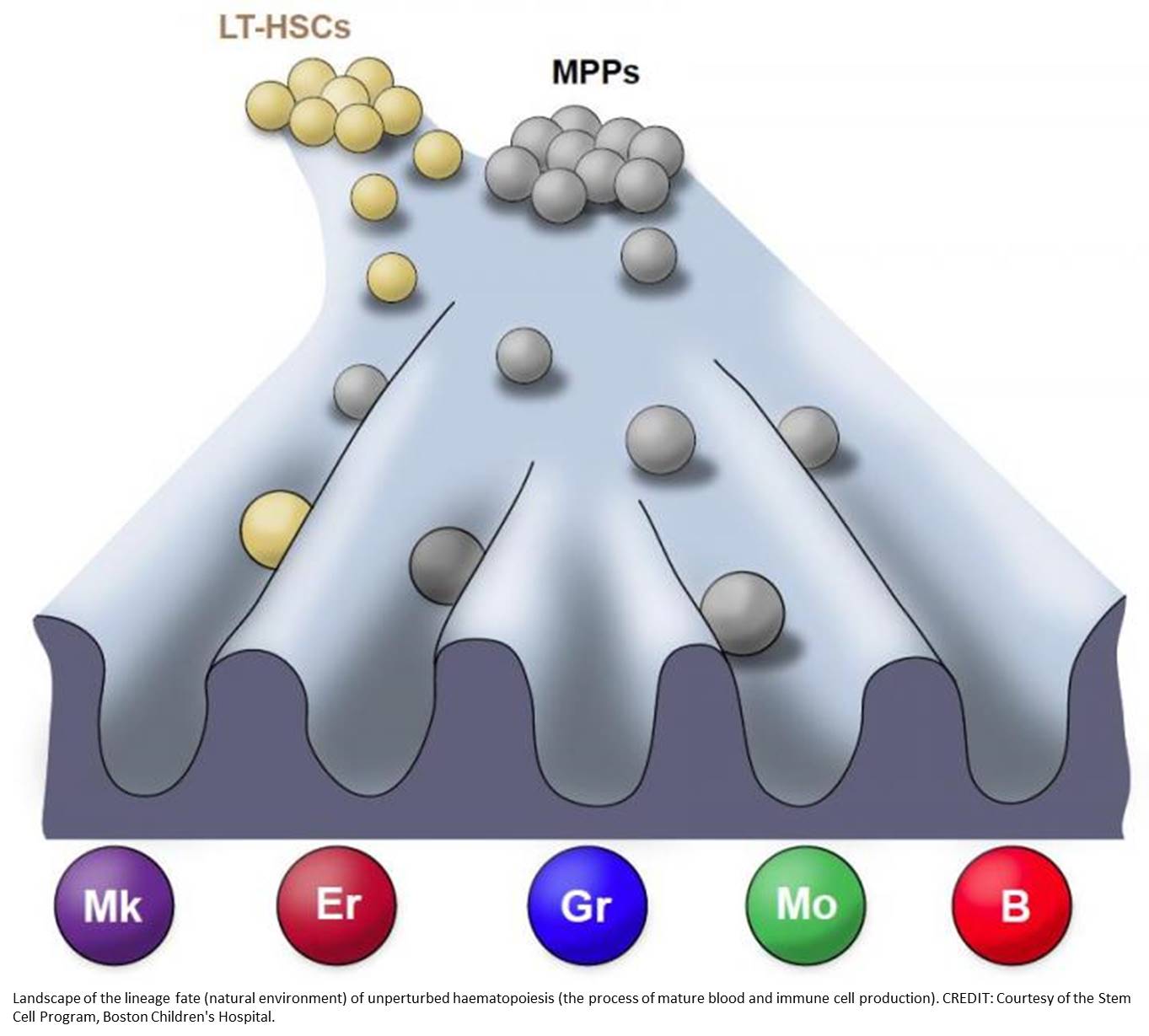 By tagging bone marrow cells of mice with a genetic label, or barcode, researchers were able to track and describe the family tree of individual blood cells as they form in their natural environment. The scientists discovered that these cells regenerate differently than their counterparts do after a blood cell transplant, according to a study published in Nature.

This study moves research a step further towards the development of blood regeneration therapies, but the researchers believe it is also applicable to a variety of cells and will yield insights about regenerating diseased or damaged tissues.

"Our results show that stem cells and their less pluripotent descendants, blood progenitors, behave somewhat differently when studied without removing them from their native environment versus when studied in a laboratory or in transplantation; leading to differences in the type of blood lineages they make," said study's first author.

Due to the lack of appropriate tools to study how blood forms in the natural environment of the body, the majority of studies about where individual blood cells come from have been done after a transplant. In that context, the transplanted cells would have been "perturbed," or removed from their natural environment. According to the researchers, the current models are more likely to represent a roadmap of lineage potential for the blood cells' natural offspring.

In the study, researchers tagged cells using a transposon, a piece of genetic code that can jump to a random point in DNA when exposed to an enzyme called transposase, to track blood progenitors and adult stem cells during the natural, unperturbed process of blood regeneration.

The research provides evidence for a substantially revised roadmap for normal blood regeneration or blood production in the natural environment; and highlights how in those conditions blood stem cells and progenitor cells manifest unique properties.

Authors describe a distinct clonal roadmap in which the megakaryocyte lineage arises largely independently of other haematopoietic fates. The data, combined with single-cell RNA sequencing, identify a functional hierarchy of unilineage- and oligolineage-producing clones within the multipotent progenitor population.