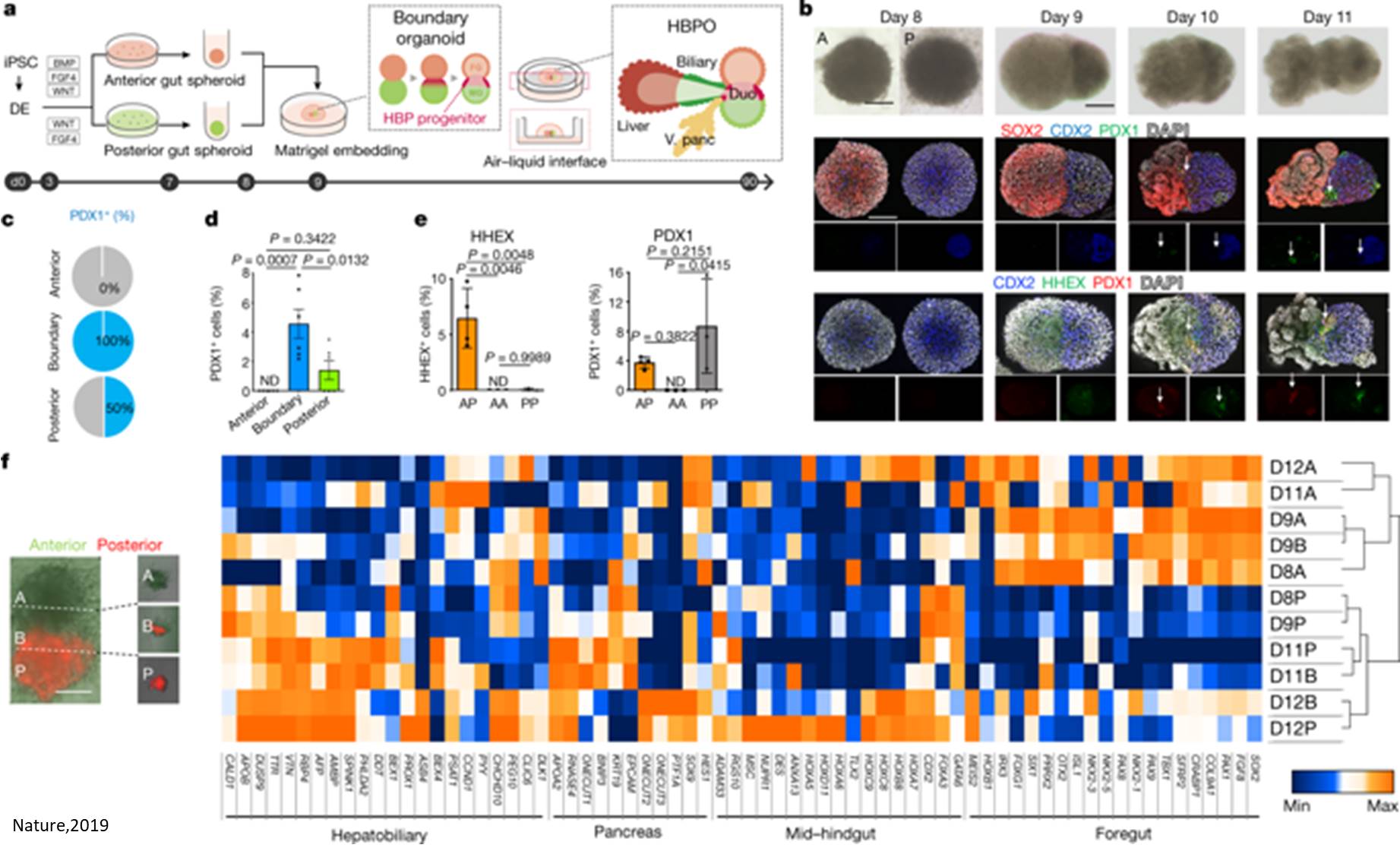 Instead of growing mini human organs independently in separate lab dishes, a research team succeeded at growing a connected set of three organs: the liver, pancreas and biliary ducts.

Organoids, grown from stem cells, are tiny 3D formations of human tissue that actually perform the functions of multiple cells types found in full-sized organs. By themselves, human organoids already provide a sophisticated tool for research. But this advance allows scientists to study how human tissues work in concert. This major step forward could begin reducing the need for animal-based medication studies, sharply accelerate the concept of precision medicine, and someday lead to transplantable tissues grown in labs.

"The connectivity is the most important part of this," the senior author says. "What we have done is design a method for producing pre-organ formation stage tissues so that they can develop naturally. We are maximizing our capacity to make multiple organs much like or body does."

In previous research, the authors had demonstrated a method to produce large supplies of liver "buds," an early-stage form of a liver organoid. The also had grown liver organoids that reflect disease states, including steatohepatitis, a dangerous form of liver scarring and inflammation that occurs in some people with obesity.

The hardest parts of the process were the earliest steps. They started with human skin cells, converting them back into primitive stem cells, then guiding and prodding those stem cells to form two very early-stage "spheroids" of cells loosely termed the foregut and the midgut.

These balls of cells form very early in embryonic development. In humans, they form late in the first month of gestation. In mice, they form in just 8.5 days. Over time, these spheres merge and morph into the organs that eventually become the digestive tract.

Growing these spheroids in the lab was a complex process that required using the right ingredients at the right time. Once they were mature enough--a timing step that required much work to pinpoint--then came the easier part.

The team simply placed the spheroids next to each other in a special lab dish. The cells were suspended in a gel that's commonly used to support organoid growth, then placed on top of a thin membrane that covered a carefully mixed batch of growth medium.

The lab team simply watched as cells from each spheroid began to transform upon meeting each other at the boundary between the two. They converted themselves, and each other, into more specialized cells that could be seen changing colors thanks to chemical tags the lab team had attached to the cells.

Soon, the merging, changing spheres sprouted into branches leading to new groups of cells that belonged to specific organs. Over a period of 70 days, these cells continued to multiply into more refined and distinct cell types. Ultimately, the mini organoids began processing bile acids as if they were digesting and filtering food.

"This was completely unexpected. We thought we would need to add ingredients or other factors to push this process," another author says. "Not trying to control this biological process led us to this success."

However, the authors were able to grow these organoids only so far.

For the long-term hope of growing organ tissues large enough to be useful in human transplantation, The senior author says more work is needed. The authors already have started working on ways to add in immune cells along with cell lines needed to form blood vessels, connective tissues, and more.

But for research and diagnostic purposes, this discovery may have more immediate implications.

In precision medicine, doctors are starting to use genomic data and other information to determine exactly which treatments would work best for patients with serious disease, at what dose, and with the least amount of possible side effects.

A living "gut" of multiple organs would provide scientists with a powerful tool for studying exactly how gene variations and other factors affect organ development during pregnancy, and to develop better targeted drugs to treat conditions after babies are born.

A connected system of "generic" human organoids would offer much more information than having three organoids in disconnected dishes. Growing a set of gut organoids for a specific patient could allow even more precise diagnosis and customized treatment.

The team already has grown a set of gut organoids that lack the gene HES1. This is one of several known genes that play a major role in triggering biliary atresia, a condition that destroys the biliary duct system, which leads to liver failure and death unless a transplant can be provided. This condition is the leading cause of liver transplants for children.

The new study demonstrates how the gut organoids are harmed by the lack of HES1. If scientists can find a way to compensate for that genetic variation, they may be able to find a medication or cell transplant that would preserve biliary function in newborns and possibly avoid the need for hard-to-obtain liver transplants.