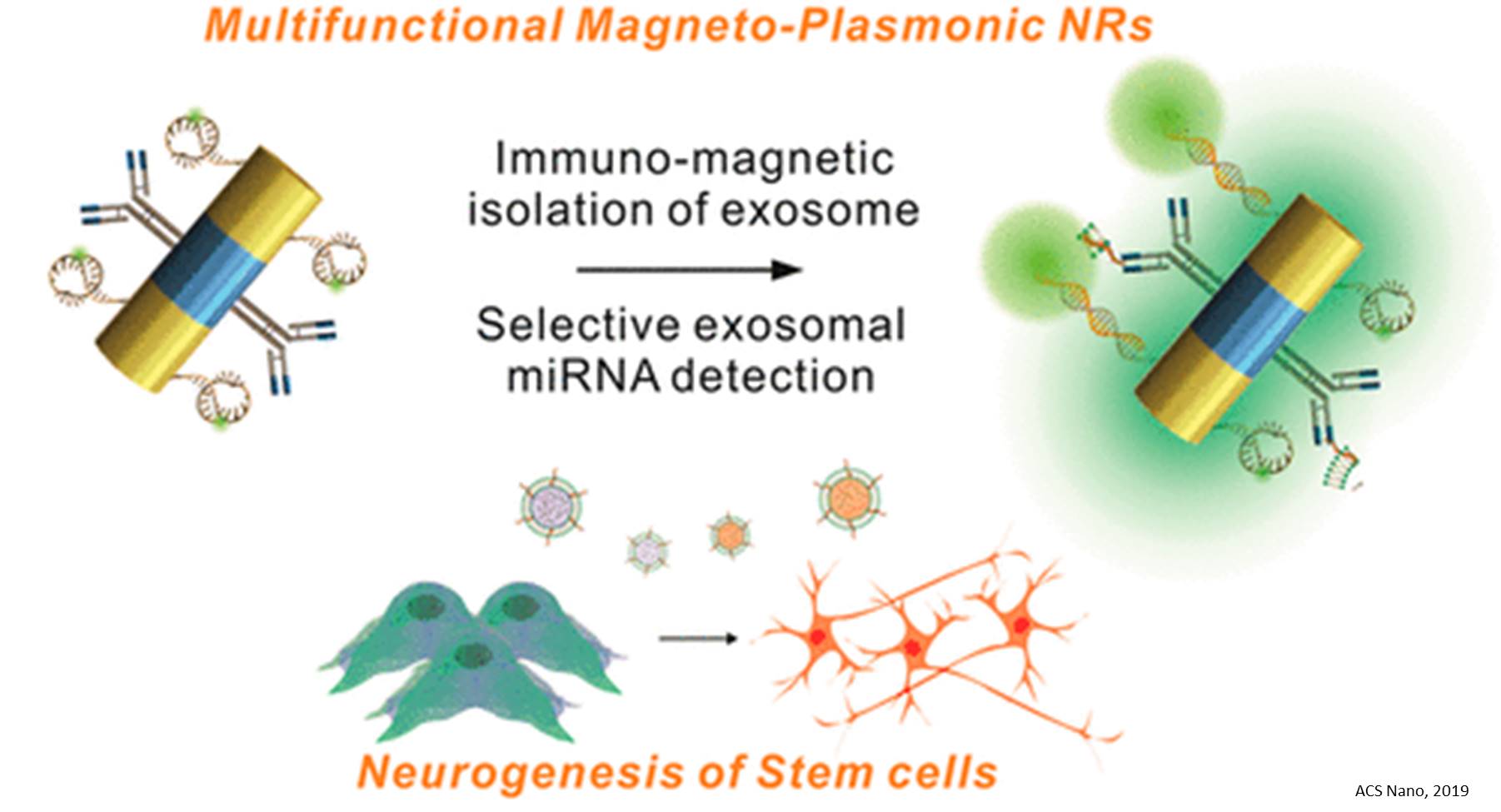 Nanotechnology developed by the researchers could boost research on stem cell transplantation, which may help people with Alzheimer's disease, Parkinson's disease, other neurodegenerative diseases and central nervous system injuries.

The nanotechnology platform, which uses special tiny rods for sensing, allows researchers to confirm the identity of human stem cell fates and their biomarkers, or biological molecules, without destroying them, according to a study in the journal ACS Nano. That's been a major issue during pre-clinical research on stem cells because it limits further analyses and biomedical applications.

"One of the major hurdles in the current cell-based therapies is the destructive nature of the standard cell characterization step. With our technology, we can sensitively and accurately characterize the cells without compromising their viabilities," said senior author.

Stem cells can develop into many different types of cells, including neurons that transmit information in the brain. Adult human-induced pluripotent stem cells, which resemble embryonic stem cells, can be used to develop drugs and model diseases, according to the National Institutes of Health. Scientists hope to use them in transplantation medicine.

While stem cells hold great potential for treating neurodegenerative diseases and central nervous system injuries, controlling and characterizing their fate are critical issues that need to be addressed before their potential use as treatments can be fully realized. Current methods for characterizing stem cell biomarkers destroy cellular activities and functions, which makes it difficult to conduct more definitive research that could lead to biomedical applications.

Using their nanotechnology platform, the scientists successfully monitored the generation of neurons from human stem cells by characterizing next generation biomarkers called exosomes - tiny particles released by cells that play a critical role in cell-to-cell communication. The scientists will further investigate their technology's versatility in other applications, such as detecting neurons in clinical settings.

In a proof-of-concept demonstration, our multifunctional magneto-plasmonic NR successfully detected the expression level of miRNA-124 and characterized neurogenesis of human-induced pluripotent stem cell-derived neural stem cells in a nondestructive and efficient manner. The a uthors also demonstrated the versatility and feasibility of our multifunctional magneto-plasmonic NRs by characterizing a heterogeneous population of neural cells in an ex vivo rodent model.