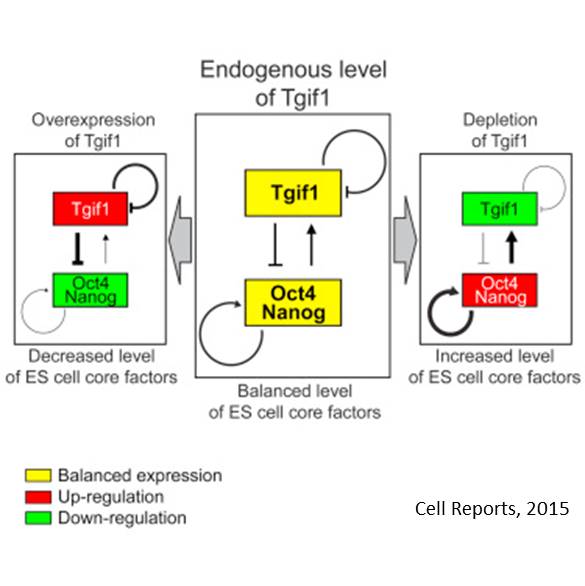 Nevertheless, the mechanism that provides precise control of the levels of the ESC core factors without indefinite amplification has remained elusive.

They confirm the existence of physical associations between Tgif1 and Oct4, Nanog, and HDAC1/2 and further show the level of Tgif1 is not significantly altered by treatment with an activator/inhibitor of the TGFβ/activin/nodal signaling.

Collectively, these findings establish Tgif1 as an integral member of the core regulatory circuitry of mouse ESCs that counterbalances the levels of the core pluripotency factors in a TGFβ/activin/nodal-independent manner.