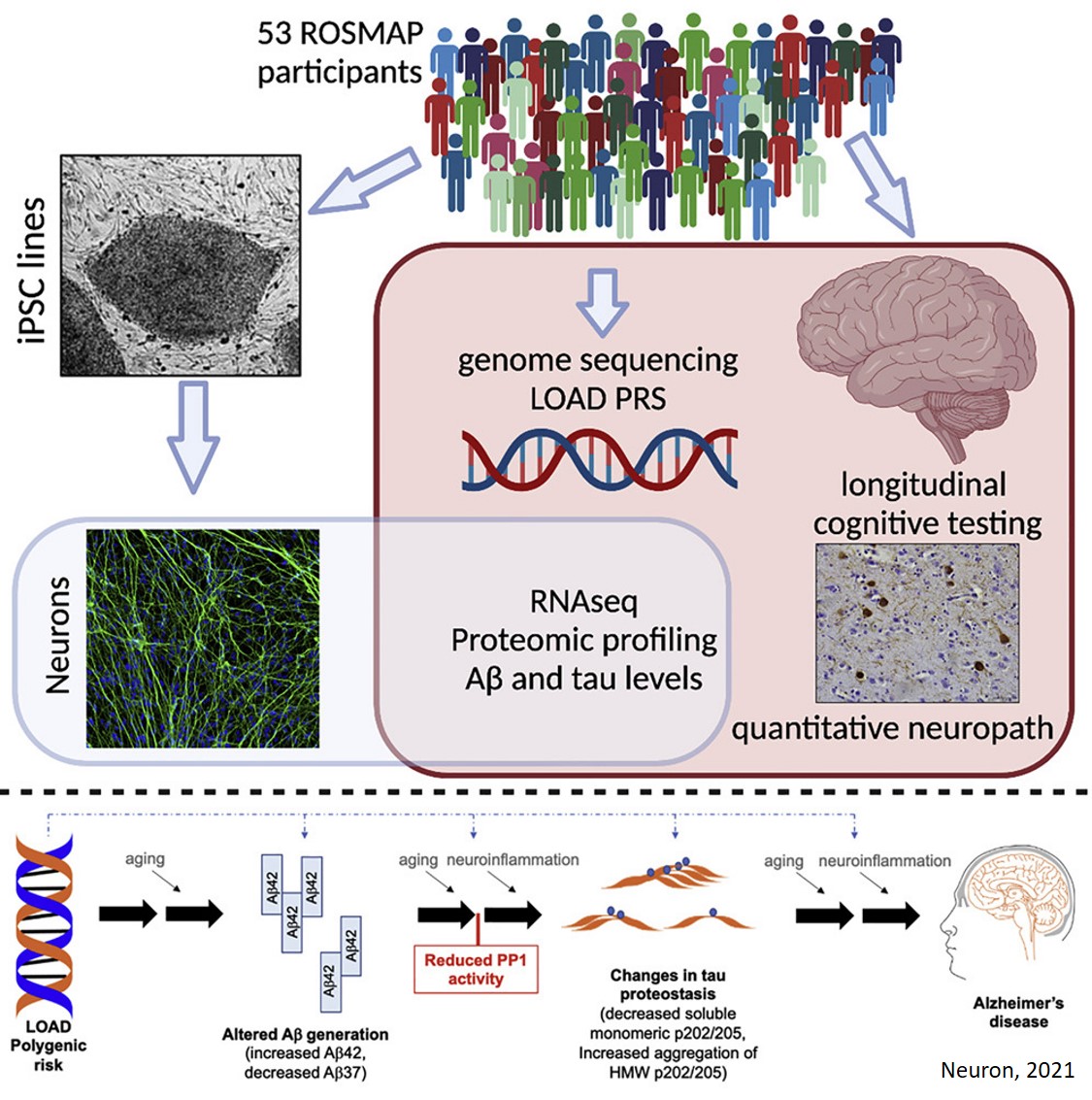 A study has established a new resource for exploring and understanding Alzheimer’s disease (AD) on an individualized level. The team generated induced pluripotent stem cell (iPSC) lines from over 50 different individuals for whom longitudinal clinical data, quantitative neuropathology data, and rich genetic and molecular profiling of brain tissue was also available.

The team demonstrated the power of this new resource through a series of studies that turned these human stem cells into brain cells and then analyzed molecular pathways active in these living neurons in a dish. The team identified specific forms of amyloid beta-protein (Aβ) and tau protein associated with cognitive decline and AD, and uncovered signaling pathways influencing the production of these toxic species. Their findings are published in Neuron.

“We are finding that different genetic backgrounds in humans generate different profiles of Aβ and tau” said the author. “Those stem cell derived neuronal profiles have a predictive nature, in terms of the clinical outcome of an individual’s Alzheimer’s disease. This large set of human cell lines from AD and cognitively normal people provide the scientific community with a powerful experimental system for untangling why some people develop AD and others do not.”

The study leveraged a large cross-institutional collaborative effort that follows a cohort of people from the Religious Orders Study (ROS) and the Rush Memory and Aging Project (MAP) at Rush University. All individuals entered the ROS and MAP studies with no history of AD or any other neurological diagnosis, but over one third of them went on to develop AD over time. Stem cell lines were generated from blood samples of over 50 of these individuals, who lived to an average of 90 years of age. While the subjects were alive, detailed clinical records and full genome sequencing were collected for each person. After death, the brains of the deceased also were studied and compared to their cultured brain cells in a dish.

The researchers measured Aβ and tau generated by the stem cell-derived neurons and found that specific Aβ and tau species were associated with the levels of plaque and tangle deposition in the brain and the trajectory of cognitive decline.

“If you look across cell culture samples from 50 people, you can predict from the Aβ and tau profiles some features of the cognitive status of that person: their rate of cognitive decline and whether they developed AD, which is absolutely remarkable,” the author said.

The authors recognize that, since participants of the ROS and MAP cohorts were primarily Caucasians of European origin, their observations may not be applicable to more diverse populations. The research team has already undertaken the development of 50 new iPSC lines which will be derived from people of color and non-Caucasian groups.

“This is a resource for the whole community, for scientists around the world to use,” said the author. “We already have around 50 labs, all around the world, starting to use these cells in their studies.”

The research team is also exploring if the stem cell-derived neurons can be used to predict whether drugs like aducanumab, a new Alzheimer’s drug recently approved by the Food and Drug Administration, will be more effective in specific groups of AD patients.

“The new Alzheimer’s drug is an antibody that recognizes Aβ and clears it from the brain. Our work shows that different genetic backgrounds of human neurons produce different profiles of Aβ,” said the author. “What our system provides is a platform to test who might be responsive to different AD therapeutics, for example, anti-Aβ and anti-tau immunotherapeutics. This will be important because neurons from different individuals produce different profiles of Aβ and tau, and different antibody cocktails may be more effective against one profile over another.”

The research team hopes to convey to the public that Alzheimer’s is usually not caused by a single genetic mutation but instead can have different sets of genes contributing to risk across different people. This means that the primary causes of AD can be varied, and therefore treatments may also need to be tailored to the underlying causes of disease.

“There’s a perception that this disease is one uniform disease that shows up and progresses the same way for everyone,” the author said. “It’s important to understand that Alzheimer’s is actually quite heterogeneous in its underlying causes, ages of onset and disease course. This is the first time we have a system in place to study living human brain cells from many people to understand better why some develop AD in a very specific way and others are resistant to the disease.”