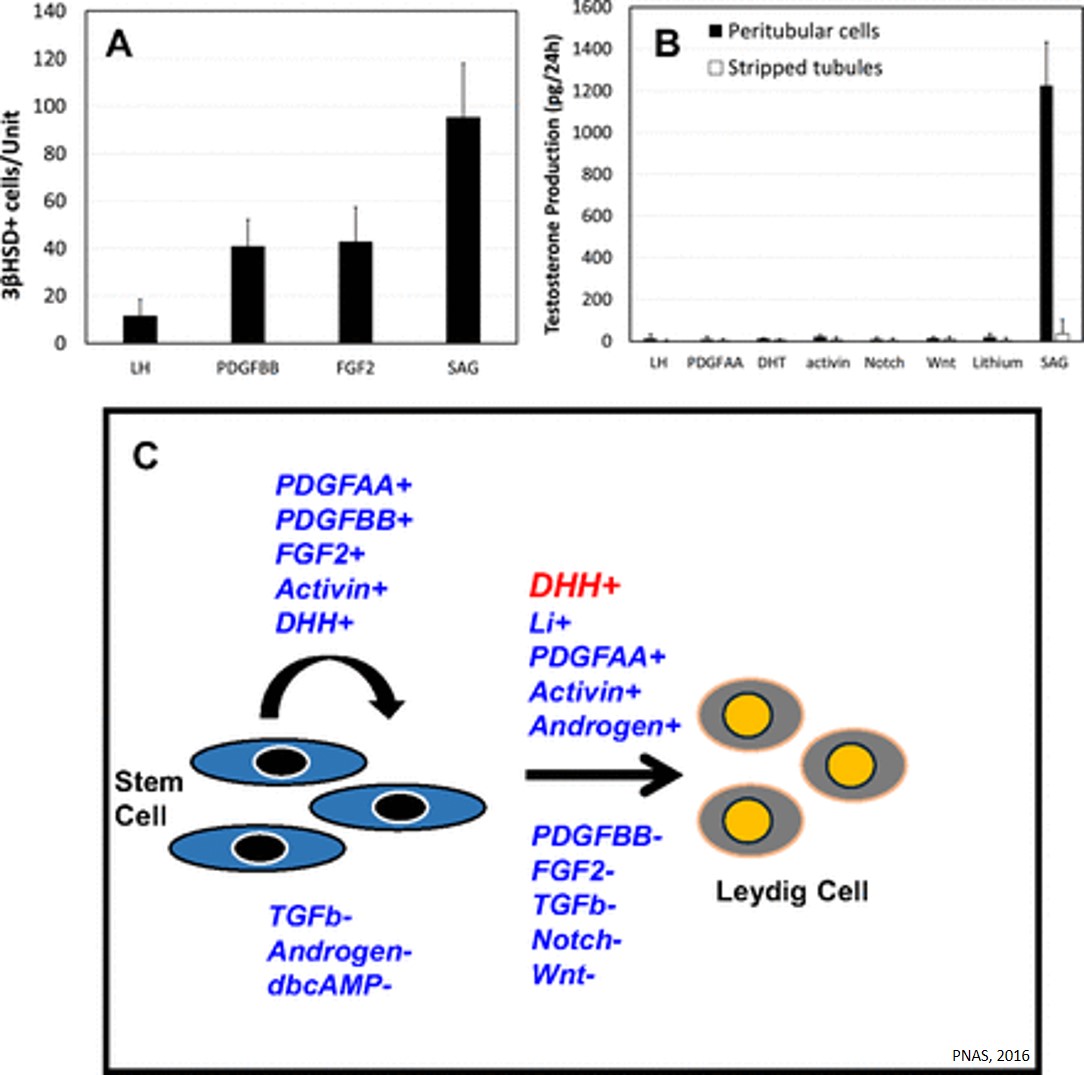 Scientists have long known that testosterone, produced by Leydig cells in the testicles, is necessary for the male reproductive system to develop in fetuses and to maintain male reproductive function later in life. More recent research has shown that testosterone performs a host of other critical jobs in the body, with deficiencies contributing to increased body fat, decreased muscle mass, increased fatigue, depressed mood, decreased cognitive function and reduced immune response. Low testosterone has also been linked to increased mortality risk in older men.

To combat these issues, and to synchronize secondary sexual characteristics with gender identity in transgendered men, doctors often prescribe testosterone supplements that can be administered a variety of ways, including injection or topically. But these methods have a number of side effects, including increased risk of heart attacks and strokes, prostate enlargement, breast enlargement and acne.

Now, researchers discovered a way to keep adult stem cells that are destined to become testosterone-producing cells multiplying and on track to fulfill their fate, a new study reports.

The findings could eventually help scientists develop transplantable cells that can churn out testosterone, avoiding the multitude of drawbacks associated with other ways to administer this quintessential male hormone. A report on the research is published online in the Proceedings of the National Academy of Sciences.

The researchers used a method they'd previously developed to keep the stem cells alive, culturing them along isolated sections of the tubes that carry sperm in the testicles known as seminiferous tubules. For the next several weeks, the researchers fed these samples with various growth factors and other proteins that previous research had suggested might play a role in proliferation and differentiation.

Additionally, researchers determined that a protein called CD90, found on cell surfaces, could reliably distinguish the stem cells on the surfaces of seminiferous tubules that could be steered into Leydig cells.

Together, these findings could be useful both for basic research as a model system for stem cells in general, and also to someday help researchers to create a population of testosterone-producing cells fit for transplant by isolating the right stem cells, prompting them to multiply and then to differentiate into Leydig cells.