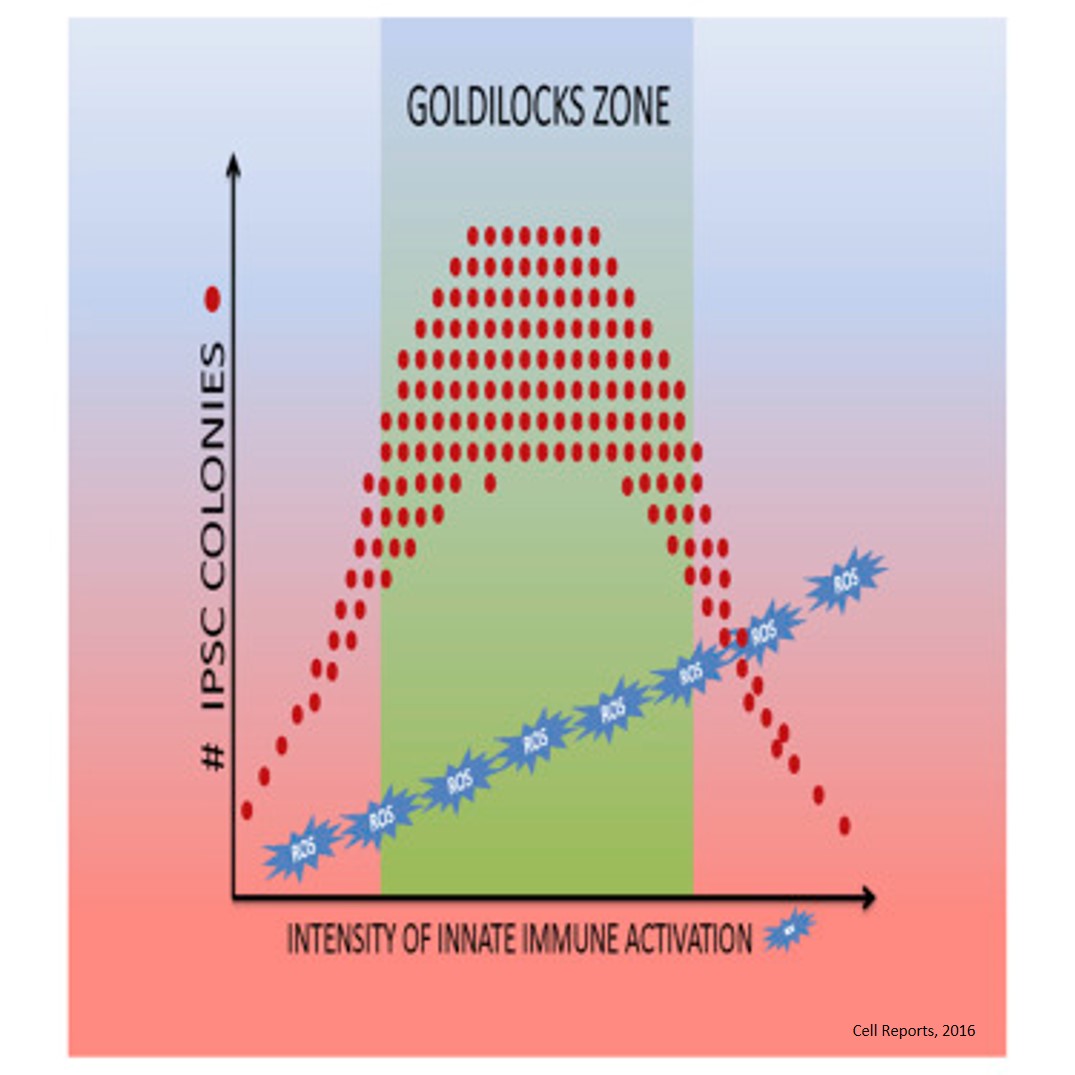 Using a variety of methods to induce somatic cells to become iPSCs, the researchers first found that in the early stages of reprogramming, the transformation was consistently accompanied by an increase in ROS generation.

"When we used genetic tools to knock out the enzymes controlling ROS generation, or we tied up any generated ROS with antioxidants, we observed a marked reduction in iPSC colony formation," said the author. "Conversely, the overproduction of ROS impaired stem cell formation, meaning that optimal iPSC production occurs within a 'Goldilock's zone' of free radical generation--too little or too much and reprogramming shuts down."

Finally, the researchers discovered that ROS generation subsided as the iPSCs matured, and these mature stem cell colonies survive best in a cellular environment with low levels of ROS.

"What we learned is that the viral vectors played a role in reprogramming. Their activation of innate immune signaling caused epigenetic changes that were absolutely necessary for the transformation of somatic cells into iPSCs," explained the author.