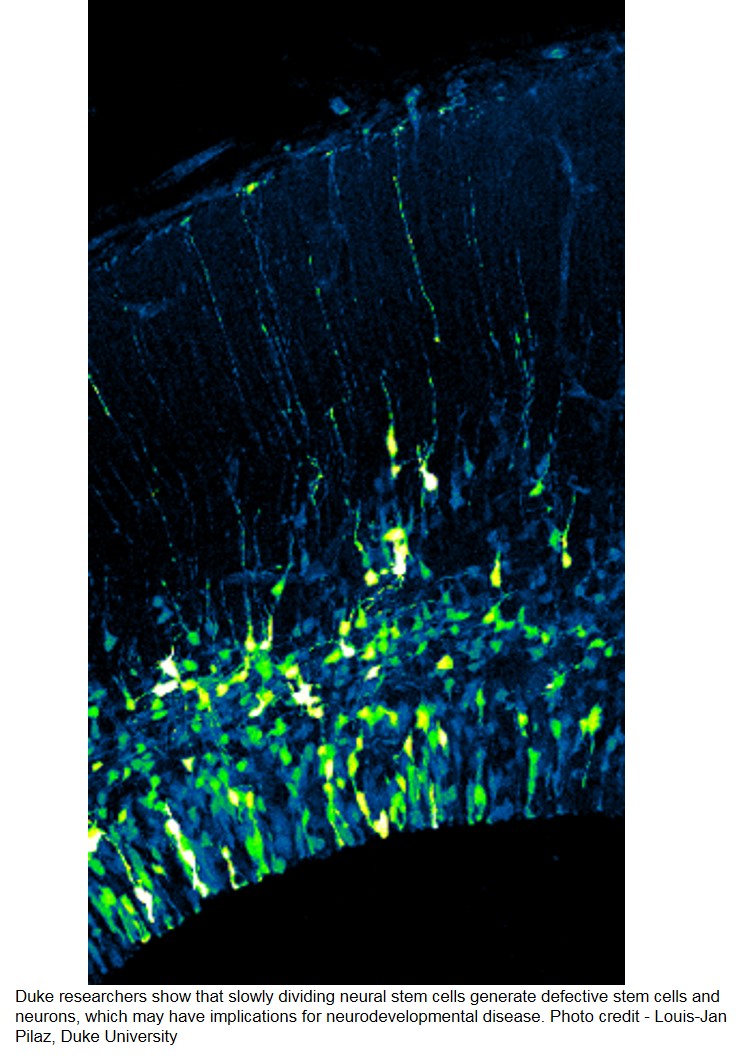 Microcephaly is a rare disease that causes intellectual disability and seizures. A genetic form of microcephaly manifests as the fetal brain develops during pregnancy; the cerebral cortex, a large brain structure responsible for abstract thought, memory and language, is particularly vulnerable to the disorder.

The research group previously discovered that mice missing a single copy of a gene called Magoh have severely reduced brain size reminiscent of genetic microcephaly in people. The group zeroed in on neural stem cells which divide to form either a new stem cell or the beginning of a new neuron cell. The previous study found that the number of neural stem cells seemed out of balance with the number of neurons being produced in the Magoh-deficient brains.

The researchers suspected that the time it takes for one stem cell to divide into two -- a process called mitosis -- could be responsible for the imbalance. Other microcephaly-linked genes are known to control mitosis. But how mitosis defects caused microcephaly was unknown.

In the new study, Silver's team found that about 30% of the stem cells in mice lacking Magoh took longer -- in some cases two or three times longer than usual -- to divide.

As scientists watched those cells using cutting-edge live imaging techniques, they were surprised to see that the sluggish stem cells tended to differentiate into neurons, and were also more likely to die.

"It's really a combination that helps explain the microcephaly," author said. "On one hand, you're really not making enough new stem cells, and if you don't have enough stem cells you can't make enough neurons in the brain. On the other hand, some neurons do get made, but a lot of them die."

Magoh is a protein that switches on the expression of many other important genes but it does not work alone. In fact, previous research has linked Magoh's partners in gene regulation to other neurodevelopmental diseases. The Duke team is now planning large-scale screening approaches to ask what other genetic pathways influence the decision point when a delayed stem cell makes a neuron.