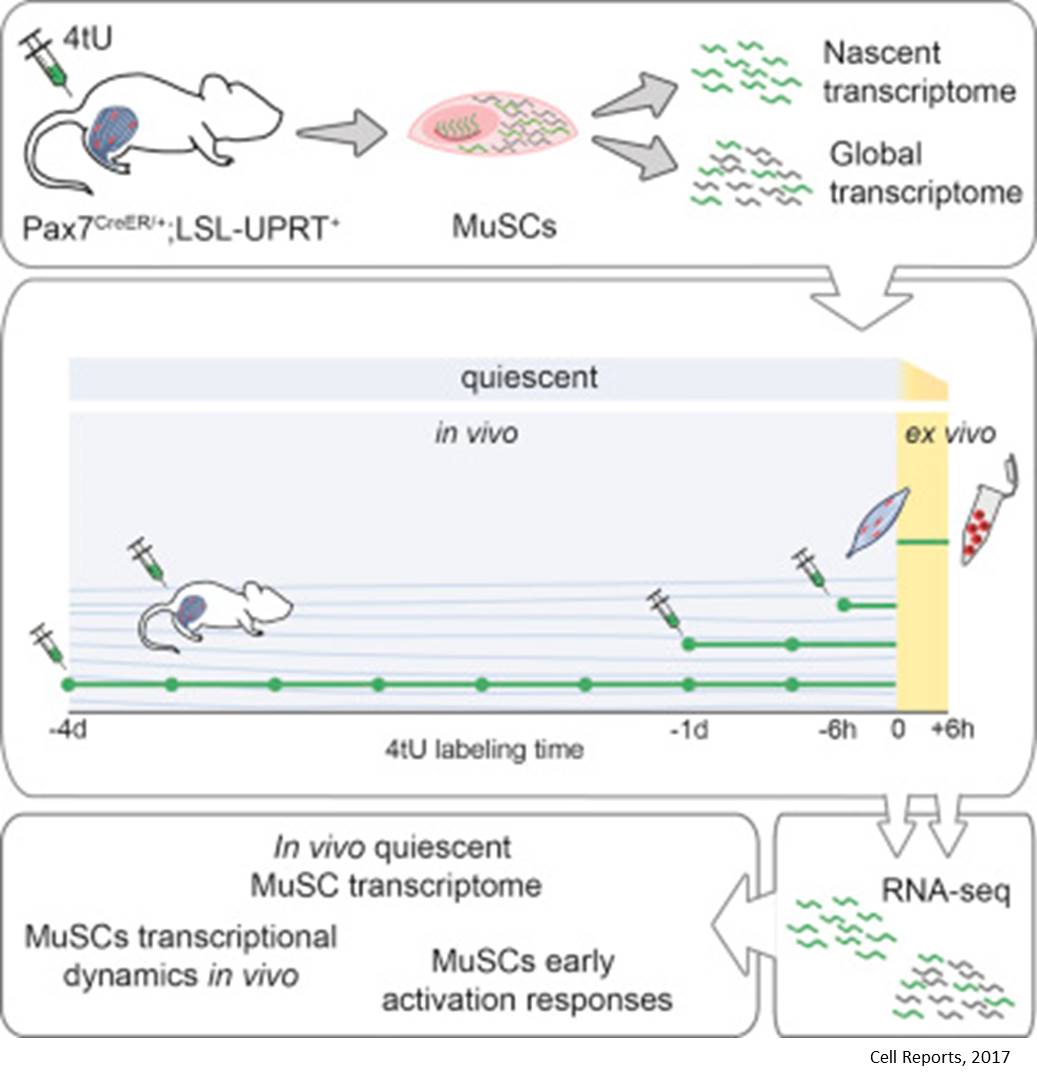 Stem cells in the body have a significantly different gene-expression profile than do the same cells when they're isolated in a lab dish, according to researchers published their work in Cell Reports.

The research suggests that any conclusions about stem cell function based on studies of isolated stem cells may now need to be reconsidered in light of the fact that the cells' biology changes during isolation. In particular, the researchers found that levels of certain RNA molecules increased when stem cells were isolated, whereas the levels of many other RNA molecules decreased.

"The cells in the animal clearly differ from those that are removed for study," said the senior author. "It's likely that some of these notable differences will skew our view of what the quiescent state entails for many types of adult stem cells. We and other researchers will need to rethink about how to profile stem cells in a way that accurately reflects their in vivo state."

Previous studies of stem cell gene expression have been largely based on cells that had been removed from their native environment within an animal and purified through a process called fluorescence-activated cell sorting, or FACS. Researchers then studied the function, biology and RNA content of the isolated cells.

In contrast, in the current study, researchers used a new technology that allowed them to specifically label RNA molecules at the moment of their birth in muscle stem cells in mice. These molecules could then be rapidly extracted for study, in contrast to the several hours it can take to isolate whole stem cells from an animal. This approach allowed them to distinguish the patterns of gene expression in vivo from those observed in stem cells that have been isolated before analysis of their RNA.

The results confirmed what previous research in the laboratory has shown: Despite their seemingly sleepy lifestyle, muscle stem cells are actually hotbeds of activity concealed by a tranquil outer membrane. The researchers were particularly surprised to learn that many of the RNAs made by the muscle stem cells in vivo are either degraded before they are made into proteins, or they are made into proteins that are then rapidly destroyed -- a seemingly shocking waste of energy for cells that spend most of their lives just cooling their heels along the muscle fiber.

"Historically, we've thought of quiescence as an 'everything off,' or dormant, state," said the senior author. "But our work has shown that the reality is quite different. Not only have we been missing transcripts that are present in vivo, but we are also puzzled as to why so many transcripts that are made in vivo are not made into proteins. It's possible that this is one way the cells stay ready to undergo a rapid transformation, either by blocking degradation of RNA or proteins or by swiftly initiating translation of already existing RNA transcripts."

The researchers found that isolated cells make large numbers of RNA molecules known to be involved in cellular stress and in cellular proliferation. Conversely, stem cells in the body make more RNAs involved in maintaining the quiescent state, in which they exist until called upon to make new muscle fibers.

The researchers additionally found that the process of isolating whole muscle stem cells for study caused some important RNA molecules to be degraded, rendering them undetectable in previous studies. These findings further support the notion that this quiescent state is not one of dormancy, but one of active regulation and controls -- controls that are no longer needed once the cells are awakened to begin the process of tissue repair.

"It's so important to know what we are and are not modeling about the state of these cells in vivo," said the senior author. "Are we modeling it correctly when we look at stem cells isolated by FACS? This study will have a big impact on how researchers in the field think about understanding the characteristics of stem cells as they exist in their native state in the tissue."