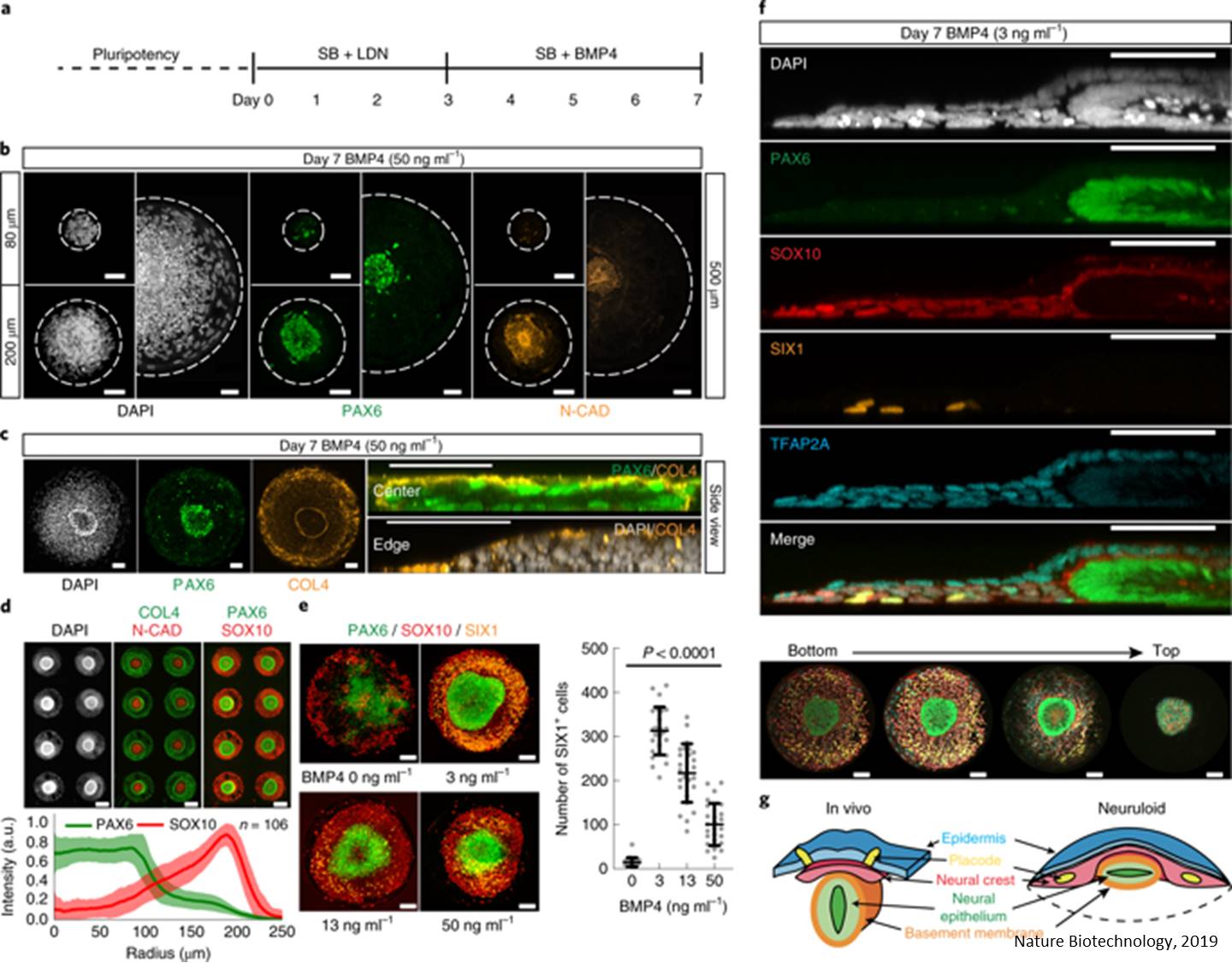 The first signs of Huntington's, an inherited disease that slowly deteriorates bodies and minds, don't typically surface until middle age. But new findings suggest that something in the brain might be amiss long before symptoms arise, and earlier than has ever been observed. Using a new technology, scientists were able to trace the causes of the disease back to early developmental stages when the brain has only just begun to form.

Developed in the lab, the system uses neuroloids--tiny, three-dimensional tissue cultures that serve as models for whole organs. The researchers create these cell clumps from human embryonic stem cells and manipulate them in the lab to study how developmental diseases arise.

Previous work in the lab found evidence that the disease arises in young neurons; but this latest study takes the developmental timeframe back even further, to the step in the brain's development when cellular uniformity gives way to the emergence of particular structures, a process called neurulation. When the researchers introduced into neuroloids a mutation known to cause Huntington's, it consistently caused dramatic effects with abnormally shaped tissue structures. "Something's collapsed," the author says.

The researchers have started using the technology to screen for drugs that prevent these abnormalities, an approach they hope will provide a powerful alternative to similar work being done in animal models.
"This technology really opens a door toward identifying that mechanisms that govern brain development, understanding how they go awry in disease, and testing drugs that set these mechanisms back on the right course," says the author.