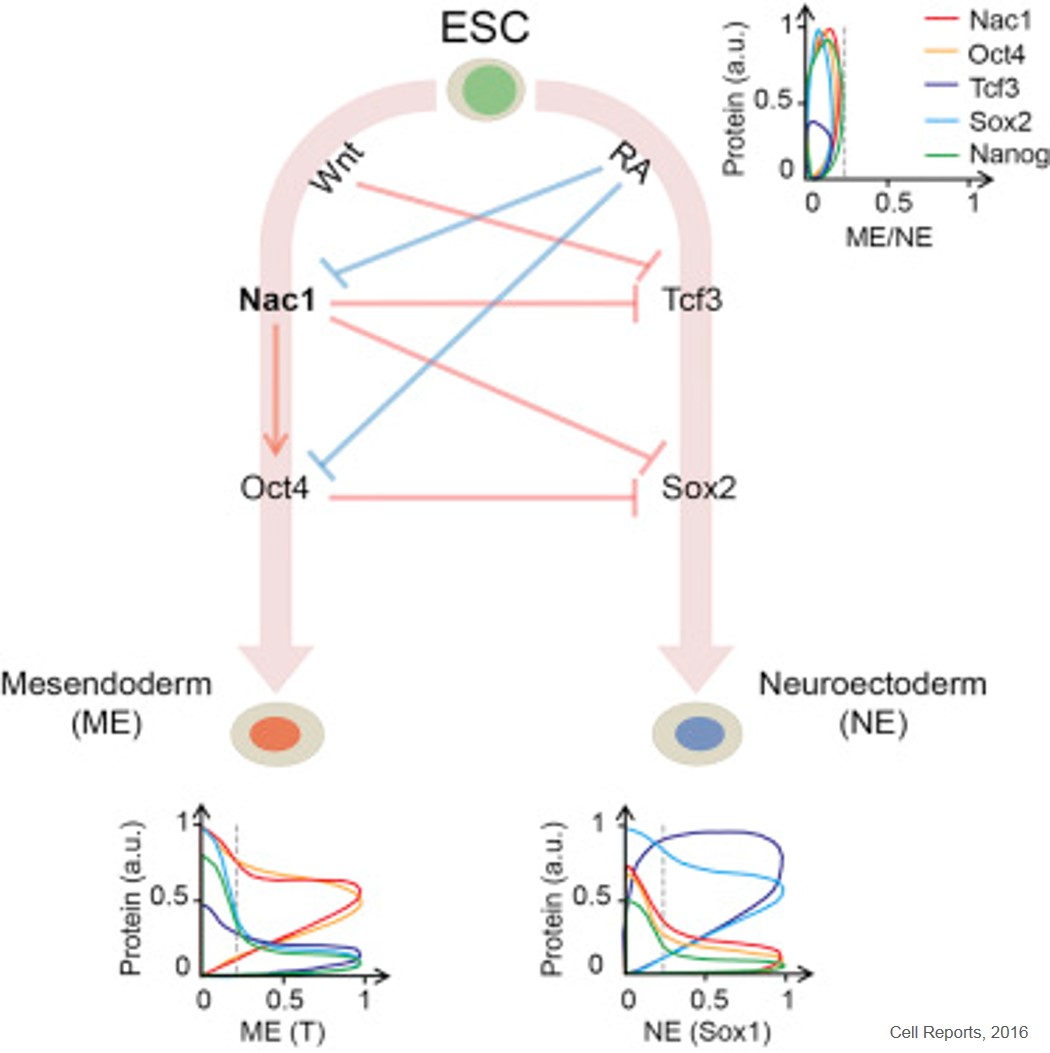 Mouse ESCs are regulated by an ensemble of transcription factors (TFs), including Pou5f1 (Oct4), Nanog, Sox2, Rex1, Nacc1 (Nac1), Klf4, cMyc, and others, which promote pluripotency by activating their own expression, and that of other pluripotency genes, and by suppressing genes required for differentiation.

Authors in the journal Cell Reports use integrative methods to show that external signals induce reorganization of the mouse embryonic stem cell pluripotency network and that a sub-network of four factors, Nac1, Oct4, Tcf3, and Sox2, regulates their differentiation into the alternative mesendodermal and neuroectodermal fates.

In the mesendodermal fate, Nac1 and Oct4 were constrained within quantitative windows, whereas Sox2 and Tcf3 were repressed.

In contrast, in the neuroectodermal fate, Sox2 and Tcf3 were constrained while Nac1 and Oct4 were repressed. In addition, authors show that Nac1 coordinates differentiation by activating Oct4 and inhibiting both Sox2 and Tcf3.

Reorganization of progenitor cell networks around shared factors might be a common differentiation strategy and our integrative approach provides a general methodology for delineating such networks.