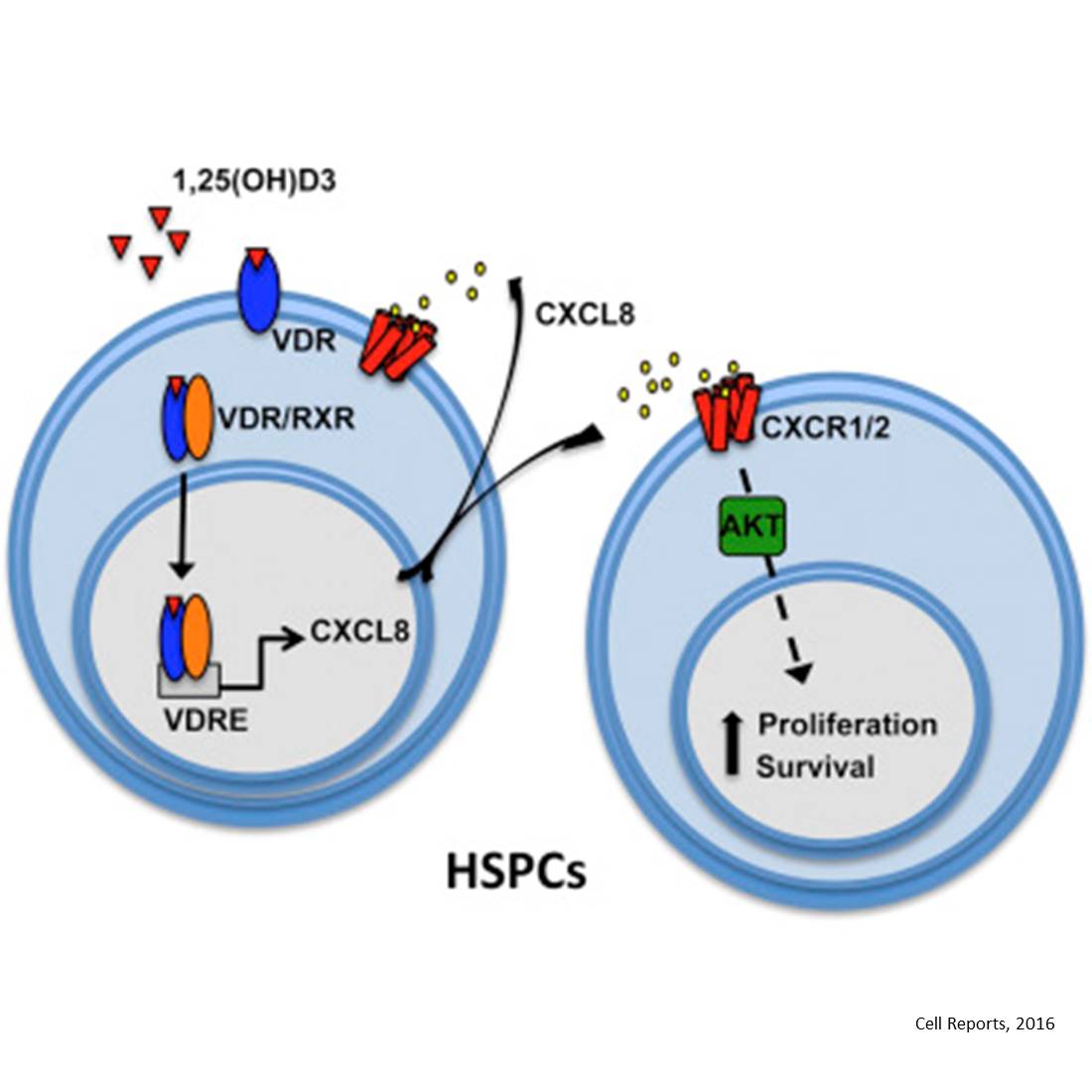 They hypothesize that the levels of vitamin D during fetal development may play a role in preventing the onset of blood-related disorders later in life. Vitamin D deficiency affects more than one billion people worldwide, and it is known that children born with severe vitamin D deficiency often develop a variety of blood-related issues, including anemia and low platelet numbers.

Researchers found, in both human and zebrafish tissue, that vitamin D affects inflammatory signals that help control the formation of blood stem cells. They also found that when Vitamin D exposure was blocked, fewer cells were formed.

"What was surprising was that Vitamin D is having an impact so early," says the senior author. "We really only thought about Vitamin D in terms of bone development and maintenance, but we clearly show that, whether they were zebrafish or human blood stem cells, they can respond directly to the nutrient."

One caveat is the researchers did face difficulty testing the response in mice, as the animals don't have the same vitamin D inflammatory targets observed in both fish and humans. Additionally, the investigators didn't know the vitamin D levels in the umbilical cord blood samples they tested, so they don't know whether vitamin D came from a person who had healthy levels of the nutrient and how that influenced the outcome of their analysis.

Although this study examined how vitamin D affected early development of blood stem cells, more research needs to be done to examine how it can influence other critical processes during embryonic development. Researchers hope that these studies one day help us understand the importance of vitamin D supplementation during pregnancy to ensure that mothers maintain healthy levels of vitamin D.