A bubble-pen to write with nanoparticles 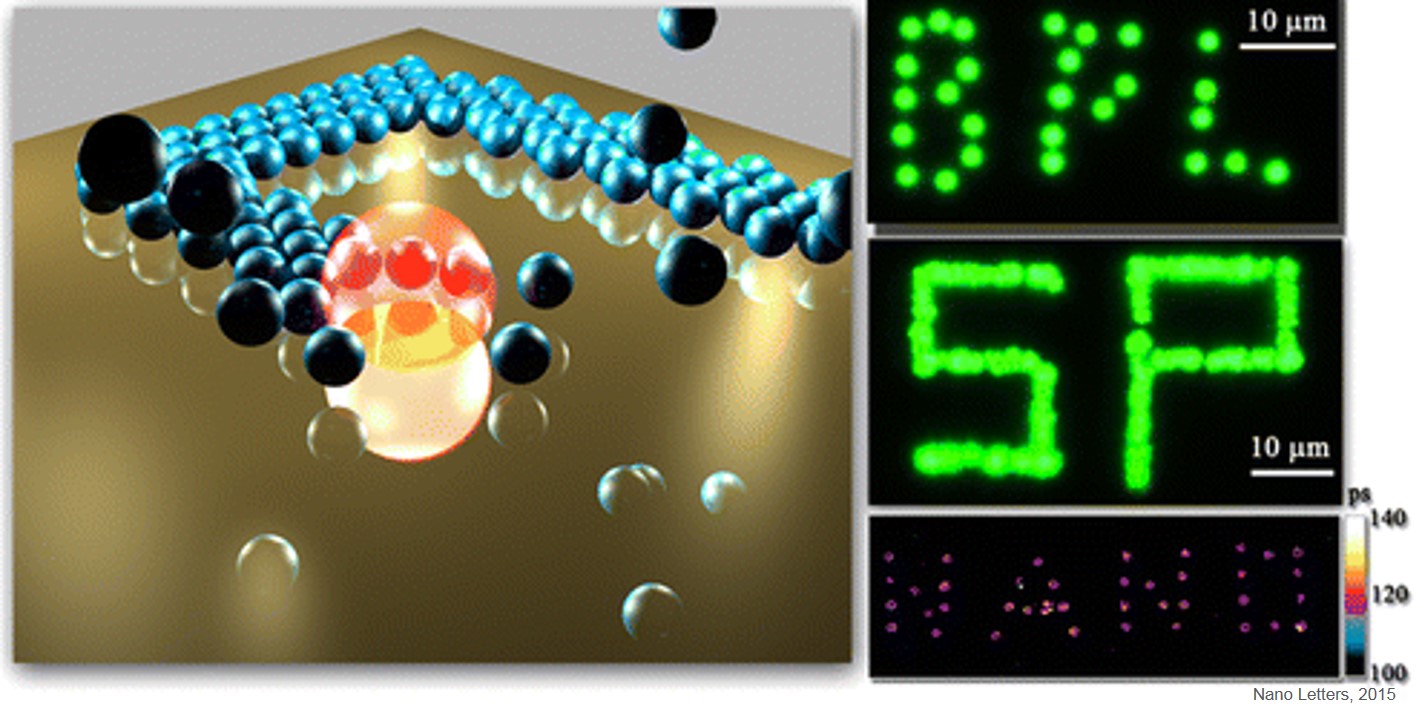 Researchers' interest in nanoparticles, which are between 1 and 100 nanometers in size, has grown rapidly because of their versatility and strength. Some nanoparticles have optical properties that are useful for electronics. Others have the ability to absorb solar energy. In biomedical applications, nanoparticles can serve as drug carriers or imaging agents.

But working with these particles while keeping their properties and functions intact can be difficult. And existing lithography methods, which are used to etch or pattern materials on a substrate, are not capable of fixing nanoparticles to a specific location with precise and arbitrary control.

A research team led by Texas Engineering assistant professor Yuebing Zheng has invented a way to handle these small particles and lock them into position without damaging them. Using microbubbles to gently transport the particles, the bubble-pen lithography technique can quickly arrange particles in various shapes, sizes, compositions and distances between nanostructures. This advanced control is key to harnessing their properties. The patented device and technique is published in Nano Letters.

Using their bubble-pen device, the researchers focus a laser underneath a sheet of gold nanoislands (nanoscale islands) to generate a hotspot that creates a microbubble out of vaporized water. The bubble attracts and captures a nanoparticle through a combination of gas pressure, thermal and surface tension, surface adhesion and convection. The laser then steers the microbubble to move the nanoparticle on a site on the surface. When the laser is turned off, the microbubble disappears, leaving the particle on the surface. If necessary, the researchers can expand or reduce the size of the microbubble by increasing or decreasing the laser beam's power.

The technique could be especially helpful for science and medicine because researchers would be able to precisely control cells, biological material, bacteria or viruses for study and testing.

Moreover, bubble-pen lithography can leverage a design software program in the same way as a 3-D printer, so it can deposit nanoparticles in real time in a pre-programmed pattern or design. The researchers were able to write the UT Austin Longhorn symbol and create a dome shape out of nanoparticle beads.

In comparison to other existing lithography methods, bubble-pen lithography has several advantages, Zheng says. First, the technique can be used to test prototypes and ideas for devices and materials more quickly. Second, the technique has the potential for large-scale, low-cost manufacturing of nanomaterials and devices. Other lithography techniques require more resources and a clean room environment. Transport of extracellular and cell surface proteins to the nucleus How proteins cope with heat stress

Advances in the diagnosis and management of gastroesophageal reflux disease