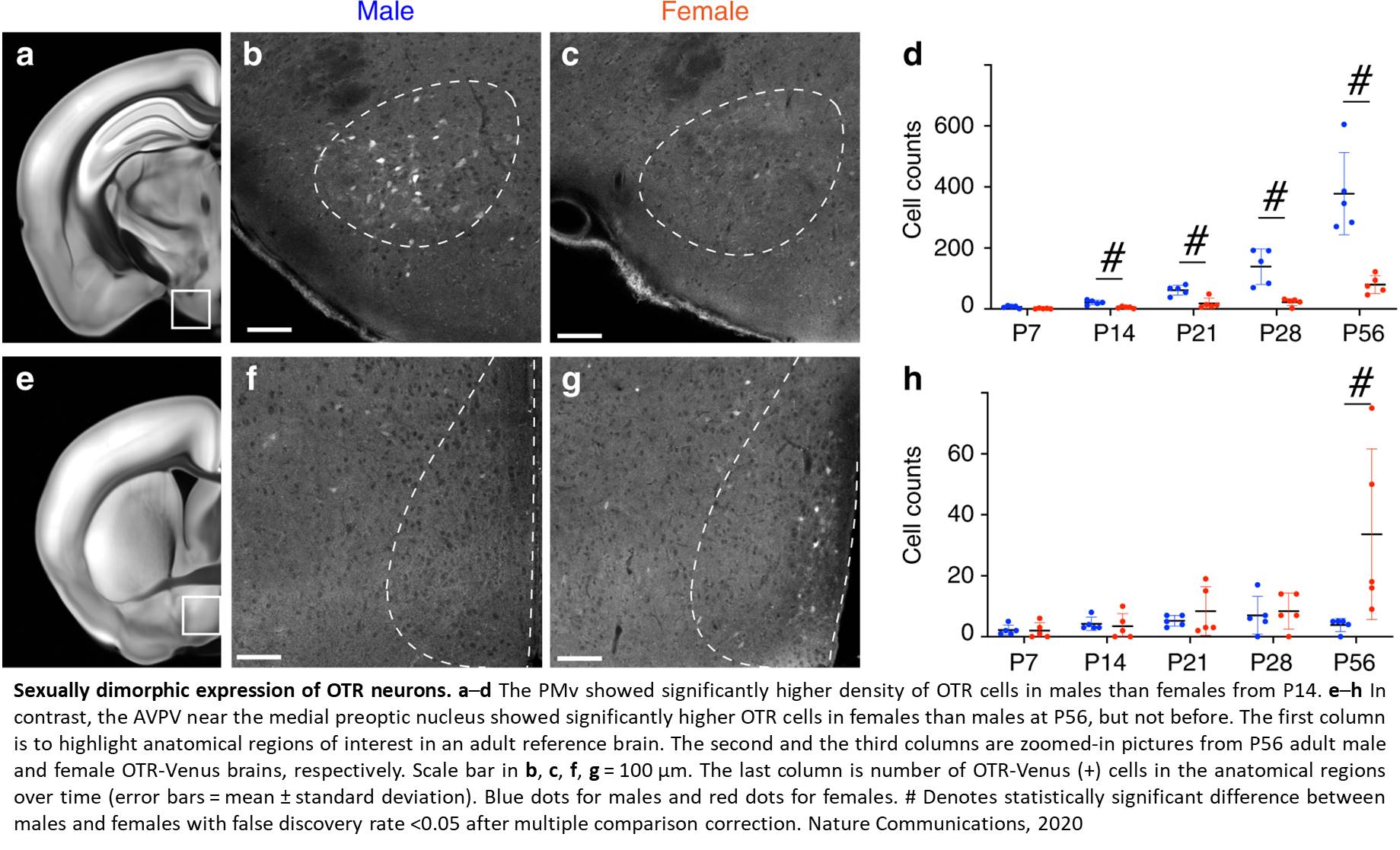 The researchers have developed a new method for studying key moments in brain development. They are using the method to understand how oxytocin receptor expression changes in normally developing mice and mouse models of autism spectrum disorder.

The technique allows scientists to create maps of developing mouse brains that can display how much of certain cell types are present in different regions -- and it is a critical first step in being able to study neurodevelopmental disorders in the brain.

The authors created maps to help them understand how oxytocin, a neurotransmitter produced by the brain, is utilized by the brain during the course of early development. Previous research revealed that oxytocin plays a role in regulating social behavior, but there is little information on how the receptors that mediate oxytocin's effect across the brain's neural networks are present in different parts of the brain across time during development.

The team created template brains from different early postnatal development periods -- 7, 14, 21 and 28 days after birth. The templates were created by generating averages of brain images and labelling key anatomy. They served as a reference point for imaging, detecting and quantifying the oxytocin receptors during different phases of development. The results of the study were recently published in Nature Communications.

The authors found that OTR expression reached its peak in mouse brains 21 days after birth, which is equivalent to early childhood in humans. OTR expression in the hypothalamus continued to increase until adulthood, indicating that oxytocin signaling may play a role in generating sex-specific behavior. They also studied mice who were unable to produce oxytocin receptors and noted that there was significantly reduced synaptic density -- indicating that oxytocin plays a key role in wiring the brain.

The senior author says the same method used to study OTR in this study could be applied to other brain cell types in order to understand their spatial arrangement across time. The research team built a web-based platform to host and display the new images for other researchers to access.

"These images will serve as an essential baseline to compare OTR expression in various mouse models of brain disorders," the author said. "We were able to study OTR expression in a mouse model of autism and will build on these findings by further studying functional and anatomical changes of different brain cell types and how genetic and environmental factors may affect brain development in early childhood."