A new method for the 3-D printing of living tissues 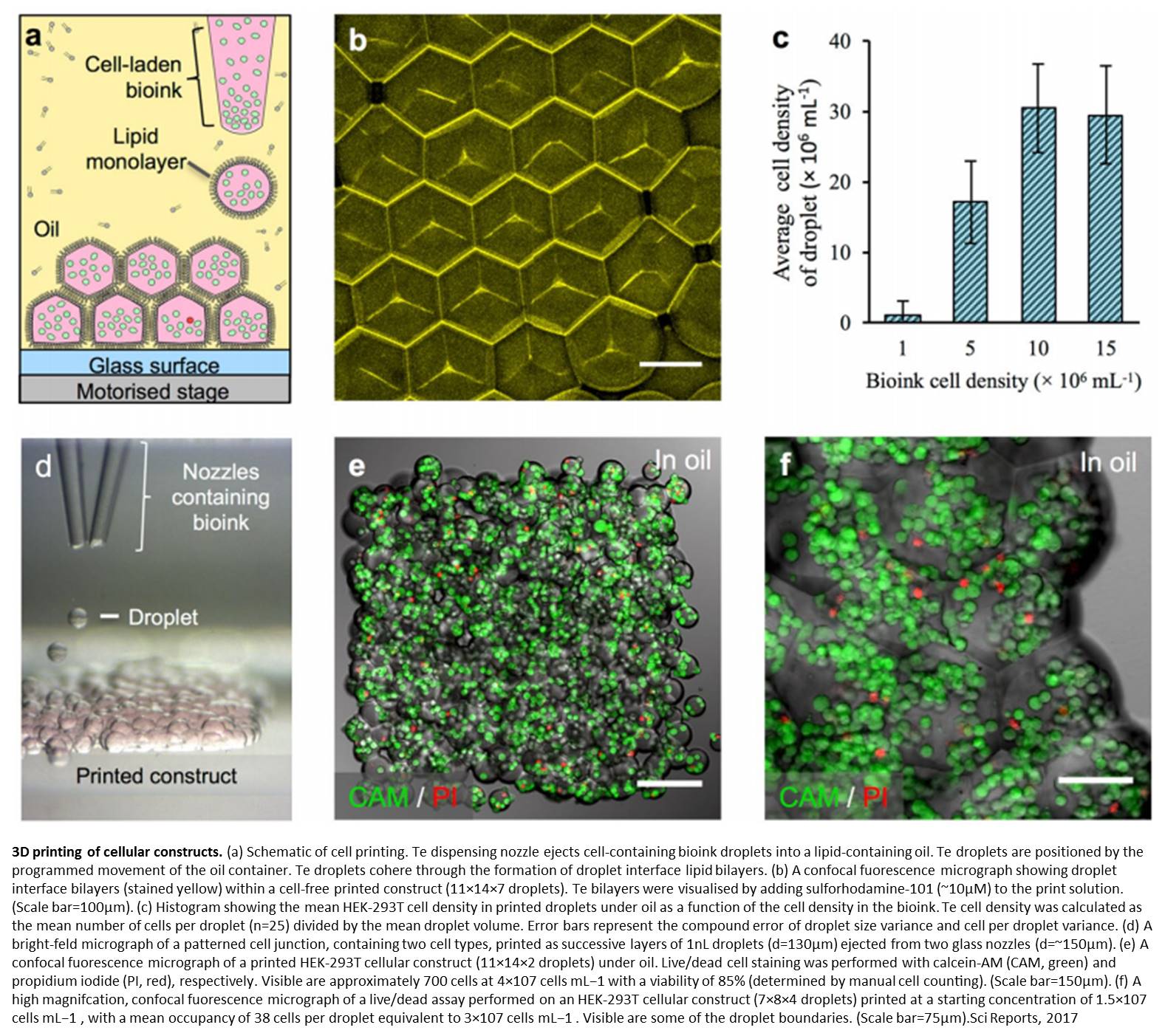 Interest in 3D printing living tissues has grown in recent years, but, developing an effective way to use the technology has been difficult, particularly since accurately controlling the position of cells in 3D is hard to do. They often move within printed structures and the soft scaffolding printed to support the cells can collapse on itself. As a result, it remains a challenge to print high-resolution living tissues.

In research published in the journal Scientific Reports, the research team demonstrated how a range of human and animal cells can be printed into high-resolution tissue constructs.

The team devised a way to produce tissues in self-contained cells that support the structures to keep their shape. The cells were contained within protective nanolitre droplets wrapped in a lipid coating that could be assembled, layer-by-layer, into living structures. Producing printed tissues in this way improves the survival rate of the individual cells, and allowed the team to improve on current techniques by building each tissue one drop at a time to a more favorable resolution.

To be useful, artificial tissues need to be able to mimic the behaviors and functions of the human body. The method enables the fabrication of patterned cellular constructs, which, once fully grown, mimic or potentially enhance natural tissues.

The lead author said: 'We were aiming to fabricate three-dimensional living tissues that could display the basic behaviors and physiology found in natural organisms. To date, there are limited examples of printed tissues, which have the complex cellular architecture of native tissues. Hence, we focused on designing a high-resolution cell printing platform, from relatively inexpensive components, that could be used to reproducibly produce artificial tissues with appropriate complexity from a range of cells including stem cells'.

The researchers hope that, with further development, the materials could have a wide impact on healthcare worldwide. Potential applications include shaping reproducible human tissue models that could take away the need for clinical animal testing.

The team completed their research last year, and have since taken steps towards making it more widely available. In January 2016, OxSyBio officially spun-out from the lab. The company aims to commercialize the technique for industrial and biomedical purposes.

Over the coming months they will work to develop new complementary printing techniques, that allow the use of a wider range of living and hybrid materials, to produce tissues at industrial scale.