A visual test to help screen for autism 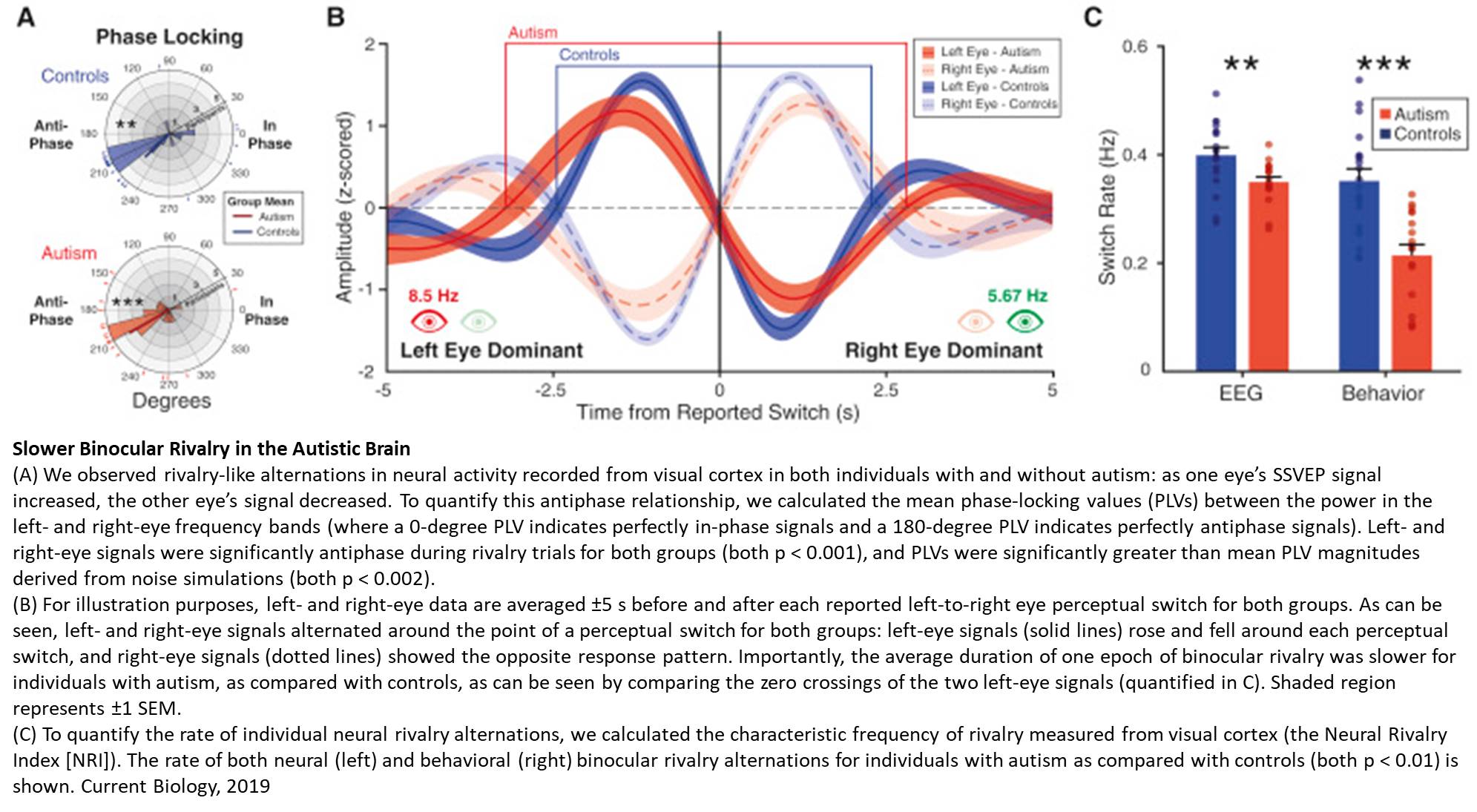 A research team has identified a non-verbal, neural marker of autism. This marker shows that individuals with autism are slower to dampen neural activity in response to visual signals in the brain. This first-of-its kind marker was found to be independent of intelligence and offers an objective way to potentially diagnose autism in the future. The results are published in Current Biology.

"Autism is hard to screen for in children, when the first signs are present. A trained clinician may be able to detect autism at 18-months or even younger; yet, the average age of a diagnosis of autism in the U.S. is about four years old," explains lead author. "We need objective, non-invasive screening tools that don't depend on assessing a child's behavior. One of the big goals of the field is to develop objective neural markers of autism that can work with non-verbal individuals. This neural marker is just that," the senior author added.

People with autism have long been thought to have differences in inhibiting the neural signals in the brain. This is thought to underpin symptoms in autism, such as hypersensitivity to sensory input, which includes differences in processing visual information.

When the human brain is presented with two different images at the same time, the images rock back and forth in awareness, toggling between the left and right eye. Prior research has demonstrated that the autistic brain is slower in switching from one image to the next (also known as slower binocular rivalry) due to differences in inhibitory neural transmission in the brain. In the autistic brain, the neurotransmitter, GABA, has difficulty filtering and regulating sensory signals, including in this case, suppressing one of the images.

The new study used brain imaging to measure the slower rate of binocular rivalry in individuals with autism. With these results, the research team was able to accurately determine if participants had autism and predict the severity of autism symptoms, which were measured using traditional clinical assessments.

To obtain the neural data, the study measured brain signals from a single electroencephalography (EEG) electrode that was placed on a participant's head, over the visual region of the brain. Participants were presented with one of two visual images: red checkerboards in the left eye and green checkerboards in the right eye that flickered back and forth at different rates.

The research revealed that neural data could be used to predict whether or not an individual had autism with 87 percent accuracy. The findings were striking and tracked with clinical measures of autism: participants with a higher level of autism had a slower rate of binocular rivalry, where the brain was slower in switching from one image to the next.

The research offers new promise for the way autism is diagnosed. "This visual test may be a non-verbal marker of autism in adults. Our next steps are to learn whether this test could potentially be used to detect autism in pre-verbal children and non-verbal adults and develop it into a screening tool for the condition. In the meantime, this result gives us new insight into the brain in autism, showing that visual regions of the brain are affected" says the lead author. The researchers also note that the visual sensitivities individuals with autism experience differ significantly among people on the autism spectrum, so while measuring these differences in visual processing may not detect autism in all individuals, it might help to better understand the autism spectrum.