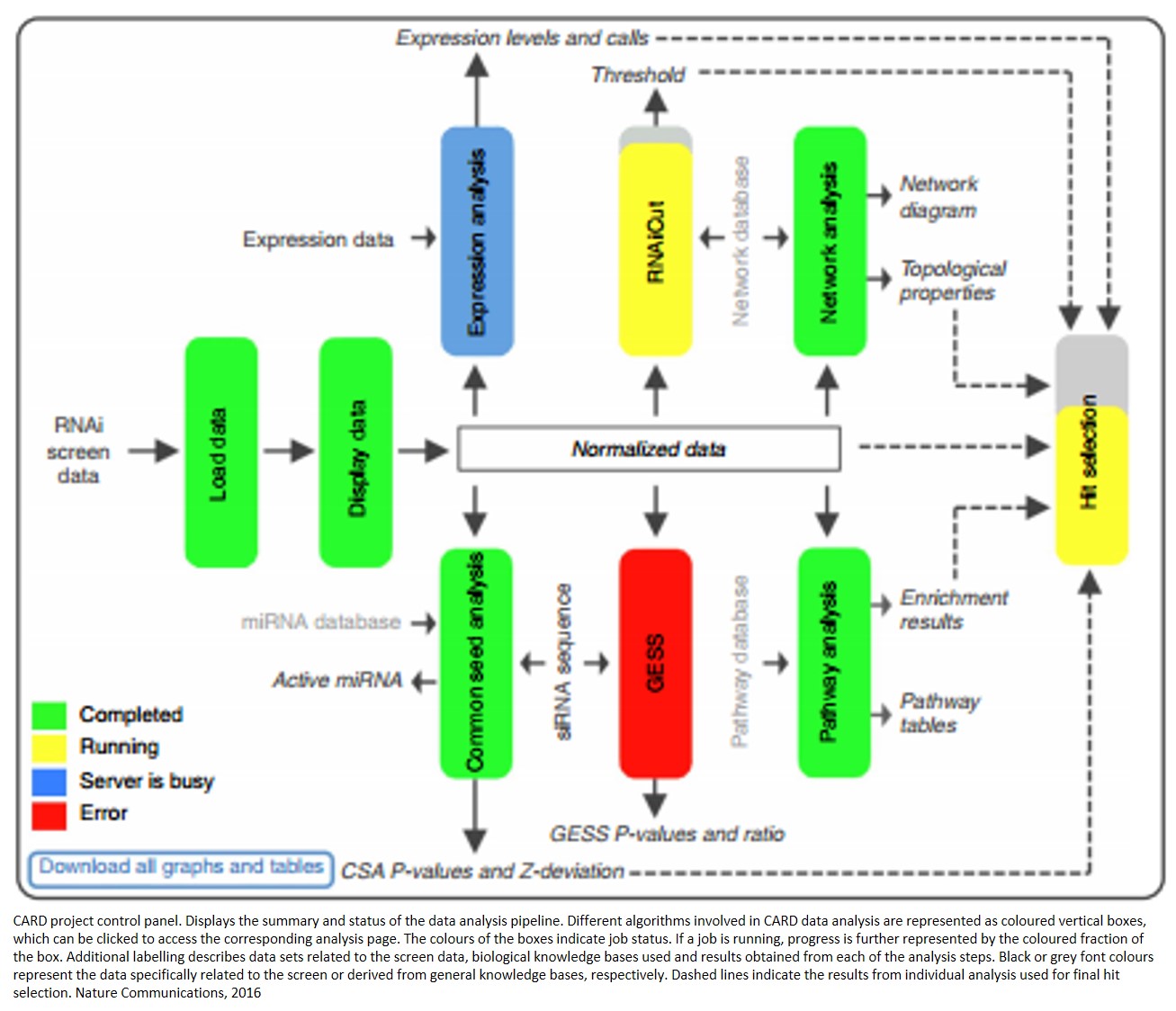 Although RNA interference (RNAi) screening technology has improved significantly in last decade, it still suffers from several limitations such as low validation rates of hits in secondary screens1 and limited overlap between independent screens.

The source of these limitations can be due to several experimental factors such as variable assay signalto-noise, short hairpin RNA (siRNA) seed-based off-target effects and insufficient target gene knockdown. Computational analysis of the screen data can identify and often correct for some of these experimental biases and improve the hit selection process, and several algorithms have been developed to reduce variation between screen plates, detect off-target effects identify optimal thresholds for hit selection and to relate screen hits to specific biological processes.

Although some of these existing algorithms are available as isolated software tools, they are written in different programming languages and often require proficiency in computer programming for implementation. Moreover, each of these programmes have different file structures necessitating manual formatting of large data files, and they also lack data visualization features essential for effectively representing large and complex data in an intuitive manner. Hence, there is a pressing need for an integrated software platform for comprehensive analysis and interpretation of RNAi screening data.

To demonstrate the functionality of CARD, authors analyze three published siRNA screens17–19. Implementation of CARD analysis on these genome-scale RNAi data sets leads to substantial improvements in hit selection, with preferential selection of hits showing higher validation rates and removal of a high proportion of genes that fail to validate.

Authors also demonstrate the use of siRNA seed enrichment in CARD to provide novel biological insight to potential miRNA regulation of the screened biological processes in several of the analysed data sets. The CARD software is free for scientific and non-profit use and can also serve as a platform for securely sharing screen analyses results.