Artificial Intelligence to detect infectious bacterial on the skin 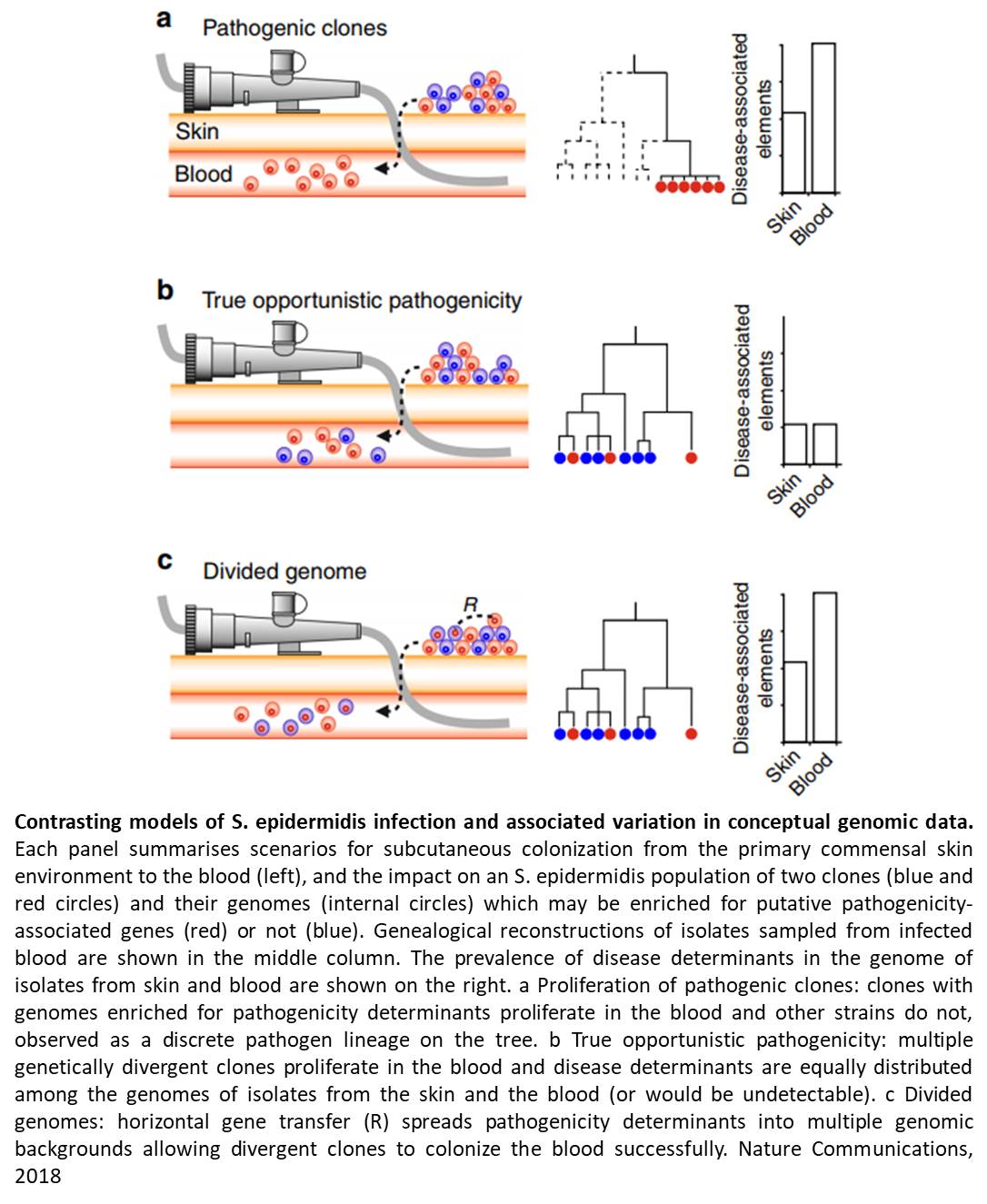 Staphylococcus epidermidis is an ubiquitous colonizer of healthy human skin, but it is also a notorious source of serious nosocomial infections with indwelling devices and surgical procedures such as hip replacements.

It has not been known whether all members of the S. epidermidis population colonizing the skin asymptomatically are capable of causing such infections, or if some of them have a heightened tendency to do so when they enter either the bloodstream or a deep tissue.

By combining large-scale population genomics and in vitro measurements of immunologically relevant features of these bacteria, they were able to use machine learning to successfully predict the risk of developing a serious, and possibly life-threatening infection from the genomic features of a bacterial isolate.

This opens the door for future technology where high-risk genotypes are identified proactively when a person is to undergo a surgical procedure, which has high potential to reduce the burden of nosocomial infections caused by S. epidermidis.