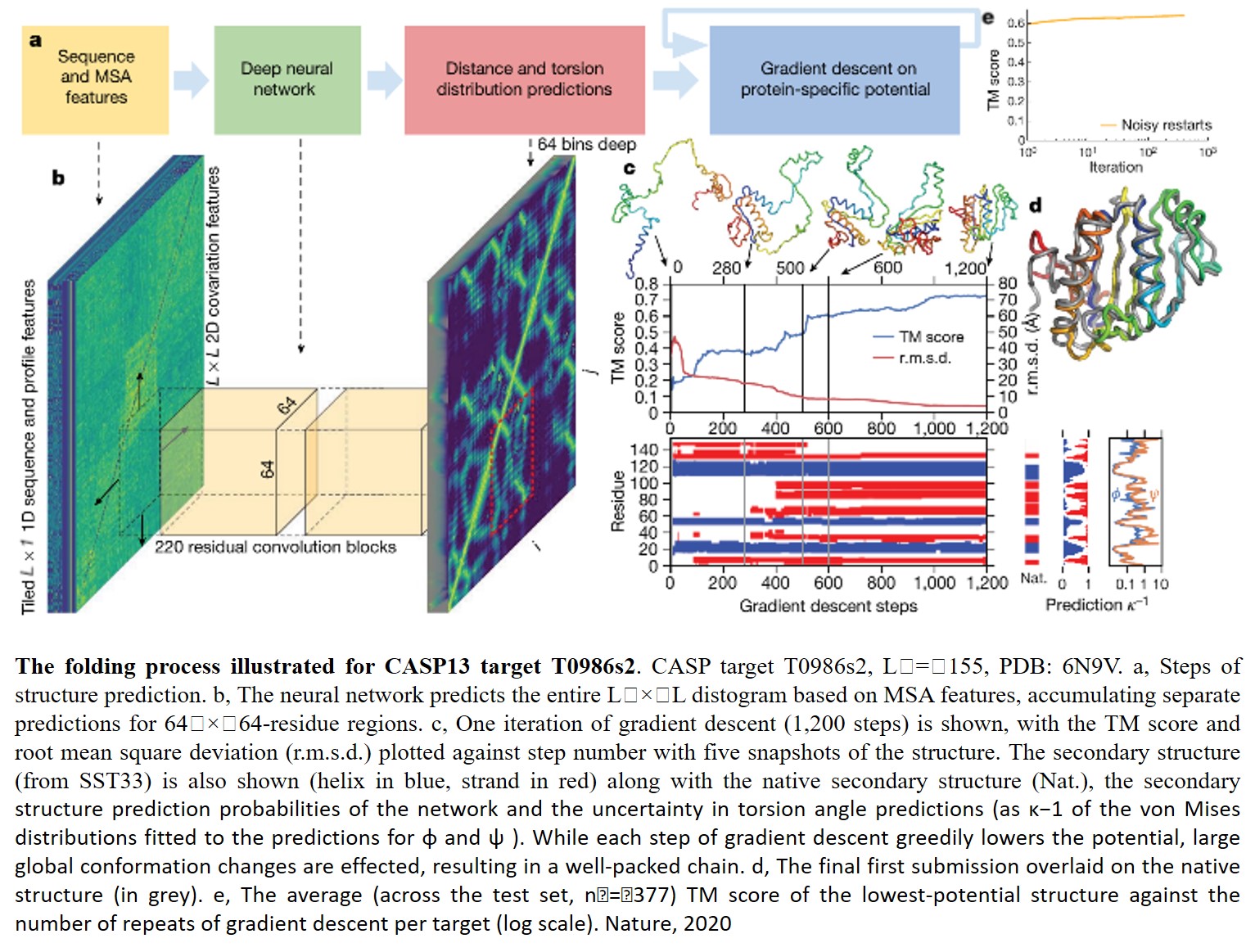 Nearly every function our body performs relies on proteins. Predicting the intricate 3D structure of a protein is important because its structure largely determines its function and, once the structure is known, scientists can develop drugs that target this unique shape.

Protein structure can be determined experimentally, using techniques such as cryo-electron microscopy, nuclear magnetic resonance and X-ray crystallography, but these are extremely costly and time consuming.

The new study, published in Nature, found that a deep learning system called AlphaFold could model protein structure from scratch – i.e., based only on genetic sequence – better than any previous modelling system and with a similar accuracy to systems drawing on templates of previously solved proteins.

The study co-author, said: "The 3D structure of a protein is probably the single most useful piece of information scientists can obtain to help understand what the protein does and how it works in cells.

“Experimental techniques to determine protein structures are time consuming and expensive, so there’s a huge demand for better computer algorithms to calculate the structures of proteins directly from the gene sequences which encode them, and DeepMind’s work on applying AI to this long-standing problem in molecular biology is a definite advance.

“One eventual goal will be to determine accurate structures for every human protein, which could ultimately lead to new discoveries in molecular medicine."

The lead author of the study, said: “Protein structure prediction is an extremely hard problem and our work builds on decades of progress by experts in the field. Although there is more work we need to do before we achieve consistently accurate protein predictions, we are excited about this step forward.”

A third set of algorithms was then trained to estimate how close the proposed protein structure was to the correct answer. Researchers identified proteins that matched their predictions and then used algorithms to invent new fragments of protein within a protein structure to get closer to what the structure may be.

Finally, a mathematical technique called gradient descent was used to improve the accuracy of the predicted structures.

To date, only about half of the proteins in the human body have been mapped. It is hoped that being able to map the structure of a protein rapidly and economically may help contribute to the understanding of disease and to the discovery of new treatments.

Understanding transcriptome and matrisome control of wound healing with activin Link between liver and heart disease!