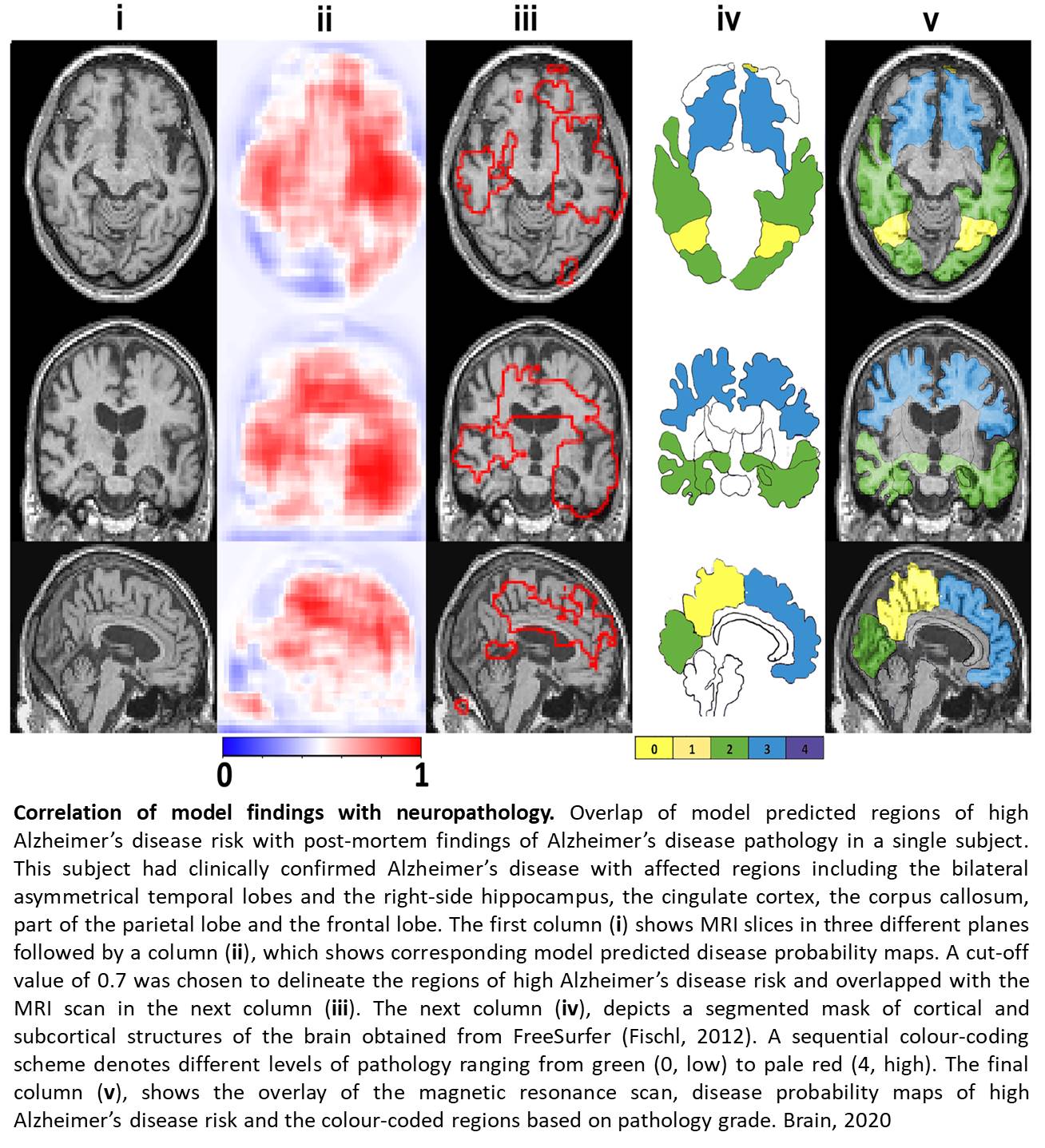 Researchers have developed a computer algorithm based on Artificial Intelligence (AI) that can accurately predict the risk for and diagnose Alzheimer's disease using a combination of brain magnetic resonance imaging (MRI), testing to measure cognitive impairment, along with data on age and gender.

The AI strategy, based on a deep learning algorithm, is a type of machine learning framework. Machine learning is an AI application that enables a computer to learn from data and improve from experience. Alzheimer's disease is the primary cause of dementia worldwide. One in 10 people age 65 and older has Alzheimer's dementia. It is the sixth-leading cause of death in the United States.

"If computers can accurately detect debilitating conditions such as Alzheimer's disease using readily available data such as a brain MRI scan, then such technologies have a wide-reaching potential, especially in resource-limited settings," explained corresponding author. "Not only can we accurately predict the risk of Alzheimer's disease but this algorithm can generate interpretable and intuitive visualizations of individual Alzheimer's disease risk en route to accurate diagnosis," said the author.

The researchers obtained access to raw MRI scans of the brain, demographics and clinical information of individuals with Alzheimer's disease and the ones with normal cognition from four different national cohorts. Using data from one of these cohorts, they developed a novel deep learning model to predict Alzheimer's disease risk. They then showed that their model could accurately predict the disease status on the other independent cohorts.

An international team of expert neurologists were then asked to perform the task of detecting Alzheimer's disease on the same set of cases. In this head-to-head comparison, the algorithm model performed slightly better than the average neurologist. They also showed that model-identified regions of high disease risk were highly aligned with autopsy reports of the brains on a few individuals who were deceased.

According to the researchers, this study has broad implications for expanding the use of neuroimaging data such as MRI scans to accurately detect the risk of Alzheimer's disease at the point of care. "If we have accurate tools to predict the risk of Alzheimer's disease (such as the one we developed), that are readily available and which can use routinely available data such as a brain MRI scan, then they have the potential to assist clinical practice, especially in memory clinics."

The researcher believe their methodology can be extended to other organs in the body and develop predictive models to diagnose other degenerative diseases. Gestational diabetes may not be prevented by balanced diet and exercise