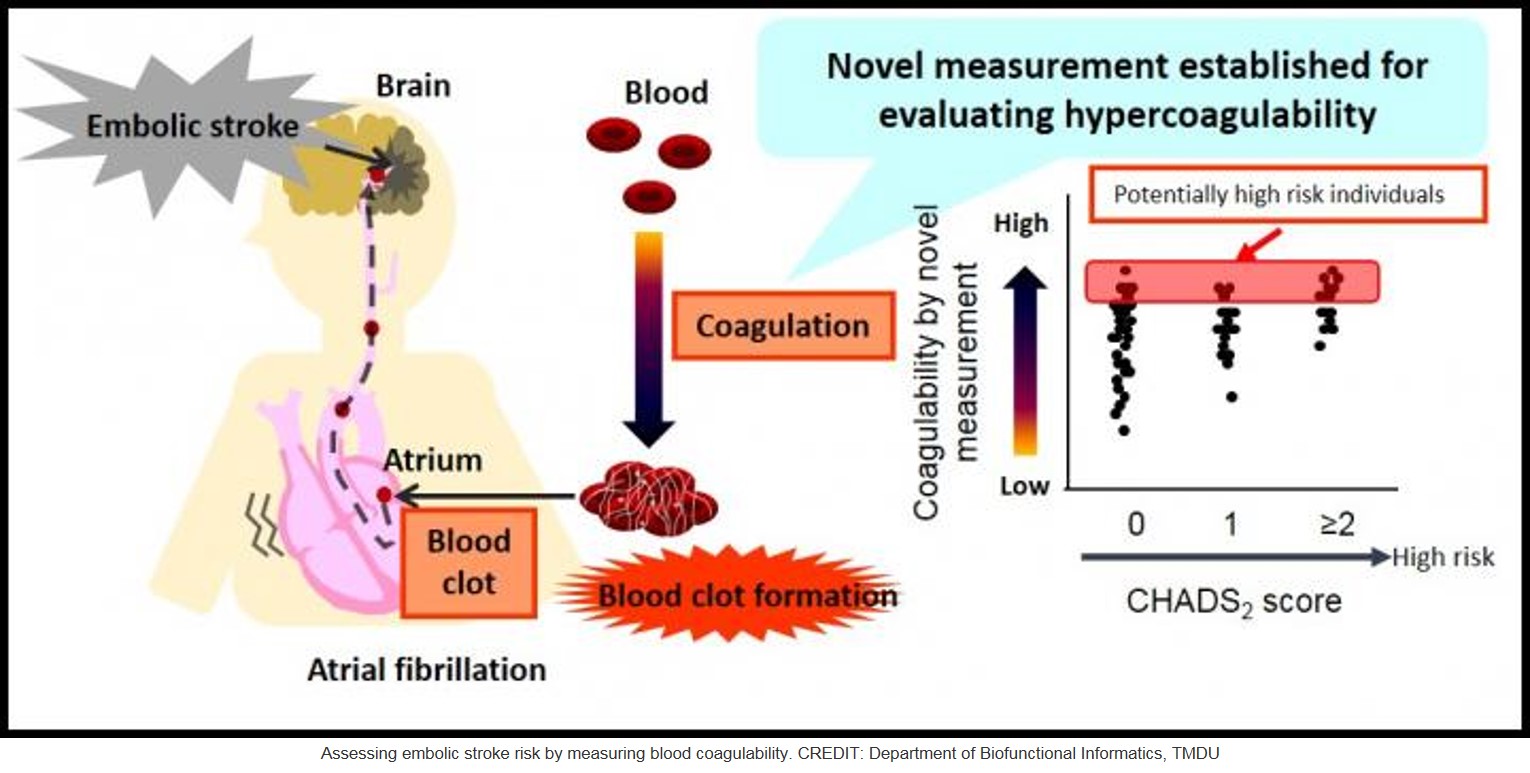 Researchers show that an analyzer recently developed to measure blood coagulability has the sensitivity to detect hypercoagulatibility associated with stroke risk in those without atrial fibrillation.

Atrial fibrillation (AF) causes an irregular and sometimes fast heart rate, and is a common risk factor for stroke. To estimate this risk in AF patients and determine the requirement for anticoagulation therapy, the CHADS2 predictive score is used. Because some parts of this score are also associated with atherosclerosis risk and increased blood coagulability, a high score has been proposed as linked to hypercoagulability (an increased tendency for blood clotting) in both AF and non-AF patients.

However, this association has not been fully investigated, partly owing to the lack of a sensitive means of detection. The research team used a highly sensitive technique to measure small changes in blood coagulation, and found hypercoagulability in non-AF patients with high CHADS2 scores. The study was recently reported in PLOS ONE.

Several physical and chemical factors affect blood clotting, some of which can be measured over time to determine blood coagulability and the likelihood of clot formation. Dielectric blood coagulometry (DBCM) is a recently developed test that measures changes in the dielectric permittivity of whole blood, representing clumping of red blood cells. The researchers used DBCM to detect changes in the dielectric permittivity of whole blood at 10 MHz. Comparisons between untreated blood and that with added heparin (a blood thinner) or tissue factor (a blood-clotting accelerator) enabled derivation of a coagulability index.

"We calculated the end of acceleration time (EAT) as an index of coagulability from temporal changes in dielectric permittivity," coauthor says. "This value reduced when tissue factor was added, and increased with heparin present. It was also sensitive enough to detect small changes in coagulability, particularly in hypercoagulability." EAT also boasts high reproducibility and reliability. New insights into neurobiology of decision-making and imagination

The pheromone darcin drives a circuit for innate and reinforced behaviors