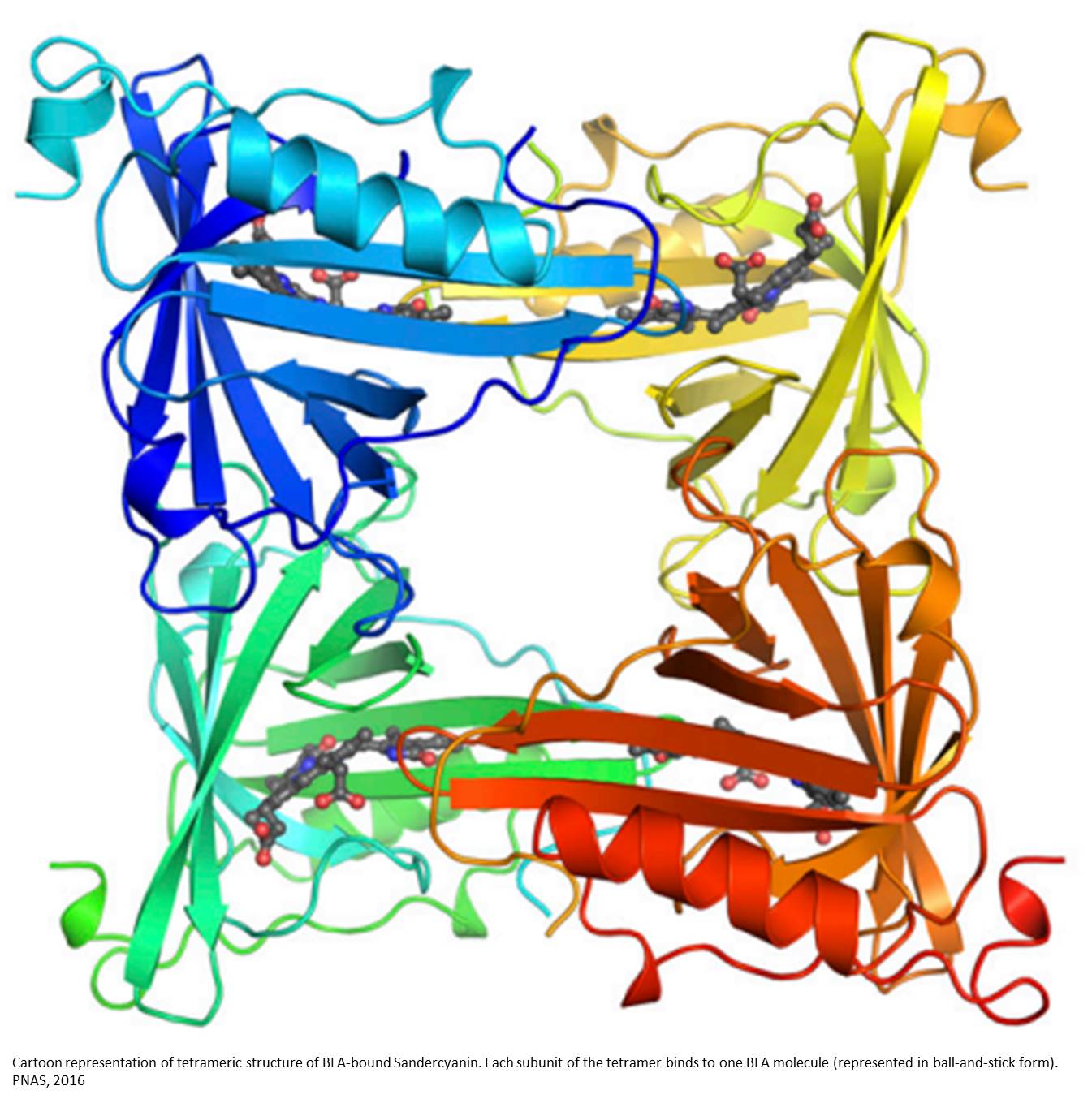 Sandercyanin is a blue pigment found in the skin mucus of blue walleye, a North American sport fish. The pigment consists of a protein noncovalently bound to biliverdin IXα (BLA), a product of UV-induced heme breakdown.

Researchers found that Sandercyanin emits bright red fluorescence when excited with UV light. The difference between the excitation wavelength, 375 nm, and the emission wavelength, 630 nm, is one of the largest spectral shifts observed among fluorescent proteins. Free BLA in water emits fluorescence at 450 nm, but shifts to longer wavelengths with increasing solvent hydrophobicity and viscosity.

The crystal structure of Sandercyanin revealed BLA bound in a hydrophobic pocket in the protein and forming numerous water-mediated hydrogen bonds and stacking interactions with the protein. The authors suggest that these protein–BLA interactions produce the large spectral shift by dissipating much of the energy absorbed by BLA upon excitation.

According to the authors, the unique fluorescence properties of Sandercyanin support its proposed role in protecting against UV radiation, and suggest that Sandercyanin might be engineered for use as a red fluorescent protein marker.

A single mutation in Zika virus results in microcephaly