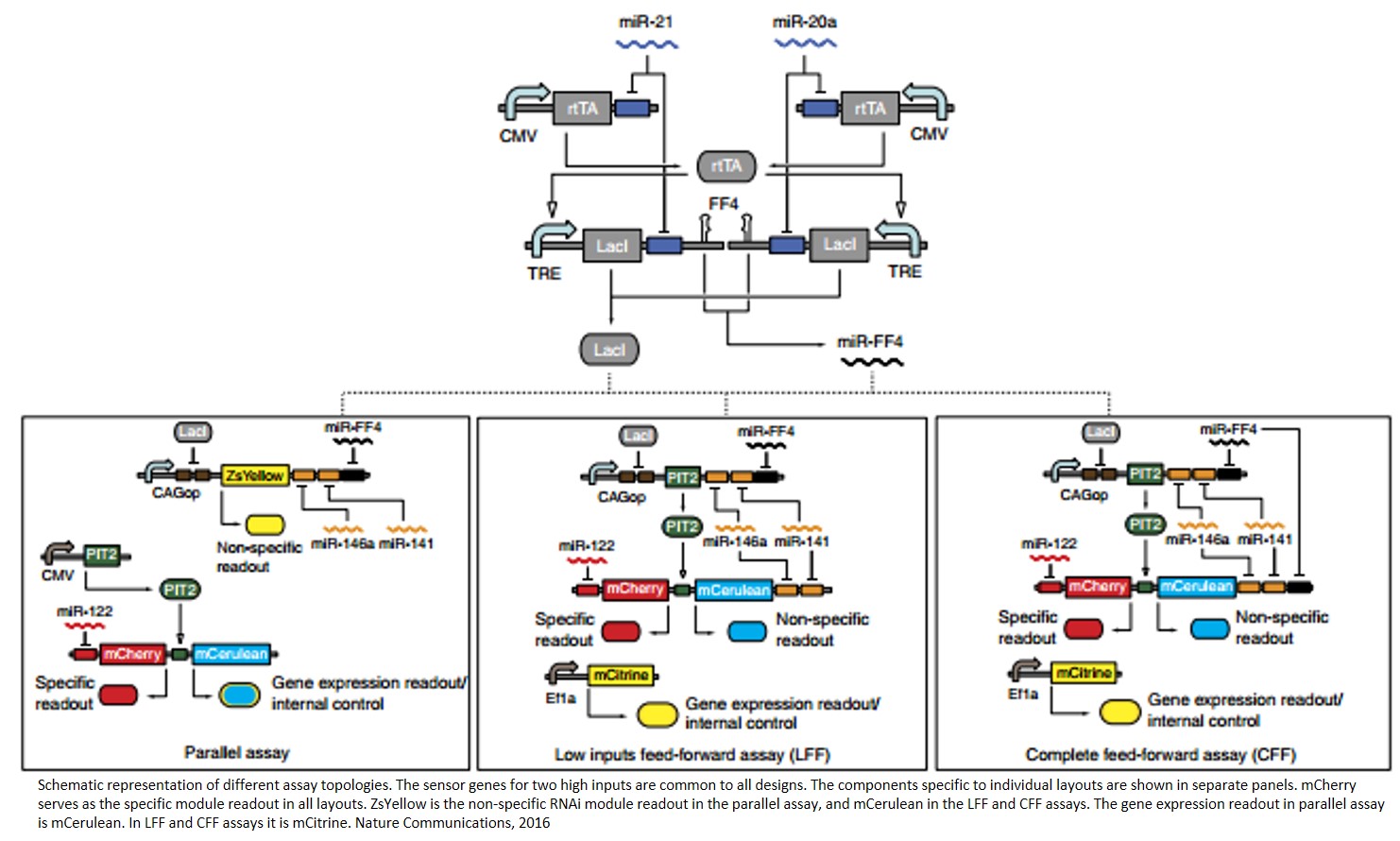 Multiplex assays and serial testing have been proposed as a way to gauge off-target effects, yet increasing the number of measured parameters reduces assay throughput and makes it unsuitable for large library screens.

The weaknesses of cell-based assays are amplified with microRNAs (miRNAs) as drug targets. miRNA activity can be enhanced using miRNA mimics and inhibited with complementary RNA analogs or genetic sponges. The search for small molecule miRNA modulators has relied on qPCR and genetic reporter assays, to produce a few candidate compounds.

However, multiple miRNA molecules can be easily targeted by the same compound due to similarities in nucleotide sequence and phosphoribose backbone, shared maturation pathway, and common pri-miRNA precursors; therefore, the likelihood of side effects is high. Given that miRNAs are promising drug targets playing an important role in a large number of diseases, there is a need for miRNA drug discovery tools that adequately address the high risk of non-specific effects with this target family.

Researchers propose to address this challenge via rapid assessment of multiple off-target effects using intracellular genetic information-processing circuits. These circuits are complex artificial regulatory networks that convert predefined biomolecular input cues into one or more gene products (outputs), according to a specified relationship.

The circuits are implemented with multiple artificial genes that are delivered to and expressed in living cells. In the context of miRNA drug discovery, one can envision a network whose inputs are multiple potential off-target miRNAs and whose output is a single fluorescent reporter. This network would generate high output fluorescence when all its inputs are in their default (ground) state, corresponding to the lack of interference between the drug and the inputs, and low fluorescence otherwise, corresponding to at least one side effect.

Authors describe a novel cell-based assay that utilizes a genetic information-processing circuit to integrate and compress multiple miRNA inputs into a small number of fluorescent reporters to distinguish between off-target and specific effects of candidate compounds.

Using an iterative simulation-aided design process, they implement the concept for miR-122, a promising drug target in liver cancer and hepatitis C.

They validate the assay in HuH-7 cells using miRNA mimics and inhibitors, then further adapt it for automated screening and test a library of ~700 compounds.
Finally, authors reprogram and revalidate the assay to address additional miRNA drug targets and off-targets. Importantly, and show that compounds that would have been mistaken as specific hits with traditional methods are correctly identified as non-specific modulators.

This study presents a precise yet high-throughput approach for miRNA drug discovery. The general concept is applicable to additional target families with appropriate modifications in the sensing and processing components.